Feel Pretty and Lovable No Matter What Others Say 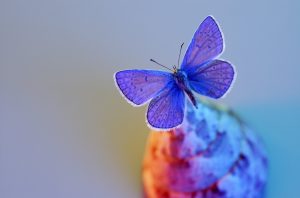 Blake* was the kind of woman other women wanted to be like and men liked to be with. Between her intelligence, effervescence and attractiveness, she was hard to ignore when she walked into a room. A few years ago she moved to a new city and for the first time in her life had a difficult time making friends. As her ambivalence about her new home grew into aversion, she found herself losing confidence and feeling dispirited.

One evening she tagged along with some acquaintances to happy hour.  As they left the restaurant, they passed several young men who rated the women in her group as they walked by. Because she was pretty, Blake was accustomed to rebuffing unwanted attention. She would roll her eyes or if pushed, describe in colorful terms what the accoster could do with their comments. She was confident in her 9 or 10-ness.

“There’s a six,” one man declared as she strode by.

“A six?” Blake said indignantly when she told the story later.  “I was so shocked that for the rest of the night all I could think of was, ‘I’m a six’.” When the shock wore off, she had to admit she let herself become a six. Her unhappiness and lack of confidence had changed her. Blake’s inability to make friends in a city where she felt like she did not belong told her she was not the person she thought. In the mirror she looked exactly the same but she was no longer connected to her true self.

How others see us is not as important as how we see ourselves obviously, but we must acknowledge the connection and how we allow the opinions of others and our experiences to affect us. We project our own worldview, history and prejudices on others and they on us to the point that it is hard to know who we are apart from the conflicting external feedback.  The ancient philosophical question, ‘if a tree falls in a forest and nobody hears it, does it make a sound?’ could be reframed to, ‘if you are perfectly fine and nobody notices are you still lovable?’ Are you kind only if others confirm your kindness? Are you desirable depending on whether the boys on the corner rate you an 8 or higher? Are you worthwhile only if you have the job, perfect children or loving partner to prove it?

When we are connected to our true selves which is the energy of love, what happens around us may shake us temporarily or elevate our anxiety for a time but then like Blake and Taylor Swift, we can shake it off by remembering our innate ten-ness. Our behavior or life situation may not be perfect or as we want but these are separate from who we are.

*Not her real name

What Would Your Life Be Without Fear?
archives most recent
More from Beliefnet and our partners
previous posts