Everyone Will Disappoint You 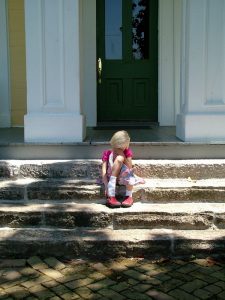 Holly* and her parents had always had a tight bound.  When it was time to go to college, she chose one in the city where she grew up so she would be close to home. She worked hard and never went through a serious rebellion stage possibly because she was prone to anxiety or perhaps because she was not inclined.

So, imagine her parent’s shock when they got a message from her saying she was severing all ties and did not want to hear from them again. No discussion.  No warning.  The grieving parents combed through their memories of past conversations, disagreements and possible misunderstandings looking for an explanation but there was none to be found. Their daughter had deserted them for no discernible reason and they were understandably heartbroken.

We all know big and small stories of betrayal, hurt and disappointment. Can you believe William was cheating on Denise?  Did you hear that Laura in accounting was cooking the books? I can’t believe Charlie did not call me back. Broken hearts and promises with a side order of crushed expectations  are a normal part of human relationships yet we always seem surprised and continue to get upset when other people have emotional reactions, human failings or don’t follow our script for them.

Are people just selfish, dishonest and cruel? Absolutely not.  Most people aspire to be kind, honest and helpful but we perceive their actions from widely different perspectives depending on our own experiences, values and expectations. A person cannot take into account the reactions of everyone they care about before taking a job or leaving an unhealthy relationship. Sometimes people act out of anger or desperation and react in ways that have little to do with the recipients of these behaviors.

The road to happiness and peace of mind is paved with few expectations around other’s behavior and high levels of love and forgiveness for actions that disappoint us. This is possible when we accept others will do things that upset us.  The closer the relationship, the more bitter the disappointment.  We can take responsibility for our part in causing pain in others but when conduct is offensive or mean, it usually has little to do with us. Lashing out is a reaction to a perceived threat. The person lashing out thinks you can hurt them or make them feel worthless. If this is your goal you have some explaining to do.  Otherwise, they are wrestling with their own demons.

Two years pass and out of the blue, Holly’s mother gets a call.  Holly was struggling with anger, confusion and thoughts of suicide. She blamed her parents for her crippling anxiety and depression and wanted to hurt them because she hurt. With therapy  Holly discovered more effective coping strategies that did not include cutting off her family. Her parents spent two years racked with guilt wondering what they did wrong when the whole time the answer was nothing.