How Yoga Can Help with Depression and Anxiety

Through research, Forbes has found that depression and anxiety are diseases that people experience because they’re stuck in a cycle of negative self-talk and partake in obsessive rumination on the past or anxiety about the future. 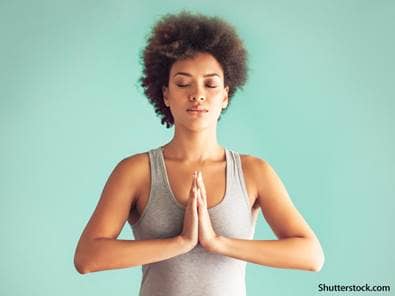 According to the Anxiety and Depression Association of America, 40 million adults suffer from anxiety disorders associated with mental illness – that equates to 18% of the population. Patients who suffer from anxiety disorders associated with depression spend more than $42 billion a year, which is almost a third of the country’s $148 billion total mental health bill. Statistics show that many of the pharmaceuticals used to help the symptoms with depression and anxiety can negatively impact an individual’s well being. Weight gain and decreased sexual desire are just two of the most common side effects patients using medications to treat depression and anxiety have reported.

New research has shown progress for those patients who utilize yoga as a treatment. Bo Forbes is a clinical psychologist, yoga teacher and the founder of Integrative Yoga Therapeutics. IYT is a system that specializes in the therapeutic application of yoga for anxiety, insomnia, depression, immune disorders, chronic pain and physical injuries. In an interview with CBS Forbes said, “Most people aren’t aware that inside each of us, there’s a mind-body communications network that contributes to the patterns of anxiety and depression. This network includes the autonomic nervous system, the enteric nervous system (also called the belly brain or guy microbiome), the immune system, pain modulation pathways, connective tissue matrix, and more.”

Through research, Forbes has found that depression and anxiety are diseases that people experience because they’re stuck in a cycle of negative self-talk and partake in obsessive rumination on the past or anxiety about the future. However, Forbes believes that changing an individual’s body pattern will help change the mind. Unlike other yoga classes offered in mass settings, these classes are targeted towards increasing the awareness inside the body by integrating breathing techniques within every movement. Through these innovative breathing and movement exercises people are able to specific questions and cues that serve to increase a person’s awareness of the sensations in his or her body.

An example of a technique that Forbes uses in her class is beginning by standing on a tennis ball and rolling your foot with medium to strong pressure over the ball. The exercise massages connective tissue, stimulates the relaxation response and aids in calming the heart. After an exercise, like this, Forbes would ask - “What is the quality of my mind right now? How deep is my breath? Does one foot feel a different sense of freedom than another foot?“

Furthermore, yoga is known to reduce stress which is the root to majority depression and anxiety cases. By increasing a heart’s variability a person can have the ability to respond to stress more flexibly. The University of Utah has also conducted studies reviewing yoga practitioners and how their pain response is relative on an MRI. The study found that yoga practitioners had the highest pain tolerance and lowest pain – and the lowest pain-related brain activity is visible on the MRI. These results reveal that yoga can truly help a person regulate their stress and pain responses. If people are able to turn their depressive state around, then those same people will not only improve their quality of life but also further their longevity in life.