The Role Faith Plays in Your Health

There have been studies linking good health to faith. Over 200 scientific studies found that attending church, prayer, mediation of scripture leads to many benefits like less depression, colds, heart disease, cancer and addiction. 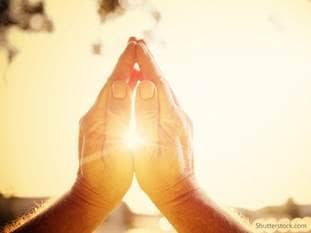 There have been studies linking good health to faith.

The Journal of Aging and Health published a study looking at church attendance and mood relations among older adults (791) with a mean age of 75.62 over an eight-year-period.

They concluded that church attendance and faith kept them healthy--less depressed.

Researchers at of the Moffitt Cancer Center in Tampa showed that in 44,000 cancer patients that faith and spiritual beliefs impacted treatment positively.

Moods, well-being, and feeling better overall physically were reported in a study lead by Heather Jim, PhD, the lead author. Patient’s social interaction also improved according to the press release.

"These relationships were particularly strong in patients who experienced greater emotional aspects of religion and spirituality, including a sense of meaning and purpose in life as well as a connection to a source larger than oneself,” Jim said.

There is not one particular religion that is better than the other.

“Patients should not be pressured into adopting religious or spiritual beliefs. Although our data suggest that patients with greater religion/spirituality tend to have better perceived physical health, these are aggregate-level data.”

Faith encourages healthy behavior helping people avoid cigarettes, drugs and alcohol. It helps us eat better, and take care of our bodies more. For example this can be to watch portion size, education yourself on GMOs, pesticides and choosing organic foods. We need to take the reins as well for a healthy body by being proactive.

Finding a prayer group, study, and prayer group also can help people feel connected, and encouraged, but also can boost the immune system. Isolation can cause depression, and can weaken the immune system, as well lead anger. People who pray are less likely to get sick, and recover quicker from illnesses emotionally and physically. We can read the Word of God to build ourselves up both in the mind and in the body, or we can meditate for inner peace.

“Don’t worry about anything; instead, pray about everything. Tell God what you need, and thank him for all he has done. Then you will experience God’s peace, which exceeds anything we can understand. His peace will guard your hearts and minds as you live in Christ Jesus,” Philippians 4:6-7 said.