Research is showing that prayer does carry weight, and plays a role in our health. 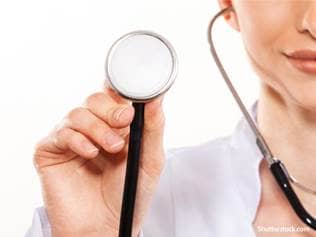 Research is showing that prayer does carry weight, and plays a role in our health.

Mitchell Krucoff, MD at Duke University School of Medicine has been studying the correlation of prayer and health since the 1990s he shared with WebMD.

He said the amount of studies on the subject have increased over the decades as researchers are finding the benefits of prayer and meditation. Prayer has been found to calm the body, help deal with stress, builds self-control, and helps with anger in a healthy way. We know that stress can kill. It can lead to heart attacks, strokes, and other illness.

"All of these studies, all the reports, are remarkably consistent in suggesting the potential measurable health benefit associated with prayer or spiritual interventions,” he said.

Another cardiovascular specialist at Harvard Medical School found there is a relaxation response the body goes to when people prayer and mediate. The heart rate slows, and blood pressure also goes down as the body goes into a calming state.

In a Huffington Post piece on the connection of prayer and health Benson believed that most doctor visits stem from stress. Illnesses like depression anxiety, high blood pressure, and ulcers can be traced to an overactive mind and  body.

“For Buddhists, prayer is meditation. For Catholics, it's the rosary. For Jews, it's called dovening. For Protestants, it's centering prayer. Every single religion has its own way of doing it, Benson told,” WebMD.

Benson has documented the brain’s activity when the body goes into a meditation and prayer, it allows the person to go into what he called “quietude,” and the body becomes increasing regulated and calm.