Foods high in fat, meat and dairy products, foods high in saturated fat such as fried and processed foods as well as fish high in mercury, refined sugars and sugary beverages are all associated with increased AD risk. 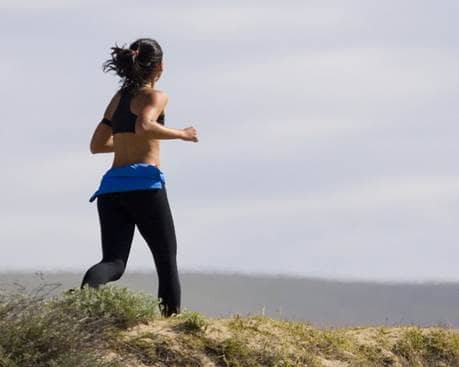 Losing a loved one to Alzheimer’s disease is one of the most painful experiences and most dreaded diagnoses I make as a geriatrician. While some cases of Alzheimer’s disease are heavily affected by a person’s genetic make-up, fortunately the majority of cases are not genetically predetermined, making Alzheimer’s risk reduction possible.

There are two main forms of Alzheimer’s disease (AD), early and late-onset. While early onset of AD is genetically related, this only accounts for 15% of cases. The APOE e4 gene is present in 40% of people who develop late-onset disease. This gene is also present in 25-30% of the general population, indicating that genetics is not the whole story. The remaining 85% or more cases of AD are late onset and more related to diet and lifestyle factors.

While there are several contributing factors to the development of Alzheimer’s disease, neurologic and vascular research is beginning to unravel some of the lifestyle behaviors and environmental mechanisms, which either increase or lower our chances of developing this disease. For example, diet is related to risk of Alzheimer’s. Foods high in fat, meat and dairy products, foods high in saturated fat such as fried and processed foods as well as fish high in mercury, refined sugars and sugary beverages are all associated with increased AD risk.

The significant differences in the reported rates of Alzheimer’s disease around the world give credence to the influence of lifestyle factors. In general, Western lifestyle countries have higher reported rates of AD than those of the East and Africa. Differences in animal fat consumption seem to play a role in lower rates of AD in countries with more plant based diets. The same behaviors that increase the risk of cardiovascular disease appear to increase the risk of late onset AD. These include: lack of exercise, smoking, hypertension, hypercholesterolemia, poorly controlled diabetes mellitus, the metabolic syndrome and poor diet (lacking in fruits and vegetables, coupled with excess calories, resulting in excess weight).  Essentially all of above illnesses are associated with increased levels of inflammation in the body. These same inflammatory changes seem to also influence the risk of Alzheimer’s.

So, how can we decrease our risk of developing AD? Here are five key lifestyle changes:

2.   Don’t smoke. Smoking is inflammatory and damages our respiratory and cardiovascular system.

5.   Increase mentally stimulating activities such as social engagement, work, or mentally challenging leisure activities exercising the brain is important to prevent cognitive decline.
Although this only scratches the surface of Alzheimer’s, a healthy lifestyle is currently our best point of attack in the battle against AD.