Staying Sharp as We Age

As we age we do lose our ability to think quickly or remember things like we used to. Staying sharp as we age is possible if you’re proactive. 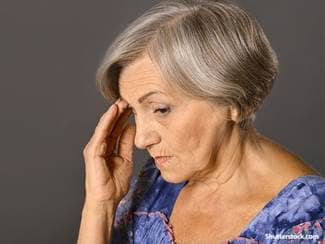 As we age we do lose our ability to think quickly or remember things like we used to. Staying sharp as we age is possible if you’re proactive. Yes, the brain does shrink as we age, as we lose more matter every decade and starts to decline more after 60.

The nerves in our brains become affected and disrupt the connection to other brain cells. The shrinking happens in the frontal cortex, and by 70 people’s brains are 15 percent smaller. The end result cognative problems (People also lose weight as they grow older.)

Humans are the only animals with specific brain diseases like Alzheimer’s. “But even normal, apparently healthy human brains show the effects of aging, such as the buildup of amyloid-B plaque deposits and loss of neural connections, especially in regions linked to learning and memory.

And previous studies of human brains have suggested that these brain regions, which include the frontal lobe and the hippocampus, are especially prone to shrinkage with age. You can set yourself up of success for the future by not only keeping you mind in good health. This also includes taking care of the body and the soul.

We’ve heard over time how we can have longevity during advance years. This is by doing puzzles, increasing social circles, relationships, joining or participating in a religion. There are Practical things you can do to put this plan in action, yes, you! No matter where you are right now you can be proactive to make sure that age doesn’t hinder the journey. How? It can be simple by taking one thing at a time. You can stop smoking. Smoking not only ages the body and the damages organs and tissues—it also ages the brain. Smoking was found to alter the thickness of the brain’s cortex.

When this starts thinning out, it impedes memory, additional decline of the brain. Tim Locke of WebMD UK interviewed Professor James Goodwin. Goodwin is head of research at UK Age.

“While avoiding smoking is the best way to reduce the risk of brain decline, dementia and other cognitive diseases, this study gives new hope that quitting smoking, even in mid-life, can bring important benefits to the brain, as well as the rest of the body.”

Eat better and change your lifestyle. It been studied that being active by even walking daily, if you can, helps improve mood and your health. Try swimming, try a swimming class. It is low impact and also has benefits. Read, do puzzles, and other tasks that challenge the brain. Play games that use strategy. This can be online games.

Learn a language, learn a new hobby, and keep learning. This will keep the brain active--do something that also excites you. Using the excuse that that you’re too old is just that—an excuse. Get social. Join a book club, find network of people, or find a community to join. Live with a purpose or float the rest for your life.

Donate time, offer services to help needy kids or pets. Find something that will help you thrive. The University of Queensland in Australia found that the more social groups that people are involved in the better it will be for their health. So get networking. Also, staty active. This reduces risks for dementia and more WebMD reported!