A New Model for Aging

The higher level of religiosity among seniors is manifesting itself not only in what they think, but also in what they do, even outside church. 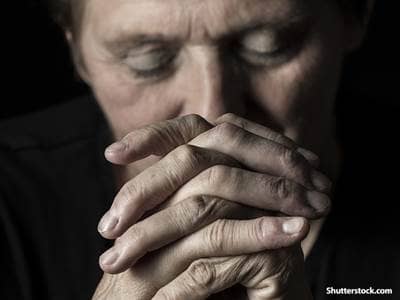 Picture an Art Exhibit in upstate New York. The opening show attracts a crowd of all ages. People are milling around the art gallery enjoying splashes and lines of color and creativity. They strike up conversations.

Three teenagers debate the artist’s mood behind one of the art pieces.

Standing nearby, looking thoughtful, two senior citizens lean in toward one another and cut to the chase.

“Do you remember how old you were when you began your spiritual journey?” Jim asked Marie.

“Two-years old,” answered Marie without hesitation. “My father told me that at the age of two, I was determined to see the good in everyone and everything.”

The conversation between the two golden-agers wasn’t a memory test. By this point in their life, they took less time for trivialities. It was, however, a sign of our near future.

Instead of measuring success, as when in the prime of life, aged 20 through 50, by being busy all the time, success is instead measured by the spiritual qualities of originality and dignity needed to cope with the challenges that come with aging.

Its creating a beautiful new landscape on the horizon.

Driven by improvements in longevity and a declining fertility rate, the senior population, aged 65 and older, is growing, by leaps and bounds, around the world. In the United States there are currently 46 million seniors who contribute to 15 percent of the population. The numbers are projected to increase to 98 million by year 2060, rising to nearly 24 percent of the total population. Pew Research Center explains that 51 percent of the Silent and Greatest generations (born 1928-1945) attend religious services on a weekly basis, substantially higher than the 38 percent of Baby Boomers (born 1946-1964) and the 27 percent of Millennials (born 1981-1996).

The higher level of religiosity among seniors is manifesting itself not only in what they think, but also in what they do, even outside church.

After Marie retired, she started making art. She attended classes to learn about multi-media techniques and began integrating those techniques with watercolor, acrylics, and oils. She regularly meets and networks with other artists who also embrace inspiration and talent, rather than doom and gloom.

These thoughts and actions, attitudes if you will, are contributing to a new model for old age. Aging doesn’t have to be accompanied by decline. It can be uplifting. It can be pleasing. It can trigger the greater population to follow along.

The Arthritis Foundation of the United States and Australia supports a Tai Chi Program designed to increase flexibility, muscle strength, and heart/lung activity. It’s been tailored to seniors.

Certified instructors of Tai Chi help seniors align their posturing and improve balance by using safe methods. For instance, by shifting the body weight from leg to leg through incremental movements, balance can be increased or restored.

Tai Chi also addresses many other issues that can reduce the risk of falling, by improving mobility and maturing body awareness.

The interest in awareness opens the mind to progressive ideas.

Etta, now in her 80’s, taught dance lessons for more than 50 years, to hundreds of students. Though not real religious, Etta definitely appreciates spirituality because she could see it expressed in dance and in the discipline required to dance.

Recently, her spirituality was challenged by old age, however ultimately was uplifted.

When her husband died last year, Etta went into a funk. Not knowing what to do with the rest of her life, or even if she wanted to live it out, she finally turned to her spirituality. And, there it was. Not dead and gone, but alive and well.

Getting moving again on her spiritual journey, Etta felt inspired by new ideas. She began teaching Yoga classes for seniors, many who are younger than herself. She also figured out that, because she can’t safely kick her feet as high as she used to, she could shuffle her feet to follow dance steps.

Etta isn’t whirling around the dance floor, but she is enjoying the feel of dance again.

It took a few months before Etta said, “I got over thinking I had to perform like I did in the past. And the more I moved each day, even tiny steps, the stronger I got.”

Etta believes her spirituality comes from God, or whatever anyone wants to call that which is greater than ourselves. She said, “Because when there was nothing left in the world for me to believe in or go to, there is God, a good God, to pull me through.”

Most all of us can think of someone who has aged gracefully and leaves a wake of amazement following their accomplishments. Seniors volunteer, serve in the community, and help family and neighbors. Seniors are a source of wisdom galore. They are a blessing and encouragement to our environment. They always have been when we think about it.

For example, we read in the Bible about Moses, who at the age of 80-years led the Children of Israel out of Egypt. His cohort was Aaron, 83-years old.

Along with Aaron, Moses lead the Children into a wilderness where they lived for 40 years. It was a time of spontaneity. A time for spiritual growth out of beliefs that previously kept them in bondage in Egypt.

During those forty years, Moses himself explored how to age with nobility. His patience was tested multiple times when the Children doubted and turned against him. Moses had to nurture his confidence in morality, justice, and kindness. He had to lead rather than let the younger guys take over.

Near the end, Moses himself doubted God and wondered if all the promised land talk was a bunch of hullabaloo. It wasn’t. But by then Moses probably knew the promised land was spiritual consciousness. Moses never did enter the promised land on earth, but his model for aging is remarkable. We can read in Deuteronomy, “Moses was 120 years old when he died. His eye was undimmed, and his vigor unabated.” (English Standard Version)

Aging with spirituality is different from today’s youth-obsessed culture that all too quickly goes under the knife or receives injections of Botox. Before making decisions related to aging, we can stop and carefully analyze our intents and decisions by tapping into our spirituality that shows us our true worth. It’s our wisdom, our sharing and caring.

The new model of aging reduces our fear of getting older, like fine cheese, we can get better with age.

Cheryl Peterson is a columnist for Beliefnet. To read more from Cheryl visit her column Everyday Spirituality .