Surge in Suicide Rates: What Can Be Done? - Beliefnet

There’s been a shift towards an integrated care system where the treatment program is created by peers for peers and focuses equally on the spiritual, emotional, mental and physical parts of depression. 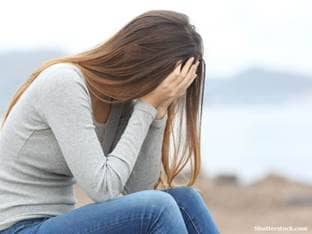 “Without mental health there can be no true physical health.” ~ Dr. Brock Chishlom

Mental health and physical health are related, and you need both to be in balance when dealing with depression and suicide attempts. But you also need the spiritual and emotional parts to be working well. There’s been a shift towards an integrated care system where the treatment program is created by peers for peers and focuses equally on the spiritual, emotional, mental and physical parts of depression. Most suicide prevention efforts are now shifting to this new model, focusing mainly on youth and older adults. But a recent United States federal study found that suicide rates are higher for ages 45 to 64 than any other age group. It’s the same across genders and ethnicities. Suicide levels have surged in the United States to the highest levels since 1986. What can we do to help people in these age groups contemplating suicide?

Suicide rates are going up. As reported by The New York Times, suicide in the United States has surged to the highest levels since 1986. In a 30 year span, the rise in suicide for women ages 45 to 64 jumped by 63 percent. For men in the same age category suicide rose by 43 percent. This means more women are committing suicide than men. Its thought that divorce and money are factors when it comes to suicide for men and women. The most affected ethnic group are American Indians and Alaskan Natives, with rates rising by 89 percent for women and 38 percent for men. The rate declined for black men over 75 whether they were Hispanic black or Afro-American. But suicide in black males is often under reported because depression is a weakness, and their strong religious background labels suicide as a sin.

Suicide methods are changing. Even one suicide attempt by a person means he or she is 40 times more likely to attempt another suicide within a short period of time. And the methods of suicide are changing. It’s no longer the person ready to jump off a bridge or building, or drowning, or stabbing oneself that’s the look of suicide. About one in four suicides involves suffocation, which includes hanging and strangulation, compared with fewer than one in five in 1999. Suffocation deaths are harder to prevent because nearly anyone has access to the means. Suicides involving guns has gone up, with 31 percent for women, and 55 percent for men. Poisoning not just by prescription drugs is used by both men and women. These methods reflect a more isolated approach to suicide, where the chances of getting help are slimmer because it’s not as public.

Three most common suicides. The three most common methods of suicide are firearms, poisoning (predominantly drug overdose but poisons also), and suffocation (hanging). These three suicide methods are easily accessible. And these methods are being used more and more by men and women ages 35-64. Women tend more towards poisoning while men use suffocation. Both genders use guns. Ethnically, American Indians and Alaskan Natives (AIAN) have the highest suicide rates using these three methods. The usual method with AIAN is suffocation, with men twice as likely as women to suicide. There are lots of factors that can cause AIAN suicides, including discrimination and abuse. Its known that the rate for American Indians is higher than actually reported, because while birth certificates list the person as American Indian, coroners often list the person’s race as something other than American Indian.

Suicide prevention strategies. It takes lots of energy and resources to reach out to someone who is suicidal or who attempts suicide. People who attempt suicide lack a positive attitude towards the mental health system, usually based on bad experiences, and don’t show up for appointments. The National Congress of American Indians has initiated efforts around suicide prevention by using resilience, trauma-informed care, healing, and the reduction of systemic violence and abuse within the reservations. National U.S. suicide prevention strategies focus on enhancing social support, community connectedness, and better access to mental health and preventive services. There’s a growing worldwide effort to reduce the stigma and barriers associated with asking for help. WHAM is a new model that’s being proven as a very effective way to help someone who has attempted suicide.

WHAM on depression. WHAM, or Whole Health Action Management, developed by SAMHSA-HRSA in the United States, is created by peers for peers suffering with depression and who’ve attempted suicide. It’s an innovative program that’s being used by CDRIN in Canada and is being incorporated into Canada’s provincial mental health care strategies. WHAM includes 10 resiliency factors which are individually focused upon and then blended together to help a person’s whole being. These are: stress management, healthy eating, physical activity, restful sleep, service to others, support network, optimism based on positive expectations, cognitive skills to avoid negative thinking, spiritual beliefs and practices, and a sense of meaning and purpose. It’s a whole person approach based on the needs and wants of the people affected by depression. Typically there are 10 sessions. Then participants meet once a week for 8 weeks in a peer support group to discuss their progress implementing their personal whole health goals and plans.

What to do if you need help. There are many good groups that help people having suicidal thoughts. Here are a few:

Crisis Text Line: text ‘help’ to 741-741 This is open to people of all ages but was inspired by teens

Talking about suicide is necessary. The benefits go beyond the person. It’s a societal movement towards positive change. Depression doesn’t discriminate. Like cancer, it can get anyone. It can kill. As suicide rates surge in the United States, Americans need to change tactics to deal with depression. The new integrated model like WHAM is peer designed and so has more relevance and ability to help someone who has attempted suicide, and can be adopted to any ethnic group. We need to save each other.

Terezia Farkas is a columnist for Beliefnet. To read more, visit her column Depression Help.