Will Believers Stay at Home this Election?

Will the traditional evangelicals show up to the polls this year? 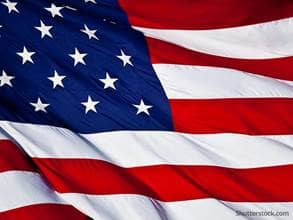 Many believed conservatives remained at home during the last election cycle when Republican Mitt Romney ran for against Barrack Obama in 2012. Columnist Karl Rove wrote in The Wall Street Journal that this assumption is incorrect. John McCain had less evangelicals vote for him in 2008.

The six million who did not vote were entirely conservatives, and were not passionate about either of them.

“These missing moderate, white Catholic and women voters who didn't vote in 2012 can be motivated to vote for a Republican candidate in 2016 — if they think that candidate cares about people like them,” he shared in 2015.

The staple of the GOP campaign is swaying Christians to vote with their values like standing against abortion, faith in God, and the Constitution. Sen. Ted Cruz told a crowd at Liberty University believers are just not voting.

One reason is that for some, they don’t really indentify with one religion, and the younger generations are not being affiliated with any religion. The landscape has changed.

“Today roughly half of born-again Christians aren’t voting. They’re staying home. Imagine instead millions of people of faith all across America coming out to the polls and voting our values.”

What we do know people are fed up with both parties and special interests, and evangelicals have heard the speech before. Cruz is Bible-believer, who talks about his background in the church, but then GOP candidate Donald Trump (not quite the same background) took 33 percent of the Christian vote in the Nevada primary in February.

Cruz garnered over 200 endorsements from Christian leaders in South Carolina only lose to Trump.

RNC chair Reince Priebus said there is a certain appeal with Trump, according to The Washington Post:

“I’m not one of these people that think that Donald Trump can’t win a general election. I actually think there is a huge crossover appeal there to people that are disengaged politically that he speaks to. Trump taps into the culture. Some people in politics don’t get it, don’t understand it, are frustrated by it. It doesn’t matter. He does.”

Perhaps people are just giving up on the prospect of a better nation, and leaders. The system is corrupted by greed, lies, and deals that are no benefit to the American people, this includes believers. The GOP has failed them in Washington.

It is not just believers--The Atlantic explained.

It is Middle America--they are being squeezed, and fading away with every election. They are disgusted by political leaders, and they don’t trust them.

Why should they? Life for many is not as good as it was.

"White Middle Americans express heavy mistrust of every institution in American society: not only government, but corporations, unions, even the political party they typically vote for—the Republican Party of Romney, Ryan, and McConnell, which they despise as a sad crew of weaklings and sellouts. They are pissed off. And when Donald Trump came along, they were the people who told the pollsters, “That’s my guy.”

Also, evangelicals have evolved on issues like gay marriage and have changed since Ronald Regan’s time. So if they feel they have no choice they don’t vote. Pew research found that 35 percent of adults considered themselves as Christians, but who are they really, and will they vote in the general election if they don’t like the GOP nomination? What is the alternative--give a vote to the Democrats by not going to the polls?