5 Things We Want Our Next President to Know

Here are just a few of the things that I believe, as a citizen of the United States that you should know. 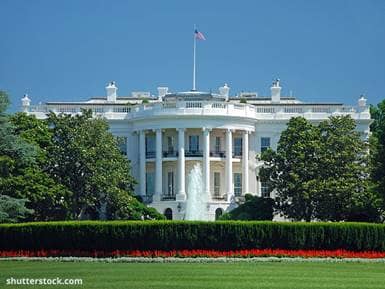 I feel like you and the people need to have a serious talk. The American people are in somewhat of disarray. While some of this is our fault as citizens, a lot of our frustrations have to do with the way in which the United States is run. Here are just a few of the things that I believe, as a citizen of the United States that you should know.

1. We want a president, not a TV personality: It’s nice for the president to widen his scope and appeal to a larger audience. However, no one wants to see their president on every reality show, hanging out with celebrities and smoozing at other Hollywood events. When Americans envision their president, we want to imagine him/her working on foreign policy or advocating legislation that will change the world.

2. Tell the people the truth: I am in no way lobbying for Donald Trump as president however; his direct spoken word is clearly what the people want. No, the people do not want a hot headed person like Kanye West for president. However, the people do want someone who isn’t afraid to hurt feelings and can use their words as a form of powerful advocacy. We also need the truth – not what you think people would like to hear.

3. Holds himself and others accountable: Presidents in the past prefer to poke fingers at other and blame others for prior situations. A good president should be willing to take ownership of their own mistakes and move forward into the right direction. Overall a good leader is someone who will work hard to achieve accountability because it’s their passion to inspire others and create a unified core.

4. America is already good: During President Obama’s last state of union speech he pointed out why America is so great. While the media tends to showcase murders and other high profile disasters, the United States of America is a lot more grounded than many other countries around the world. That’s not to say that there isn’t any room for improvement, however to believe that America isn’t already good is a huge misconception. The next president should see the positive elements that live in the U.S. and will be able to recognize that which bills of legislation is in dire need of being written and passed.

5. There are a lot of expectations: The next president has a lot resting upon their shoulders. It doesn’t matter who’s voted in, democrat or republican, there will be an inconceivable amount of expectations that are mostly unattainable within the first term. We the people need the president to know that we are needy and expect things to be fixed over night because we’ve never sat in the seat of presidency before. But, please Mr. or Mrs. President do not give up on us. While we continue to hold our signs and want more and more, we know deep down that the job of president is one that comes with a heavy crown and a never ending list.

Now those are just a few of the many things we need the future president to know. Since the United States is under such scrutiny by its people, it will be hard for even the most qualified candidate to fill the big shoes.