With a barrage of celebrity nude pics leaked across the web, we examine our issues of privacy and the sexual exploitation of female bodies in a tech-driven world. 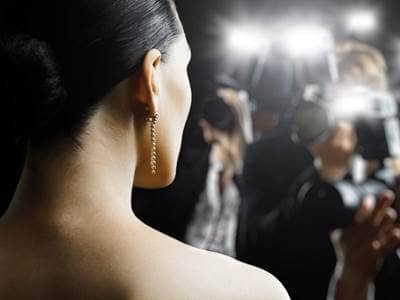 There is no sacred space on the web. Your phone can be hacked; your computer. Private pictures sent to husbands, boyfriends; even an innocent, demure photo, can get transferred to millions of people within hours.

In the past month, a host of celebrity nude pictures were broadcast over the Internet. Although some male celebrities were exposed, majority of the leaks were of women. A breach in Apple’s iCloud service resulted in the leak.

“Why take revealing photos like that in the first place” some would question. Everyone is entitled to their opinion in regards to sending revealing images over the phone. Ultimately, it was their choice and that choice was accepted on the receiving end. But more pressing questions come to light.

Questions of privacy, our faith in cloud computing systems and other technology that holds our most private items, should be answered. Nowadays, letters aren’t as prevalent as text convos and emails. Most of our pictures aren’t placed in a physical photo album, but stored on our phones to carry around and easily share.

Storing sensitive information in our phones is causing grave concern, because we, ourselves, could be vulnerable to attacks, like the celebrities we see onscreen.

“Hunger Games” actress Jennifer Lawrence, among others, recently spoke out against the leaked photos. She called it an invasion of privacy, and a “sex crime.”

“Just because I’m a public figure, just because I’m an actress, does not mean that I asked for this,” she explained in a recent article with Vanity Fair. “It does not mean that it comes with the territory. It’s my body, and it should be my choice, and the fact that it is not my choice is absolutely disgusting. I can’t believe that we even live in that kind of world.”

“Our private moments, that were shared and deleted solely between my husband and myself, have been leaked by some vultures. I can’t help but to be reminded that since the dawn of time women and children, specifically women of color, have been victimized, and the power over their own bodies taken from them, she said.

“These atrocities against women and children continue worldwide. For anyone else being affected by these and other hacking and hate crimes – we send out love, support and prayers. We have done nothing wrong.”

Union made a valid point when it comes to the victimization and exploitation of women and their bodies.

Often, we see the objectification of women in advertising, film, and other forms of media. And celebrities are part of that objectification. And with the apps of today – Instagram, Vine, etc.

– there is a high level of exposure that celebrities must grow accustomed to and accept when getting into the entertainment business. Their lives will be shared on various platforms and information may be sent out that was not approved by them; that was not by personal choice.

There is more intrusion, a wider look into the personal lives of celebrities that years prior, was not available. For women, it’s seems to come at an even heavier price. Women can pose in provocative ways, show skin and dare take the risk of being nude on the cover of magazines (ex: Rihanna) and in film (ex: Angelina Jolie), but it was their choice. The explicit pictures leaked were not.

And at the end of the day, we must be careful with our insatiable curiosity of the “celebrity” woman and its' consequences. Understanding that not everything about that celebrity is an invitation, but could be a violation of their personal space, bodies, and lives.