Why Panic Over Astrology?

I am also a professional astrologer, and to a small subset of the general public, this makes me a kook or an idiot - despite my providing valuable guidance and insight to a lot of people who, by and large, are not kooks or idiots either. 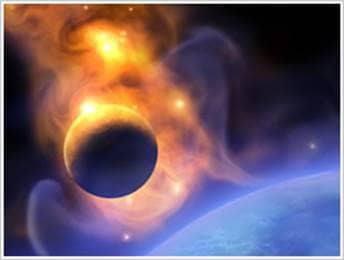 The American National Science Foundation recently conducted their annual study of "Science and Technology Indicators." Among other things, it indicated that American students were getting better at math, graduation rates are higher, the number of people with Master's Degrees is increasing, academic research and development is up, and that interest among the general public in science and technology is somewhat higher than it is in Europe, that Americans hold scientists and engineers in fairly high esteem, and that fewer Americans reject Astrology than in previous years.

Now... guess which one of those findings got the most attention in the media? Which of these was decried as a symptom of the Softening of the American Brain? You guessed it. There is a always a subset of the population - that notorious scoundrel, Person A - who is rubbed the wrong way whenever Person B sees evidence for something being true that conflicts with Person A's worldview. This sort of thing is normally the domain of believers in a religion or philosophy or political ideology, but over the years a new group of loudly vocal naysayers has entered the fray - the Professional Skeptics.

Like most people, I don't like to think of myself as being deluded. I know how a microwave oven works, I know the Earth is round, and I don't think the Tooth Fairy took off with my molars when I was a kid. I am also a professional astrologer, and to a small subset of the general public, this makes me a kook or an idiot... despite my providing valuable guidance and insight to a lot of people who, by and large, are not kooks or idiots either.

Some people put a lot of effort into defending their dogmas, and those who object to astrology are no different. I recently wrote a three-part series for Beliefnet in which I pointed out, very clearly and carefully, that the primary reasons skeptics of astrology give as to why astrology can't be "real" are simply Straw Men... misunderstandings or misrepresentations of how astrology is actually done. As of this writing, that series has received over a hundred comments... almost none of which address the actual observations I posted about the James Randi Educational Foundation's deeply-flawed anti-astrology textbook I was commenting on. And as of this writing, no one at JREF has accepted my Ten Dollar Challenge to prove me wrong, so... using their standard of proof... apparently they're wrong and I'm right.

The lesson here, I believe, is that Skepticism starts with an urge to find the Truth (which is admirable) but often devolves into the same kind of blinkered dogmatism that so many of the people Skeptics deride have fallen into.

That dogmatism extends beyond JREF. Michael Shermer, founder of The Skeptics Society (which publishes Skeptic Magazine) was involved with a television program in 1999 called Exploring The Unknown that attempted a quick debunking of astrology. He invited Vedic Astrologer Jeffrey Armstrong to test his skills with a group of people he had never met before, to see if Armstrong could tell anything about them based just on their date, time, place of birth, and gender. Instead of an easy take-down of a phony faith healer or of someone pulling stings at a seance to make the tablecloth move, Shermer got something he didn't expect: evidence that astrology -- which people have been getting results with for thousands of years -- actually works. The astrologer clearly beat the standard you'd expect from random chance, with an accuracy rate of 92 percent.

Shermer's conclusion? "While skeptics will explain the results of our study as due to chance and wishful interpretation, believers will see them as further proof that the stars and planets directly influence our lives." In other words: I can't see past my dogma, even when someone I don't believe in meets my standards. Skeptics are fond of quoting Carl Sagan's line that "extraordinary claims require extraordinary proof." One of their reasons for liking this quote so much is, I believe, that it allows for the unstated subtext that "if there's evidence for anything I don't want to believe in, I can ask for something 'extraordinary' and move the goalposts."

Shermer also said that he wanted to test Armstrong further, changing the conditions of the test to take advantage of what is called The Forer Effect: which is, as Wikipedia says, is "the observation that individuals will give high accuracy ratings to descriptions of their personality that supposedly are tailored specifically for them, but are in fact vague and general enough to apply to a wide range of people."

In other words: since Armstrong already demonstrated an ability to use astrology to predict observable and objective effects, Shermer hoped to use the same effect that skeptics often use to discredit astrology (which is long-established, and can be used to discredit pretty much ANY form of "personality testing"). This would do nothing to invalidate Jeffrey Armstrong's success, but would at least make him look less successful if one weren't paying attention.

Thanks Michael... I think I will.

And speaking of Wikipedia... fear not, True Disbelievers: Michael Shermer isn't the only person ready to protect you from uncomfortable challenges to your world-view. The James Randi Educational Foundation is proud to support "Guerrilla Skepticism," in which they support altering Wikipedia entries to match their world-view, in the event anyone might start doing some research into things like Astrology using anything other than JREF's party line as a source. As Susan Gerbic, a member of The Monterey County Skeptics says, "belittling believers does nothing but force them to circle the cognitive dissonance wagons, and shut down. Allowing them to do their own research and think things through independently, without pressure, is the only way to potentially change their minds." And apparently there's no better way to help believers to do their research than to carefully edit their facts for them.

JREF produces a booklet in their "Critical Thinking" series that attempts to shoot down anyone's belief in Astrology... armed only with a complete misrepresentation of how Astrology works, they still manage to collect enough donations to maintain a staff, headquarters, and occasionally hand out scholarships. But of course, as an astrologer, I'm the one taking advantage of foolishness, right?

I certainly hope none of this comes across as bitter or disparaging of those making a living off of Professional Skepticism. For the most part, I like to think that the Skeptics and I share the same goals of wanting people to be happy and to know the truth. I'm just concerned that they've fallen into the age-old trap that so many humans do: assuming that their world-view is The One Truth, and only wanting to see data that confirms it. Since The American National Science Foundation seems to have uncovered encouraging signs that Americans are getting wiser, perhaps in time Michael Shermer or James Randi will come to me for a reading. And, being a mensch, I'll even give them a discount.