What Is Donald Trump Teaching Christians?

Donald Trump is teaching Christians what happens when we forsake the Social Gospel. 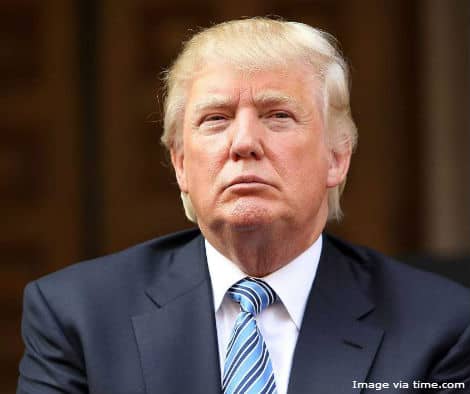 With these inflammatory (and flatly untrue) words, Donald Trump sealed the deal with the people who have made him the Republican frontrunner. “The Donald” tapped into the rage that some percentage of disenchanted, white, working class folks feel toward people of Hispanic origin living in the United States.

When Trump spoke in my hometown of Phoenix, Arizona last month, his campaign had to move the rally to a larger venue. As you probably know, in 2010 Arizona politics produced the most controversial immigration law in the country, SB1070. Although it was supposed to protect Arizonans from the supposed cost of illegal immigration, SB1070 cost Arizona millions of dollars in lost business revenue in the law’s first year alone. Prejudice comes with a price tag.

In the continual media coverage of Trump, we must guard against becoming desensitized to the historical precedent of this brand of politics. A 71-year-old man named Lou at the Phoenix Trump rally inadvertently spilled the beans: “This country today is sad, sad, sad,” he said. “You can’t say anything or they call you ‘a racist.’ It’s like we’re back in Nazi Germany. But look around, man. It’s people here reading and listening to his message.”

Lou hit the nail on the head with the historical allusion, but fails to realize how those racial politics played out and what side that puts him on. Trump supporters openly blame ethnic minorities for their economic problems and long for the days of a purer, paler race in America. Let me be clear — Trump is no führer, but ethnic politics are dangerous, and the world has seen this script before.

Another reason that Trump’s supporters have made him the current GOP frontrunner is that they believe Donald is being honest with them, unlike “all the faked, plasticky, canned politicians,” as one supporter put it. Because Trump avoids any talk that could be construed as “politically correct” (i.e. by making bombastic, demeaning comments about Hispanics and women), they deduce that he is speaking the truth.

A 150-year-old admonition from Robert Ingersoll cautions us that simply being honest about one’s bigotry is no virtue­­ — “They knew no better, but I do not propose to follow the example of a barbarian because he was honestly a barbarian.”

Of course, racial politics is nothing new in the United States. Pitting working class whites against ethnic minorities has been an effective political strategy since before the Civil War. At first glance, it defies logic that Southern slave owners were able to win the loyalty of poor, working class whites who never came close to having enough wealth to own slaves.

. . . who not only verbally supported the slave system, they also served on slave patrols and county militias that guarded against slave revolts and tracked down runaways. When the time came for war, this class filled the Confederate ranks and fought to defend the very system that kept them at the bottom of the white social order.

Why? Apparently, the poor whites surmised, “At least we’re not black slaves.” Their perch only one rung above the lowest group on the socio-economic totem poll was good enough reason to take up arms. This is perhaps one of the reasons the Civil War has been described as “a rich man’s war, but a poor man’s fight.”

Having grown up in the rustbelt of Ohio, I have witnessed firsthand the reason some working class whites are disenchanted with politics and are now placing their bets on the wild card.

They are correct about one thing — they have been lied to by politicians who promised them prosperity. They continue, however, to blame the wrong people for its failure to materialize. While they scapegoat people who are even more impoverished, the rest of the country knows the truth — they were sold a bill of goods by politicians and their wealthy donors who shipped Middle America’s manufacturing jobs off to China and Mexico.

Blaming ethnic minorities instead of the actual people who are actually to blame is the repeated mistake that has perpetuated economic inequality in America.

So what is Trump teaching Christians?

In the early twentieth century, following the stark inequality of the Gilded Age, American Christianity split into two distinct camps: fundamentalism and the Social Gospel. Historian Mark Noll writes that the fundamentalists tended to favor piety and the salvation of individual souls, while proponents of the Social Gospel, like Walter Rauschenbusch, believed that Scripture challenged the “industrial exploitation and governmental indifference to workers. . . . ”

Noll acknowledges that the Social Gospel was often seen as a liberal enterprise, but points out that evangelical groups like the Salvation Army embraced both personal faith and the social implications of the Kingdom of God. Unfortunately, while inspiring compassion to this day, the Salvation Army has been an outlier among evangelical churches.

This split persists to this day, as evangelicals, by and large, have supported the very politicians who outsourced their jobs while lowering capital gains taxes and creating corporate tax loopholes.

With their religion used against them in the form of culture-war wedge issues, they voted against their own economic self-interest, gave tax cuts to billionaires, and allowed the working class to be left behind. Like the poorest whites in pre-Civil War North Carolina, they propped up the very people who held them down.

James 2:6 seems to be relevant in every age, including ours, “But you have dishonored the poor. Is it not the rich who are exploiting you?” Old habits die hard, as Trump supporters have forsaken billionaire party bosses in favor of . . . well, another billionaire. What would James say?

Had the divorce not taken place between fundamentalists and the Social Gospel, perhaps American Christians could have prevented the exploitation of which James warns. Perhaps we could have looked out for “least of these” in our society, giving both the working and middle classes a fair deal. Certainly, we would not have the staggering wealth inequality we now see in the United States.

Instead, the separation of the evangelicalism from the Social Gospel created the Second Gilded Age, complete with “Crony capitalism, inequality, extravagance, social Darwinian self-justification, blame-the-victim callousness, (and) free-market hypocrisy.” Applying Jesus’ Golden Rule to minority groups would have prevented culture war politics, giving American Christians a clearer picture of those who were benefitting the most (or benefitting at all) from their votes.

Now, presidential candidate Donald Trump is teaching us a lesson from history. We are witnessing for ourselves how overtly racial scapegoating mixed with economic pain can propel a candidate to frontrunner status.

Candidate Trump is inadvertently revealing that when followers of Jesus fail to love our neighbors as ourselves, we allow ourselves to be exploited by people who profit from our prejudices. Ignoring the humanity and needs of others is not only sinful, it is economically harmful to everyone, including us.

Donald Trump is teaching Christians what happens when we forsake the Social Gospel.