The Apple Encryption Fight Will Continue

A federal judge ruled that the government does not have the power to unlock an iPhone belonging to one of the terrorists that killed 14 people in San Bernardino, California in this developing story. 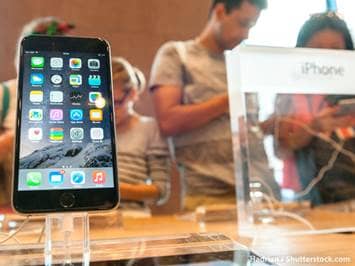 A federal judge ruled that the government does not have the power to unlock an iPhone belonging to one of the terrorists that killed 14 people in San Bernardino, California in this developing story.

The landmark case, which will be appealed by the Justice Department, allows Apple the right to not disable the phone taken in the investigation in December. The company denied the F.B.I.’s request to create a tool that could decode the phone where the organization could not crack the encryption—hence looking for Apple’s assistance.

“The same engineers who built strong encryption into the iPhone to protect our users would, ironically, be ordered to weaken those protections and make our users less safe, he wrote.

“Smartphones, led by iPhone, have become an essential part of our lives. People use them to store an incredible amount of personal information, from our private conversations to our photos, our music, our notes, our calendars and contacts, our financial information and health data, even where we have been and where we are going.”

Cook also said he’s willing to take the case all the way to the Supreme Court. The U.S. filed a court order to force Apple into aiding them in the investigation. Lawyers for Apple argued that it is a violation of the Constitution. The opposing side said the government overrides this argument according to All Writs Act of 1789, signed into law by George Washington.

The formal law is intended to give judges authority to issue orders to make people do things.

“The Supreme Court and all courts established by Act of Congress may issue all writs necessary or appropriate in aid of their respective jurisdictions and agreeable to the usages and principles of law. An alternative writ or rule nisi may be issued by a justice or judge of a court which has jurisdiction.”

The Justice Department said they’re investigation terrorism on U.S. Soil, Fortune reported. They left the government with no other option other than to apply the court order to assist in the single iPhone used by the terrorist Syed Rizwan Farook to determine the pass code.

The F.B.I asked for the following: “Disable the iPhone’s optional 10-tries-and-wipe feature, remove built-in passcode delays, and create the ability to enter PINs electronically, at computer speed, rather than the speed of thumbs.”

Apple contends if they are forced to create a back door into the operation system, the consequences could be irreversible. Magistrate Judge James Orenstein in Brooklyn, New York agreed that the government should not force Apple or any other company to unlock a “specific device.”

The Justice Department released its statement and disappointment in the decision.

“As our prior court filings make clear, Apple expressly agreed to assist the government in accessing the data on this iPhone --as it had many times before in similar circumstances, and only changed course when the government’s application for assistance was made public by the court. This phone may contain evidence that will assist us in an active criminal investigation and we will continue to use the judicial system in our attempt to obtain it.”

Other companies are also backing Apple. Facebook founder Mark Zuckerberg sympathized with Apple. “We believe in encryption-- we think that that's an important tool,” said Zuckerberg.

“I don't think requiring backdoors with encryption is either going to be an effective way to increase security or is really the right thing to do for just the direction that the world is going to.” Google, WhatsApp, Microsoft and Amazon have come out publically to support the company.