Is the Right to Die Wrong?

California Governor Jerry Brown signed the “End of Life Option Act” to give terminally ill patients the option to die with dignity. Is it wrong? 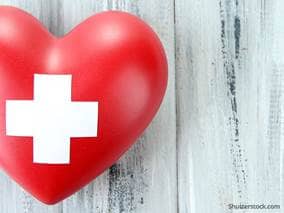 California Governor Jerry Brown signed the “End of Life Option Act” to give terminally ill patients the option to die with dignity. The move would give doctors permission to authorize a lethal amount of drugs for their patients who request a peaceful death.

“The crux of the matter is whether the state of California should continue to make it a crime for a dying person to end his life, no matter how great his pain or suffering,” Brown wrote.

He also explained that he “considered the theological and religious perspectives that any deliberate shortening of one’s life is sinful. Brittany Maynard made headlines for her decision to die in 2014.

Maynard, 29, was suffering from terminal brain cancer and opted for the death with dignity in Oregon. Maynard testified before her death that she refused to lose her dignity and “subject myself and my family to purposeless, prolonged pain and suffering at the hands of an incurable disease. No one should have to leave their home and community for peace of mind, to escape suffering and to plan for a gentle death.”

Maynard was a Californian, and moved to Oregon so she could pass away, since it was still illegal.

It caused a moral and ethical debate nationwide, and is a slippery slope. Opponents believe the act will increase suicides, or believe patients will make hasty decision spurned from depression. Also in order to save on medical care, insurance companies could pressure doctors into issuing prescriptions to avoid costs of hospice.

Some religious arguments believe that man should not play God, and killing oneself violates the sanctity of life.