If we as a society do not act to create a more inclusive environment, hate will continue to dictate the course of our nation. 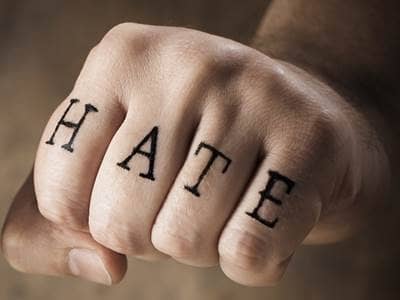 As the anniversary of the September 11th attacks approached, I was nervous for the safety of my family. We are of the Sikh faith and as such, many of us don the traditional Sikh turban, head scarf, long hair and beard, which often times, makes us the target of racial slurs and harassment.

But, compared to the trepidation I had in years past, I was confident that my fellow Americans had learned that Sikhs were just as American as everyone else: that we share the same values of truth, justice, and respect and we all pursue the American dream of prosperity and happiness.

I reminded myself that recent studies showed that Americans are becoming more tolerant and accepting; I happily looked at H&M's new Close the Loop marketing campaign that featured turbaned Sikhs; and reflected on the recent film, Learning to Drive, where Ben Kingsley, educates viewers on the Sikh plight.

My fears were quieted as I thought about the progress we had made as a society.

"After 14 years of trying to educate America on who Sikh-Americans are, surely we are better off than in the past," I thought.

But, my hopes were quickly crushed.

On Tuesday, September 8, an elderly Sikh-American man, Inderjit Singh Mukker, was brutally attacked and called a "terrorist" and "Bin Laden" in a Chicago suburb.

According to reports, Mukker, father of two, was on his way to a grocery store when a driver began taunting him. He pulled up in front of Mukker's car, reached in and repeatedly punched Mukker in the face. Mukker lost consciousness, lost blood, and suffered a fractured cheekbone.

"We believe Mr. Mukker was targeted and assaulted because of his Sikh religious appearance, race, or national origin," said the Sikh Coalition's Legal Director Harsimran Kaur.

I was shocked, disgusted, and fed up. As Sahaj Kohli said, "I am Sikh. I am American. Being both should not be so difficult." Feeling hopeless in such a situation, I started to wonder, "Why do hate crimes happen?"

Why Do People Commit Hate Crimes?

Bias reactions, whether silent suspicion or a violent beating, lie on the same continuum of discrimination and are rooted in the cultural and political atmosphere of the time, notes psychologist Dr. Ervin Staub. Most Americans would never overtly act on feelings of mistrust that may have developed since the 9/11 attacks, but a small group has participated in hate crimes.

When people face a crisis or feel threatened by "outsiders," some feel they need to "protect" themselves, said Staub. Some revert to an unfortunate human tendency: to protect their own group while finding a scapegoat to blame the problem on.

According to the Bureau of Justice Statistics, race is the most common motivating factor in hate crimes (61 percent), followed by religion (14 percent). Since Sikhs are visually distinct with their articles of faith and most are of South Asian descent, Sikhs are targeted because of their race and religion.

Embedded within the factors of race and religion are several other psychological and situational elements that lead to hate crimes. For instance, one study found that perpetrators of hate crimes had four general motivations: thrill-seeking (motivated by the desire for excitement), defensive (striving to protect their neighborhood from perceived outsiders), retaliatory (acting in response to a crime -- either real or perceived) and mission (a strong committed to bigotry).

According to the FBI, the majority of perpetrators are white men. Furthermore, psychologist Dr. Edward Dunbar found that those who commit hate crimes have high levels of aggression and antisocial behavior. These offenders are psychologically disturbed individuals with a childhood history of abuse says Dunbar. They are "...very problematic members of our community who pose a huge risk for future violence."

Predators of hate crimes view groups they are not a part of as more homogeneous than their own group, a phenomenon known as the "out-group homogeneity effect," state psychologists Dr. Bernadette Park and Dr. Charles Judd.

"When you meet a person who's a member of an 'out-group,' you're less likely to.... pay attention to individual characteristics," Judd explains. Stereotypes and generalizations about an "out-group" influence a perpetrator's perception, understanding, and interaction with others, most often negatively.

What Can We Do About it?

As a society, we should make it clear that it is un-American to act in a biased manner toward people of other races, religions, or ethnicities.

We need to make sure every American feels American and feels safe being themselves. "When people are victimized as individuals or as a group, it creates a diminished sense of self, a view that the world is a more dangerous place," said Staub

By applying American values of respect, inclusion, and right to free of religion, we can better understand minorities and help erode the boundaries of "in" and "out" groups. Teachers, school curriculums, the media, and individuals can promote the idea that we are a nation of people with highly diverse and rich backgrounds.

The suspicion that evolves into hate crimes ultimately comes from a lack of education, understanding, and interacting with minorities. Increased contact "can facilitate understanding, as can learning about [minority] culture..." note psychologists Dr. Thomas Pettigrew and Dr Linda Tropp.

Sadly, many Americans were ignorant about their Sikh-American neighbors before the 9/11 crisis. And, when people don't know much about a group, they're likely to stereotype against them. So, a deeper education about Sikh-Americans may help prevent hate crimes against them.

Furthermore, programs that help heal victims of child abuse and aid those with elevated levels aggression and anti-social behavior may help prevent the creation of hate-crime perpetrators, as would the reduction of white supremacy groups and their influence.

The attack on Mukker should be seen as a "teachable moment"; an opportunity for us to expand our definition community and American. If we as a society do not act to create a more inclusive environment, hate will continue to dictate the course of our nation.