Fighting for Justice after the Holocaust

He was part of the most vicious killing squad that killed 23,000 people during Adolf Hitler’s rein during WWII. 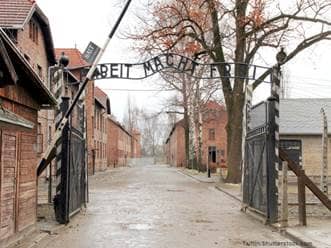 He was part of the most vicious killing squad that killed 23,000 people during Adolf Hitler’s rein during WWII. Part of the mobile death squad Einstazkommando 10a, Helmut Oberlander, worked to exterminate civilians and Jews when he joined at the age of 17. At 92, he free and is on Simon Wiesenthal Center's list of the most wanted Nazi war criminals.

For the last 20 years he has been fighting against deportation from Canada, and won another reprieve according to published reports. A statement said “Oberlander was a member of one of the most savage Nazi killing units [clearly] lied about his wartime past to fraudulently gain entry into this country is not in question — nor the legal consequences of falsification of immigration documents.”

The Holocaust killed 11 million people were murdered, including children, the disabled, and gays. Although many of the soldiers and servers of Adolf Hitler’s regime are dead or in the late stages of life, they are still being tracked down to pay for their heinous crimes against humanity. Many fled and found safety in South America, Canada, Russia, and went underground in the United States.

Simon Wiesenthal Center's explained what the Einstazkommando actually did. Allowing Oberlander to walk is a disgrace."Einsantzkommando10a killed babies, children, women, men and those categorized by the Nazis as being physically or mentally infirmed. If murderers such as Oberlander are not prosecuted, what precedent is set for the future?"

In 2014 Johann Breyer was arrested in Philadelphia after he was charged for gassing over 200, 000 Jews at Auschwitz. He died shortly after being arrested. In 2015, Oskar Groening was charged for accessory to murder of 300,000 people in the concentration camp of Auschwitz. The former bookkeeper was also found guilty of taking arrivals money and jewelry and sent them to the Nazi headquarters.

It didn’t happen. Justice still needs to be served for those people who perished under Hitler no matter what the age is, and the list is dwindling.

The Simon Wiesenthal Center released in 2015 a status report on the Prosecution of Nazi War Criminals. The report ran from from April 2014 through March 2015 about the progress.

“The most important positive results achieved during the period under review were obtained in Germany, in the wake of the implementation by the local judicial authorities of a legal strategy, which paves the way for the conviction of practically any person who served either in a Nazi death camp or in the Einsatzgruppen (mobile killing units). This approach, which was successfully used in Germany for the first time in about fifty years in the case of Ivan Demjanjuk, who was convicted for his service as an armed SS guard in the Sobibor death camp.”