Extermination of Christians by ISIS is Not ‘Genocide Yet’

The extermination of Christians by ISIS is still not called genocide, and the President and Secretary of State John Kerry have until March 17th to make the determination. 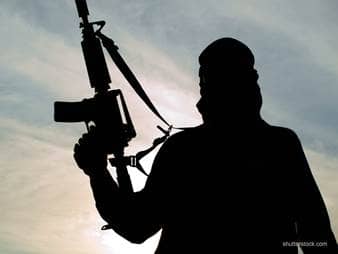 So the beheadings and extermination of Christians by ISIS won’t be considered genocide. This is news according to the White House regarding the act of terror and murder being committed by the hedonist savages.

Since the word "genocide" is thrown around, we will define it. Is the Genocide systematic killing of all people from a particular religion, political or cultural group.

The international definition of genocide is found in the 1948 Convention on the Prevention of Genocide that includes physical and mental torture—murder in Article II and Article III.

Jewish lawyer Raphael Lemkin came up with the word, genocide after witnessing the mass murder of six million Jews under Hitler. The BBC explained that Lemkin took the Greek word that means tribe (genos) and the Latin word cide, which means to kill.

In 1994, the United Nations estimated that 800,000 Hutu and Tutsi were murdered in a three month period. In 1995, 100,000 Bosnians were killed at Srebrenica and ruled genocide. Christians are being wiped out in the Middle East; they’ve been beheaded, rapped and displaced. The group has murdered over 10,000 people in Syria and Iraq since the 2014 caliphate.

Over one million believers fled to safety or have been killed in Syria. Gatestone Institute found that  one Christian slaughtered every five minutes.

“Militants in Iraq are using Christian churches as torture chambers where they force Christians to either convert to Islam or die."

White House spokesperson John Ernest explained during a press briefing that attorneys are looking into the killings and whether to call it "genocide.:

“What is clear and what is undeniable and what the president has now said twice in the last 24 hours is that we know that there are religious minorities in Iraq and in Syria, including Christians, that are being targeted by ISIL terrorists because of their religion and that attack on religious minorities is an attack on all people of faith and it is important for all of us to stand up and speak out about it.”

Fox News reported that the Christian population has dropped in Iraq from 1.5 million in 2003 to 275,000 from 2003. But the White House refuses to call it “genocide” just yet. Republican Representative Ed Royce (R-Calif.) said in a statement that attacks on minority and Christians is genocide.

The House Foreign Affairs Committee passed a bipartisan bill that murdering Christians and other minorities needs to be condemned. “ISIS commits mass murder, beheadings, crucifixions, rape, torture, enslavement and the kidnapping of children, among other atrocities. ISIS has said it will not allow the continued existence of the Yezidi [Kurdish speaking people living on the northern Iraq]. And zero indigenous Christian communities remain in areas under ISIS control.”

A spending bill was passed in December gives the State Department 90 days to reach a determination calling ISIS’ actions against Christians “genocide.”

Secretary of State John Kerry and the administration are running out of time as March 17th in the deadline for the FY 2016 Omnibus Spending Bill of the 114th Congress.

“Not later than 90 days after enactment of this Act, the Secretary of State, after consultation with the heads of other United States Government agencies represented on the Atrocities Prevention Board (APB) and representatives of human rights organizations, as appropriate, shall submit to the appropriate congressional committees an evaluation of the persecution of, including attacks against, Christians and people of other religions in the Middle East by violent Islamic extremists and the Muslim Rohingya people in Burma by violent Buddhist extremists, including whether either situation constitutes mass atrocities or genocide (as defined in section 1091 of title 18, United States Code)...”