Have Politics Replaced Religion in America?

Is politics becoming the new religion?

We’ve always known America to be a religiously devout democracy, even more so than other Western democracies. Yet, religion is declining at a rapid pace, changing the religious landscape. The overarching conclusion we can take away from American religion over the past few decades is that fewer people identify with an established religious tradition each year, and the “religious nones” continue to grow. Ryan Burge, a political scientist at Eastern Illinois University, explains that nearly two-thirds of people raised as nones are still nones, even in adulthood, meaning the retention rate is high. We are now seeing second and third-generation nones.

As our nation grows to be more secular, it has opened the space for our country to be more divided, including divides around political ideology. This brings up the question, have politics replaced religion in America? First, we have to look at how we got here.

The rapid shift in American religion was mainly driven by evangelicals who began to become more prominent in American culture. There was also the rise of televangelists like Jerry Falwell that overlapped with the Religious Right starting to assert itself in electoral politics. At the time, the religious nones were a much smaller group. Evangelicals had become 25 to 27 percent of the population, and the mainline population was just around 20 percent by the last 1980s, Christianity Today reports. While evangelicals hit their peak in the data around 30 percent in 1993, they have been on a slow but steady decline over time.

Before the major religious declines, there was more religious commonality. This helped our country maintain a certain level of political cohesion. When people in a society abide by roughly the same religious beliefs, there are better odds that pollical common ground will be broader among its members. Now that religion has declined, and we’ve become more politically divided, Americans have much less common ground than ever before, particularly when it comes to deeply-held values and beliefs.

There was a time when Christianity provided a significant amount of commonality among our culture, but the intrusive political chaos is tearing away at the fabric of our society. While these ideologies are not only ascending and dominating, they can’t fill the void left by the Christian faith.

As religion has declined in America, many are asking if political tribalism is filling the vacuum left behind? In the essay “America’s New Religions,” Andrew Sullivan says he believes established faiths in America are giving way to political tribalism. He explained that the desire for religious fulfillment is “in our genes.” Sullivan expressed that as Christianity declines in America, two discrete political “religions” are taking their place in search of meaning. He says that this has given rise to Trumpism and “the cult of social justice” in recent years. In the essay, he appeals to Evangelicals who voted for Trump when he was “the least Christian person in America.”

Throughout America’s history, people have replaced faith in God with political ideology. “Trumpism” is one modern example of it. In our nation and across our world, people have been placing their faith in God with a multitude of ideologies and worldly pursuits. As Christians, we know that the only path to God is through Jesus Christ. If we are clear about this, we can also be clear that there are many ways to go astray from Him.

There is so much division between the Left and the Right, and God doesn’t appear to be at the center. There are so many problems that need solving, and there are growing spiritual needs of our country. When God is not placed at the center, we become even more desperately in need. This is the time where we need to work together and come in unity. First John 4:7-21 says, “Beloved, let us love one another, for love is from God, and whoever loves has been born of God and knows God. Anyone who does not love does not know God because God is love. In this, the love of God was made manifest among us, that God sent his only Son into the world so that we might live through him. In this is love, not that we have loved God but that he loved us and sent his Son to be the propitiation for our sins. Beloved, if God so loved us, we also ought to love one another.” Maybe the key to diminishing political divides and bringing religion back to the forefront is love.

Our society emphasizes focusing on the flaws and sins of elected officials.

While we should always hold government leaders accountable, we need to take a look at our flaws and sins. God’s Word instructs it. Matthew 7:3 says, “Why do you look at the speck of sawdust in your brother’s eye and pay no attention to the plank in your own eye?” We must focus on living our lives in pleasing and dignified ways.

Psalm 47:8 says, “God reigns over the nations; God sits on His holy throne.” Many kingdoms and nations have appeared and disappeared throughout history, but God’s kingdom is eternal. Headlines can make you feel uneasy, but we should always remember that God is in control. We can’t deny that we are living in a politically divided nation. Sometimes political ideologies seem to supersede religious ones. There is so much hatred, fear and violence taking place in the hearts of those around us. It feels like God is no longer in the public square. As Christians, we must remember that God is present and call on Him in these divided times. 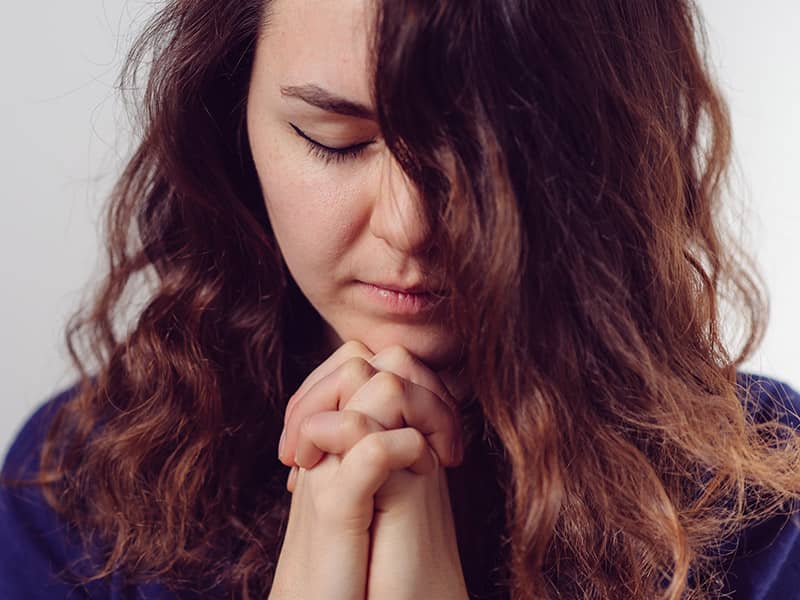 10 Powerful Prayers for Healing and Change