The European Commission filed antitrust charges against tech giant Google for allegedly abusing its position in the Internet search market. 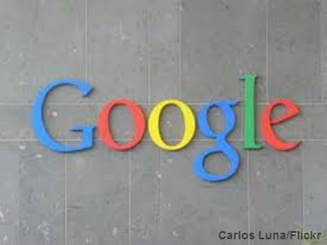 The European Commission filed antitrust charges against tech giant Google for allegedly abusing its position in the Internet search market.

According to EU’s website, the commission sent a Statement of Objections to the company for “favoring its own shopping product in its general search results pages.”

Google infringed on EU antitrust regulations that harms consumers with an unfair advantage. Another antitrust investigation was opened against Google's operation system, Android.

“I have also launched a formal antitrust investigation of Google’s conduct concerning mobile operating systems, apps and services,” Margrethe Vestager said, who is in charge of the EU’s competition policies.

“Smartphones, tablets and similar devices play an increasing role in many people's daily lives and I want to make sure the markets in this area can flourish without anticompetitive constraints imposed by any company."

The Commission opened an investigation in 2010 that the giant gives systematic and favorable treatment to its comparison shopping or Google Shopping in the general shopping results.

They are accused of diverting traffic from rival shopping services so competitors couldn’t compete in the market. This deception “stifles innovation.”

There are different types of results that Google’s search engine provides when people search. This could be organic, natural, or third-party advertisements. The paid take precedence. Margrethe Vestager is in charge of the investigation said Google was in breach of EU antitrust rules, and “face the legal consequences and change the way it does business in Europe."

“The investigation will focus on whether Google has entered into anti-competitive agreements or abused a possible dominant position in the field of operating systems, applications and services for smart mobile devices.”

Google said it will respond to the allegations in the coming weeks, according to published reports.