The Guide to Being an Emotionally Intelligent Husband

Use these tips to make your marriage last.

Men, if you want your marriage to last, cultivating emotional intelligence, also known as EQ, is the key. In fact, in one long-term study of newlywed couples, it was men with precisely this set of skills who were much less likely to divorce.

The problem is, though, that because of a handful of cultural and psychological reasons, men often lack the kinds of EQ that make relationships work. And when they do, their marriage has an 81 percent chance of dissolution, according to Dr. John M. Gottman, author of "The Seven Principles for Making Marriage Work."

Before we go any farther, let’s define EQ. Emotional intelligence is the ability to identify and manage your emotions, as well as the emotions of others. EQ is increasingly being seen by psychologists as being more important than IQ in the attainment of professional and social success over the course of a lifetime.

In short, if you have high EQ, you have the ability to read emotions and react appropriately to them. As a result, you’re better able to do things like negotiate, understand, and cooperate with others.

Third is motivation, which, like it sounds, is the ability to motivate yourself toward success. Fourth, we have empathy, which is the ability to discern the feelings of others, even when these feelings are couched in nonverbal signals. Fifth and finally, we have social skill, which is the overall development of your interpersonal skills, such as communication, cooperation, and conflict management.

The problems that arise in many relationships are often the result of men lacking in certain areas of EQ—namely, empathy and self-awareness, both of which women tend to have in abundance. From a young age, men are often taught to solve and to win—that these things are more important than emotions and relationships between people. This gives men great strength in their careers, but less so at home and on the social scene.

In fact, according to Dr. Gottman, only about 35 percent of men are emotionally intelligent in this way.

But if you want your marriage to succeed, and even flourish, you’re going to have to cultivate this part of your EQ.

Let’s look at how.

The most important part of developing the areas of EQ that make a relationship last lies in your willingness to accept your wife’s influence—you’re going to have to pick “we” over “me.”

Ask questions that get to the heart of what your spouse wants and needs, and respond when she answers. Include her in decisions, big and small. Accept her bids for emotional connection.

In other words, be a trusting, intimate couple.

You can build your EQ by making conscious decisions to accept your spouse’s influence throughout the day. For example, if your wife wants to talk to you, be willing to turn off the television and listen. This not only allows you a window into her life, but communicates the fact that you respect and love her.

The first step to building EQ is to be a “we” couple. Make the deliberate decision to do this, and your marriage will soar.

Next, practicing the skill of active listening will contribute greatly to your EQ, giving you success both in your home, and at work. Let’s take a look at how this can happen.

Active listening is a communication technique that requires you to concentrate on fully understanding what someone else is communicating before you respond. This helps you comprehend what is being said, rather than simply trying to communicate your own message.

To do this, try out the following steps the next time you engage your spouse in conversation.

Start by paying attention to your body language. Maintain eye contact and make sure your body language is attentive, but relaxed. Give regular feedback in the form of things like nods and the summarization of her thoughts.

The most important step, however, is to focus fully on what your spouse says when she says it. Mentally filter out any plans for what you’d like to say next. While she talks, she’s the only thing that exists. Don’t jump to conclusions, daydream, or interrupt. Only listen.

Finally, try to feel what she’s feeling as she speaks. Observe her body language and tone. Is she angry? Sad? Excited? Try to feel these things alongside her and express them—put yourself in her place.

This is the essence of empathy, and it will take your marriage to new heights.

Break Down the Wall

Power struggles are the death of marriage. This kind of conflict arises from the deeply held beliefs of each spouse—beliefs that insist on one spouse running the show.

For men, asserting power often takes the form of stonewalling, which is the act of refusing to answer your spouse’s questions through evasion, dismissal, or silence, usually during an emotional conflict.

This is one behavior you want to avoid. The habit of giving our spouse the cold shoulder predicts divorce with an astounding 90 percent accuracy.

Because of a lack of the self-awareness portion of EQ, men often react to their own overwhelming and confusing emotions by shutting down. He simply doesn’t have the same experience with navigating the emotional waters that a woman might.

And so, in a conflict, many wives find themselves facing silence, emotional isolation, and coldness as their husbands try to maintain a sense of control through this behavior.

To pump up your EQ and avoid stonewalling, learn to step outside of yourself during emotional conflict. Take a look at what you’re doing, and how it’s affecting your spouse.

Let go of the idea that an argument is a win-or-lose scenario or a competition. It’s not. It’s a chance to emotionally connect with your spouse’s needs and respond with respect and kindness. Focus on this, and it will be all the easier to open up and tear down that wall.

Be an Engaged Husband

The key to developing a high EQ is deliberate engagement. Make it a point to regularly emotionally connect with your spouse, cultivating self-awareness of your own emotions, and a sense of empathy for hers.

This doesn’t make you weak. This makes you strong. And what’s more, it makes your marriage strong, as well. And when that happens, everybody wins. 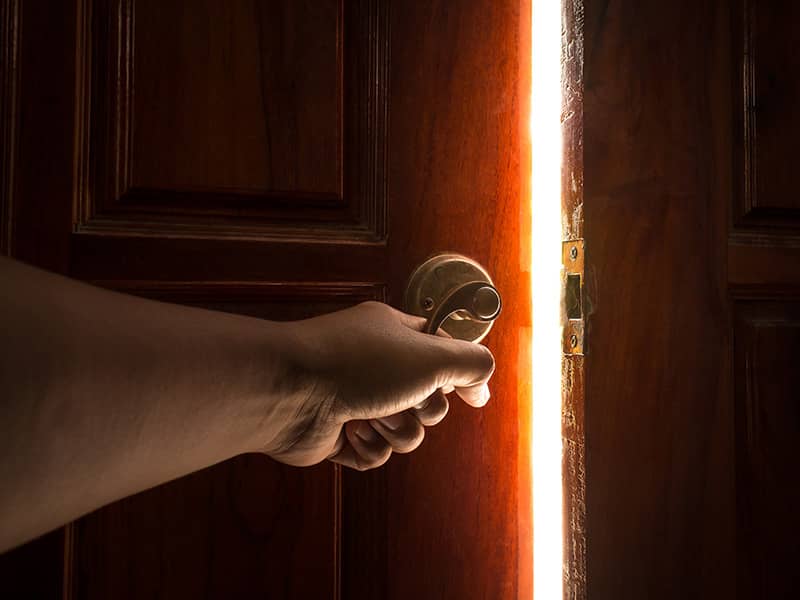 6 Things You Will Never Do in Heaven

more from beliefnet and our partners
Add some inspiration to your inbox
Sign up for Beliefnet's Love and Family newsletter.
From time to time you will also receive Special Offers from our partners
Wesley Baines