3 Reasons You Keep Fighting With Your Spouse

Stop those reoccurring arguments in their tracks.

Couples fight. Most people do not enjoy it, but that is the reality. When two people are living in close proximity, they end up disagreeing about various things. Those disagreements could be over small things such as whose turn it is to empty the dishwasher or whether or not the dog is allowed to jump up on the couch. There could also be disagreements over bigger issues such as an emotional affair or whether or not the children need to change schools.

Usually, disagreements between spouses can be resolved relatively quickly and life goes on harmoniously. In some cases, however, spouses find that they seem to always be arguing. They do not want to fight. They hate fighting with each other, but they still seem to always be at each other’s throats anymore. This is not a good thing for any couple, and it is especially discomforting for couples that never used to argue at all. So if you find that you and your spouse keep getting into verbal duels, you are probably looking for a way to avoid the constant back and forth. Before you can solve any problem, however, you have to know what is causing it. Here are three reasons you may keep fighting with your spouse.

Dancing Around the Real Problem

Sometimes one of you does not want to address what the actual problem is, so you fight about everything else. You do not want to admit that the problem is that you really do not like your sister-in-law. So when your spouse suggests that you both go visit the in-laws, you argue about everything else related to the trip. You complain that you have to take time off work, but your spouse never seems to take vacation time when you want to do something. You argue about how much it will cost to take the trip. You fight about everything to do with the trip except for the fact that you cannot stand your spouse’s sister.

If you are constantly dancing around the problems you face with your spouse, you will never actually resolve the issues that are causing your arguments. You will keep fighting because the underlying disagreement is never addressed. It is not unlike slapping a bandage on an infected wound. The problem is hidden, but it never actually goes away. To stop fighting, you need to discuss the real problem with your spouse. If the issue is that you do not like your sister-in-law, you need to talk with your spouse about why you feel that way and how to address it rather than dancing around the topic and fighting about everything else under the sun. Remember, your spouse cannot read your mind. They may be able to get a good idea of what you are thinking, but they cannot know for certain what is going on inside your head unless you sit down and spell it out for them.

You should also think about why you were reluctant to listen in the first place. Were you afraid of being wrong? Why? Were you afraid that you would be unable to defend your own position? The reason you were resistant to listening to your spouse is very important because it might crop back up in other arguments. If you were afraid of being wrong, you may have a similar argument with your spouse the next time you have to be right. If you know that you feared being wrong, however, you and your spouse can put in safeguards to help you avoid having the same argument a few months later.

One of the main reasons that couples find themselves constantly arguing is that the things they argue about are never fully addressed or resolved. One person may storm off in a huff half way through the argument. One person may claim to accept the outcome of the discussion, but actually be deeply unsatisfied with the conclusion of the argument. In these cases, the real cause of the arguments people are having with their spouses is never addressed. Instead, it is swept under the rug just waiting to pop back out at the most inopportune moment possible.

An argument that is never resolved is an argument that will always be ready to flare back up. You might not always agree perfectly on every solution to a disagreement, but no marriage should be filled with solutions that only satisfy one person. Make sure that your spouse has times that they are the happier one after an argument instead of focusing solely on what you want.

People who are living together fight. That is the unpleasant reality of living with another person regardless of whether the other person is a sibling, roommate or spouse. Arguments do not have to be a staple in your relationship. Listen to your partner and work to resolve what is at the core of the disagreement, and you should be perfectly able to cut down how much time you spend disagreeing leaving you with less snarling and more smiling. 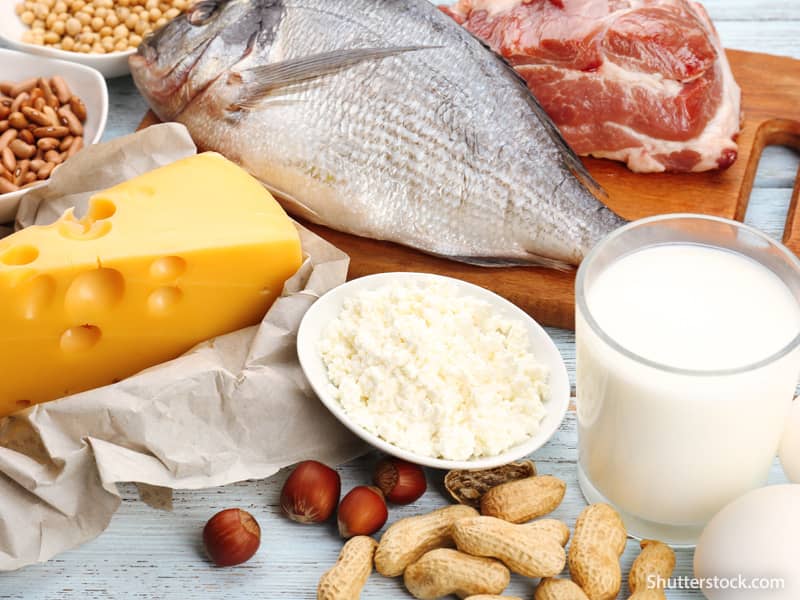 Foods No Jewish Person Should Eat