Getting To Know Each Other – All Over Again

Have you ever looked at your partner and thought, “I don’t really even know you anymore”?  After years together it isn’t uncommon for partners to fall into routines that allow life to move along, but cause the closeness and real understanding of each other that began your relationship to fade.

This can happen even in good relationships. We might love our partners and work well together, but when it comes right down to it, really knowing someone takes effort. We put that in at the beginning of a relationship but can let it go as time goes on because of all the other things we juggle.

Let’s face it, people grow and change. We all develop new thoughts, feelings, and opinions as the years go by and who we were at 20 can be very different than who we are 40.

This goes a bit deeper than just being connected or managing a “good” relationship. Knowing someone takes additional time. So what can you do to get to know your partner all over again? Below are some tips from those that have been there.

Lisa and Doug are as busy as they come. Their three kids range from 10 – 15 years old and there are sports, activities, homework, work, dinners and social events to contend with. They seem to make it work, be in love, have a good relationship and manage to squeeze in occasional date nights. It all sounds great, but they found that they had very little to talk about anymore when left on their own. So Doug started asking Lisa her thoughts on the day’s news. He was surprised at some of her opinions. This began as a simple practice of discussing current events and sharing ideas and thoughts on the world news and many other things. Now they have rediscovered a genuine interest in talking about a number of topics. According to Lisa she had “forgotten how interesting a man Doug is” and feels a renewed interest and respect for him.

Jenny and Simon had fallen into a rut. They saw the same people and did the same things all the time. As they were grabbing a quick lunch while running Saturday errands, Jenny noticed (again) the small museum nearby dedicated to African art. She had always wanted to go in but had never made time. Simon was patently disinterested. She convinced him (with a small bribe), however, to walk in with her. While the art work wasn’t really his style he said, “It was more interesting than I thought it would be. The colors were really cool. It made me more open to checking out some other stuff.” Since that experience Jenny and Simon have visited several museums, not only art but science and natural history as well. Jenny realized that Simon is more interested in Anthropology than she ever knew and they have rediscovered the fun of learning about each other and experiencing new things. Together.

Bored one night and watching reruns, Jeff decided to ask Gina some random questions. She said, “I thought it was weird and that he was trying to get a some deeper point. I didn’t really respond at first because it was strange, but then I figured, why not?” In order to play along she asked him some of her own questions. They both got a kick out of asking really bizarre things, funny things, and serious things. Since that night it has become their favorite pastime when things are boring, on car rides, etc. Seems like a pretty interesting way to get to know or re-know someone.

4. Write down your most exciting vacation ideas – then share them.

When planning their last vacation Kathy and James couldn’t agree on a place. To jump start things and get them away from the routine choices, Kathy suggested they each write down their most dramatic, interesting and adventurous idea of a good vacation. It didn’t have to be something that they were actually going to do, just something they thought sounded outlandish and appealing. When they exchanged their ideas they were surprised and amused at each other’s choices. Kathy said her biggest surprise was that James was such a creative writer. “It was like reading an adventure story about the two of us, so fun!” Now they talk about more realistic adventures together, but James occasionally still jots down crazy stories about the things the two of them could do.

5. Let your kids ask you both some questions.

Mike and Wendy’s daughter had a school project to do regarding family history. In order to complete her assignment she had to ask them questions about their families and history together. This process had them reminiscing and learning more about each other’s families and childhood than they had ever known. A week or so later Mike asked the kids at dinner if they had any other questions for them. The curiosity of the children brought out a number of new topics and personal information that neither of them had ever thought about or shared. Now they make a point of inviting the kids to ask fun and illuminating questions on a regular basis. In return they have the kids speculate about their own futures and describe their ambitions and dreams. The whole family has benefited from this and Mike and Wendy have grown closer through the process.

Losing touch with your partner can happen easily. It doesn’t mean that your relationship has gone bad or that the love is gone. It can lead to that, however. People too often equate growing apart with the end of things, but truthfully it is a natural process. People also often assume that feeling comfortable and relatively happy means that you know all you need to know about one another. This isn’t true either.

Every successful long-term relationship requires that the couple occasionally stop and reconnect. Doing so will help rocky relationships find more solid ground and good relationships become even stronger. Take it from the couples above, the time you invest in getting to know your partner all over again will be well worth it.

Dr. Kurt Smith is the Clinical Director of Guy Stuff Counseling & Coaching and writes a blog about the issues facing men (and the women who love them). As an expert in understanding men, their partners, and the unique relationship challenges couples face today, he regularly appears on The Huffington Post, Good Men Project and PsychCentral. Dr. Kurt is a lover of dogs, sarcasm, everything outdoors, and helping those seeking to make their lives and relationships better. Check out his weekly tips on Facebook or Twitter. 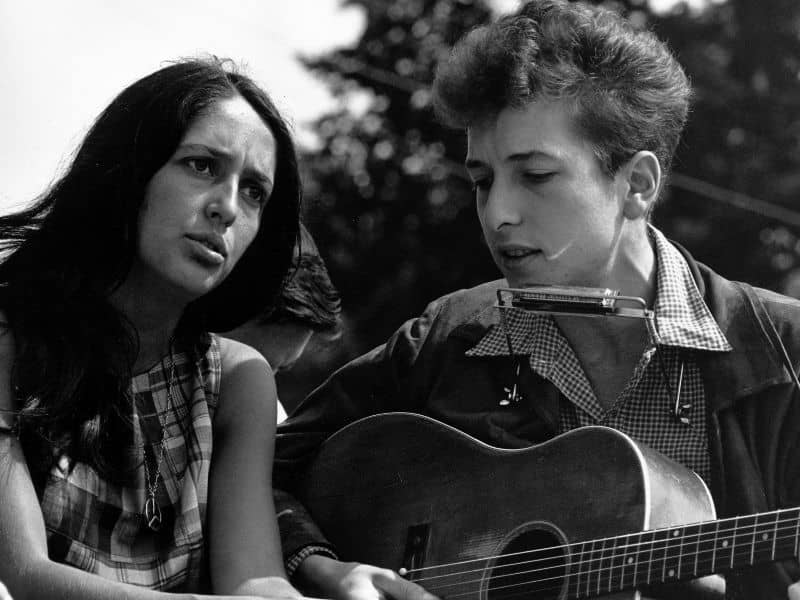 The Incredible Faith of Bob Dylan

more from beliefnet and our partners
Add some inspiration to your inbox
Sign up for Beliefnet's Love and Family newsletter.
From time to time you will also receive Special Offers from our partners
Dr. Kurt Smith