Does My Friend Genuinely Care About Me?

Your “friend” may not be as great a friend as you think they are. Know the signs. 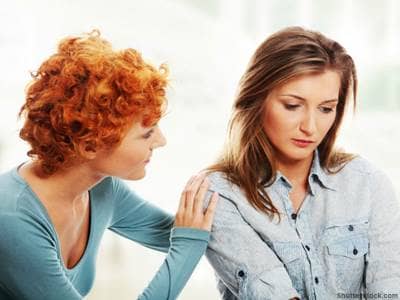 I had a friend once. I’ll call her Carol for the sake of this story. Carol and I grew up together and considered each other best friends, but we were honestly more like frenemies. Throughout the relationship, Carol always had a way of lifting me up, just to bring me down. She also had a way of using me. While we spent a lot of quality time together, those days usually consisted of me providing a car to get us around, money for our activities because she never had any money to cover these things and a place to stay for a number of months that were only supposed to be weeks when she was going through tough times. The relationship grew more and more toxic over the years. I would justify why her actions weren’t enough to end the friendship knowing deep down that they were. The relationship really came to a standstill when she developed an addiction and began to constantly ask me for money. Each week the amount she would request would grow. Though I only let her borrow money once, and it was returned, the constant requests without any inquiry about how things were going in my life started to get old. How many times can you listen to “I hate to ask for you this” without growing frustrated? I reflected a lot as our friendship began to grow apart. Did my friend genuinely care about me? Though all the signs were there that she didn’t, she had a way of giving me the bitter with the sweet. Even in the midst of being used, we still had fun times together and felt a sense of… comfort in the presence of each other. But even that began to shift when I went off to school and we began to go in very different directions in life.

You may have been in a similar relationship like the one I was in with Carol with a person you consider a friend. Though the signs may be there that your friend isn’t genuine, it isn’t always easy to see, particularly when you value the friendship and are afraid to let it go. Here are some things that are important when it comes to assessing if a friend really cares about you.

Someone who cares about you will ask you how your day is, not in an effort to tell you how terrible their day was or out of any obligation, but because they genuinely care about what’s going on in your life. They want to know what you’re doing; they also want to know if something significant has happened in your life. You don’t even have to talk to this friend every day, but when you do get together, they want to know how you are. Toxic friends will often avoid inquiring about the details of your life because they are way more focused on their own.

A Friend Who Genuinely Cares About You Will Tell You Things

While not all people are super open, most people are open with their friends. Someone who cares about you will tell you not only the big things, but also the little things. This can be how ridiculous traffic was on the route home from work; about the hilarious episode of your favorite show you missed last night, or the corny joke their coworker told them that morning in the break room. Some people share more than others, but someone who cares will talk to you about the things that matter to them, no matter how big or small that thing is.

A Friend Who Genuinely Cares About You Is Attentive

A friend who genuinely cares about you will listen. I’m not saying this person will always listen as well as they should. They may get distracted and even talk over you, but they are still listening to what you have to say. They are listening because your opinions matter to them. Often times, the things you say make an impact on them. What you tell them often makes them think, laugh and challenges them. They are active listeners who help you through your battles and various life stages, while you also help them through theirs. Remember, attentiveness is a two-way street.

A Friend Who Genuinely Cares Will Make Time For You

I can’t stress this one enough. A person who genuinely cares about you will have you on their priority list. This doesn’t mean spending every day, or even every month together but they care to spend time with you, and will make themselves available in the most hectic of schedules to make sure you are a priority. Whether you haven’t seen each other for an hour or a year, it’s not hard to read the pleasure on their face in your company. A person who doesn’t care for you will spend very little time with you, and when they do pays attention to you only for selfish purposes. A genuine friend will also take time for you. It may only be a few times a year. These friends may live thousands of miles away, but when you’re back home or in town, they want to see you. Though you may be separated by distance, they’ll chat with you regularly, and when you need them in the darkest of hours, they are right there to support you. These friends also won’t make you feel bad for taking up their time. They may be fully involved in their relationship, family and work life but no matter how busy they are, they never make you feel guilty for taking them away from what they are doing. You are just as valuable as anything else going on in their life.