The Prince Who Was Just Himself serves as a great tool for parents and teachers to use with their children to further explain Down syndrome and other disabilities. 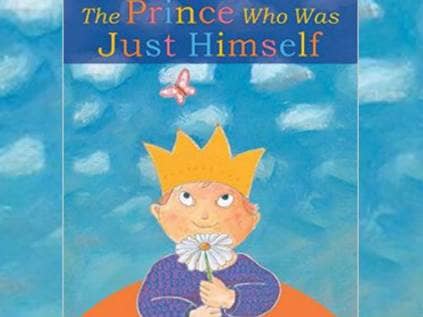 Not every children’s book needs to be about a damsel in distress or a fictitious cartoon that teaches life lessons. Silke Schnee’s latest title “The Prince Who Was Just Himself” sheds the stereotypical shadow of most children’s books and provides an open mind persona on major issues that many children and families deal with on a daily basis.

When Schnee’s gave birth to her third son in 2008, she was at first shocked and saddened to learn that he had Down syndrome. “I was sad and questioned what God had done,” she said. But after holding and feeding him, she was overwhelmed with a feeling of peace and understanding. “I realized everything is fine,” she said. Her own experience provided her with the inspiration to write “The Prince Who Was Just Himself.”

The book serves as a great tool for parents and teachers to use with their children to further explain Down syndrome and other disabilities. Not only does the book help to provide a sense of understanding but it also teaches children to appreciate the differences that make each individual a unique person.

In the book Noah is born into a happy family with two other siblings. Many onlookers recognize that Noah looks different however, throughout the book the family accepts Noah for who he is and teaches his siblings to do the same. Everyone is different and possesses different characteristics that make them who they are. “Noah makes us see that our life is not about achieving more, faster, and better things. His message is about what really matters in life – love. It’s as if he’s saying, ‘Open your heart to take in as much as love as you can,” comments Schnee.

Children are the true wonders of the world because they engulf such a sense of untouchable innocence yet their bright minds are our future. “The Prince Who Was Just Himself” paves the way for true acceptance within the world. Instead of stories with make believed characters, Noah provides a concrete identity that so many people and their families can resonate with.

There are people with Down syndrome and other disabilities all around the world – in every ethnic group, country and class. One in every 691 babies in the United States is born with Down syndrome – making it the most frequently occurring chromosomal condition. Down syndrome is a permanent condition, and causes mild to moderate delays in physical and intellectual development. Schnee’s book sheds light on the reality that exists and how we can change the future by giving our children the knowledge to accept and fully understand the realm of disabilities.