Talking about tough topics may not be as hard as you think, and, more important, you'll see how these conversations can lead to meaningful discussions of God's unchanging goodness. 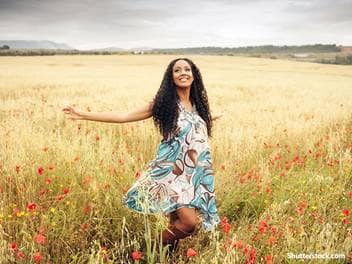 I’m not very comfortable with mystery. I don’t like saying, “Sorry, no clue.” I hate admitting that even though I have a master’s degree in Biblical Counseling, I’m frequently at a loss for words when people ask me the “why” questions. Sure, I have general answers, and because I believe that the Bible is actually God’s revelation of truth, I am confident about those answers. But I honestly don’t have answers for the “why this particular thing (and not that)?” question. In other words, God hasn’t let me in on His secret plans.

In the Old Testament there is a very interesting verse. After outlining the commandments that the people were to obey, and describing the blessings and curses implicit within the covenant between God and Israel, the Lord said,

The secret things belong to the Lord our God, but the things that are revealed belong to us and to our children forever, that we may do all the words of this law (Deuteronomy 29:29).

In His kindness, the Lord has revealed Himself to us. The invisible God who is incomprehensible to mankind has shown Himself through His creation (Romans 1:19-20). All we have to do is look around and we can learn something about Him. We see the order, the specificity, the grandeur, the sophistication of all that is, and we know that there is a God of immense wisdom, power, and love. As David proclaimed, “The heavens declare the glory of God, and the sky above proclaims his handiwork” (Psalm 19:1).

But that’s not all God’s done to reveal Himself to us. He actually became one of us, so that we could see and touch Him. Jesus Christ claimed that anyone who had seen Him had literally seen God. Think of that. These are His words, “Whoever has seen me has seen the Father” (John 14:9). If you want to know what God is like, look at the life of His Son. But that still doesn’t answer our “why?” question, does it?

You and I aren’t asking any questions that haven’t been asked before. Let me give you two examples: one from the Old Testament and one from the New. The first one comes from the book of Job, the quintessential sufferer. In the midst of his great misery, Job demands, “I will say to God, ‘…let me know why you contend against me’” (Job 10:2). Job is asking the “why” question, but surprisingly (and discomfortingly) God didn’t answer his queries. What God did do is change the subject and ask Job, “Who is this that darkens counsel by words without knowledge? Dress for action like a man; I will question you, and you will make it known to me” (Job 38:2-3). God refused to be questioned by Job even though God loved him and said that he was a righteous man. Job had to get comfortable with mystery: the “secret things” belong to God.

The second example comes to us from the life of Jesus Himself, in fact, directly from His own mouth. In His humanity, as He was suffering on the cross, He asked the “why?” question. He cried out, “My God, my God, why have you forsaken me?” (Matthew 27:46). If you want to wrestle with the mother of all “why?” questions, that one will keep you occupied forever. Not even Jesus was comfortable with the mystery He was experiencing in that moment, and yet, even in His darkness, He continued to walk by faith and not by sight. He bowed Himself before His Father’s prerogative to have a secret wisdom, a wisdom Jesus couldn’t fathom at that moment.

Thankfully, God has given us all the answers we need, and the rest of our questions can be quieted by our faith. We want answers, but the Lord tells us to trust and say,

Even though I walk through the valley of the shadow of death, I will fear no evil, for you are with me (Psalm 23:4).Yes, there are some answers, but there are also many secrets. He is God. We are not, so let us rest in Him.

Elyse Fitzpatrick is a nationally known speaker, biblical counselor and the author of 20 books including Answering Your Kids’ Toughest Questions: Helping Them Understand Loss, Sin, Tragedies, and Other Hard Topics (co-authored with her daughter Jessica Thompson). Visit her at givethemgrace.com and twitter@ElyseFitz