What is a Moral Compass? And Why You Need One

Since the beginning of civilization, everyone from kings and philosophers to monks and scribes has pondered the concept of what it means to live a “good” life. How can we know what it means to be a good human? While societal circumstances and expectations continue to evolve, this timeless question remains at the center as we try to live a life with true moral and ethical purpose.

5 Reasons Why You Need a Moral Compass

For example, without a moral compass, it's more likely that you will make decisions without thinking through the consequences of your actions. In addition, you'll likely be tempted to stretch the truth when it benefits you to do so. With a moral compass, you'll find it easier to resist temptation through principle-based decision making. In other words, your choices will be based on values you hold to be true rather than on what's easiest to do in the moment.

Taking the time to research, define and adhere to some objective standard for moral and ethical behavior can help each of us do our part to keep this situation situation from spiraling into further crisis.

What is a Moral Compass?

If you go as far back as the teachings of Aristotle, a moral compass is simply the benchmark against which you can measure the “goodness” of your individual actions and your overall life. For Aristotle, the definition of “good” was fluid – it meant living a life that allows one to flourish as a human being and have few regrets. Obviously, this definition isn’t the same for everyone.

A finely tuned moral compass can provide a set of core values that help guide your decisions throughout your life. Ideally, there is a balance between what’s good for you and what’s good for society as a whole. Although over time a person’s moral compass may evolve as it’s shaped by various religious, societal and experiential forces, it should retain some core principles – like seeking peace and integrity or causing no harm, for example.

The most important part of having a moral compass is using that moral compass. If we develop a moral compass and then ignore its readings, it does us absolutely no good. And by “reading” your moral compass, we simply mean logically considering your choices in a given situation, making sure your internal ethics and values square up against the decisions you make – are they aligned or are they in conflict?

5 Reasons Why You Need a Moral Compass

There are several benefits to having a well-defined moral compass. Keep reading to find out how a sound moral compass and a firm set of beliefs can help define your value system by providing a foundational guide.

If you don’t know what you stand for and what your ethics and beliefs are, then it’s very difficult to make any moral choices at all, much less good ones. By establishing and following a set of moral values, you provide both yourself and those around you with a sense of consistency. You’ll be less fickle or capricious when facing moral dilemmas because you can compare to past situations. With an unwavering moral standard, you can have a sense of absolute, rather than relative, right and wrong.

Your moral compass can define a set of personal values that will guide your decision-making, especially in ethically fraught situations. Examples of personal and family values include traits like kindness, integrity, justice, dignity, family first, personal responsibility, and more. When you know which of your ethical values is the most important to you, this allows you to guide your behavior to support these virtues.

The greater good is protected by a commitment to moral values, such as justice, kindness and equity. Treating others with kindness and supporting equitable opportunities for all can help create a more inclusive and empowering society. The more we strive to improve the lives of others – even when they’re very different from ourselves – the more we are able to build a truly moral society. And the more we steer clear of knowingly causing harm to our fellow human beings, the same is true. Those who operate with the greater good in mind continually question whether their behavior measures up to their duties and obligations to something bigger than themselves.

People who know where they stand on various moral and ethical issues typically feel a higher sense of self-worth and self-confidence. They feel empowered to act according to that little voice inside their heads that guides them toward right and steers them away from wrong. There’s substantial evidence that people with a strong moral compass feel a higher sense of integrity, which leads to increased feelings of contentment, focus, grounding and purpose. Through the process of self-inquiry, self-reflection and personal transformation often required to effectively recognize and define one’s moral compass, you gain a more intimate sense of self, which only serves to increase confidence and self-worth.

Many people begin to think more deeply about their moral compass and personal code of ethics the moment they begin the task of parenting. Most people want to be a good role model for their children, hoping to instill the ethical and moral framework that children need to be happy individuals and productive members of society. But you don’t have to be a parent to be a role model. You can also be a coach, a teacher, a mentor, or a faith community leader – and each of these leadership positions requires you to understand your own values and ethical stances so that you can guide the development of others.

In order to be a trusted leader or role model, you must know who you are and what you stand for – you must have a standard by which you can work through moral dilemmas that test you. In this way, you can define the ethical trade-offs that you are and are not willing to make in a leadership position.

People with a strong moral compass typically have healthier relationships and enjoy closer companionship with those around them. They are able to minimize harm and maximize positive contributions they make within society. While these people may have a high sense of individualized self, they also can see themselves as part of something bigger that should be nurtured and protected. Some may even argue that the ability to put others’ needs in front of your own is what provides the very essence of humanity, which leads to healthier individual relationships and a stronger, more connected society.

How to Find Your Moral Compass

People find their moral compass in a variety of places – through influential role models, holy books or even your family values. An organized religion or a particular faith tradition can provide a firm moral compass for many people. As long as your source of inspiration gives you an unchanging standard, you’re starting in the right place. It’s unlikely that any two moral compasses are exactly alike, but most share common traits that help distinguish right from wrong.

Most people begin developing their moral compass around their own personal values, which typically begin developing early in childhood. Values can be influenced by a wide range of sources, including parents, other family members, friends, teachers, coaches, as well as from formal organizations like churches, schools and community programs.

Long ago, some considered higher education to be the primary source of a moral compass for members of society, with its emphasis on moral philosophy. But over the centuries, following the rise of scientific inquiry, higher education pivoted to focus more on the world as it currently exists than how it should be – particularly within societal relationships. In other words, we became more concerned with what is verifiable than what is good, which many feel has left society with a weakened moral compass.

In the end, defining, strengthening and consistently using one’s moral compass is extremely difficult and challenging. If you’re interested in exploring your own moral compass, there are several outside tools that can help – for example, you can take this love language quiz to find out more about your preferences for giving and receiving love in relation to others in your life.

In addition, because family life is a key source for learning ethics and values, it can be helpful to better understand what values are being inherently communicated to your children through your family culture. To do so, simply take the family culture assessment. Doing so will put you in a more educated position to begin to more intentionally teach your children the values and ethics you hope will eventually become a core part of their moral compass.

The Importance of a Moral Compass

A sound moral compass can help you strike the right balance in your life between reason and emotion, practicality and idealism, and your needs as well as those of others. In other words, a moral compass can guide you toward what you ought to do in a given situation, not just what you want to do or even what others want you to do. The strength of your moral compass helps define your character, which determines how people choose to interact with you.

Does having a strong moral compass mean never making a mistake or suffering an ethical stumble? Not at all – instead, those with a well-defined set of moral values will be able to learn from those kinds of failings and use them to make better decisions in the future. In fact, it’s often the situations that test our moral fiber that help make our moral compass stronger. 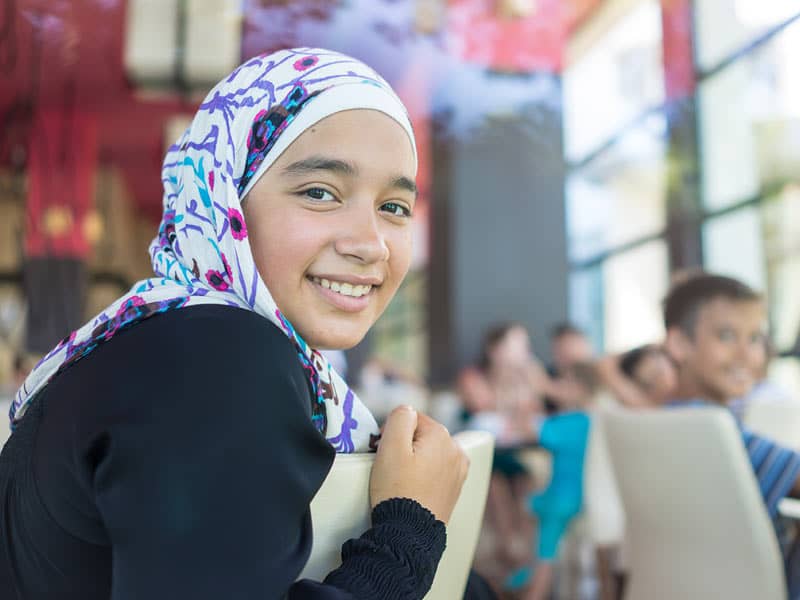 Hijrah: What it Means to Believers

more from beliefnet and our partners
Add some inspiration to your inbox.
Sign up for Beliefnet's Inspiration newsletter.
From time to time you will also receive Special Offers from our partners
Bryan Zitzman, Ph.D., LMFT