An African farmer lost a leg and his faith in God until strangers restored his hope.

Editor’s note:
In 1983, Gracie Parker Rosenberger fell asleep at the wheel and experienced a horrific car accident that has led to more than six dozen operations …including the amputation of both legs. Although saddled with nearly nine million dollars in health care costs and ongoing severe chronic pain, Gracie has defied the odds and emerged as a powerful voice of courage and inspiration to individuals around the world. The non-profit prosthetic limb outreach she and her husband, Peter, founded, Standing With Hope, continues to help amputees in developing countries. Married for twenty-five years, Gracie and Peter have two sons …one of which attends the United States Military Academy Preparatory School at West Point. Gracie and Peter live in Nashville, Tennessee.

While patients wait for the new artificial limb Standing With Hope provides at the clinic in Accra, Ghana, my husband Peter (co-founder and president of Standing With Hope) often joins them in the waiting area to hear individual stories and discover more about the people we treat.

In a room full of amputees, the discussion invariably turns to God and why He allows suffering and loss. During one trip, Kwame, a farmer who lost his leg to diabetes, expressed particularly strong views proclaiming his disappointment with God for allowing such widespread misery. Peter theologically sparred with him for a while, using everything he’d learned through his own journey of questioning God; but Kwame didn’t budge. Propping his amputated limb on his crutch, Kwame continued to list his indictments against God for allowing this mess of a world we inhabit. Several of the team, including me, grew frustrated with Kwame’s loud accusations about God’s goodness and justice, or in his opinion, the lack thereof.

Interestingly enough, Kwame’s comments sounded uncannily similar to ones I’ve heard expressed by friends, family … and me since donning an eye-patch for the first time or strapping on prosthetic limbs.

While Kwame shared his disappointment with God, the team continued working on limbs and treating patients. Muslim, Christian, Buddhist—we treat patients from every faith, or even no faith at all. Our job is to provide the best artificial limbs possible, and be faithful to share why we  do this work; results are God’s department. Peter often states, “We’re in sales, not management.”

After properly fitting the prosthesis, we sit down individually with each patient, provide them with a “Life and Limb” bag, and share the message of the Gospel. As each patient is unique, so is this one-on-one time we have when distributing Life and Limb bags. Sitting down with Kwame, Peter’s work was cut out for him. Kwame, an older, smaller man, continues to remain active and is in great shape, so the prosthetists put a high performance foot on his new, custom fit limb. We  are able to use high-end recycled prosthetic feet from patients in the US, who discard them for a variety of reasons (i.e. death, upgraded, or no longer needed devices, etc…)

Noticing something particularly familiar about the prosthetic foot Kwame now wore, Peter looked closely and discovered an artificial foot that once belonged to me. As a double-amputee myself, (both legs), I’ve been through many prosthetic legs over the years …and often find some of my older devices in my closet. Looking at the man now wearing my foot, Peter smiled and said, “Kwame, I know you have a lot of hard feelings toward God. But every time you find yourself blaming God for this world’s misery, I want you to look down at that foot. Rather than blame God, remember that Gracie trusted Him with her loss and pain, and chose to offer God her life; broken body and all.”

Gone were all the objections and accusations, Peter had Kwame’s full attention. “Because Gracie chooses to trust God, you are now able to walk without crutches on her foot; Kwame. You are literally standing because of her faith!”

Later, as Kwame prepared to leave, one of the team’s prosthetists walked by him, carrying a limb for another patient. Kwame grabbed her hand, and asked her to pray for him. While she prayed, Kwame stood straight and proud …with no crutches! The foot Kwame is wearing once helped me stand next to the President of the United States. Now, it’s helping carry Kwame to a higher office.

I heard about His healing, of His cleansing power revealing,
How He made the lame to walk again and caused the blind to see;
And then I cried, “Dear Jesus, come and heal my broken spirit,”
And somehow Jesus came and brought to me the victory.
—Victory in Jesus, Eugene M. Bartlett

I once heard a great statement: “Jesus was a carpenter, and he doesn’t even waste the sawdust.” God is using a foot once gathering dust in the back of my closet, to point a man to Christ. Our Lord transforms broken lives by using unlikely things such as spare prosthetic feet, sinful lives, and even two fish and five loaves into beacons of His redemption.

What an amazing paradox: painful things, things representing embarrassment or shame, sources of discouragement, and even things meant for evil become blessings to others and reflect glory to God when offered to Christ.

Nothing I can say will answer Kwame’s, yours, or even my questions about the misery in this world. Instead, like I did for Kwame, I offer what I have to equip others to continue ….standing with hope.

Also, learn more about Standing with Hope on their Web site. 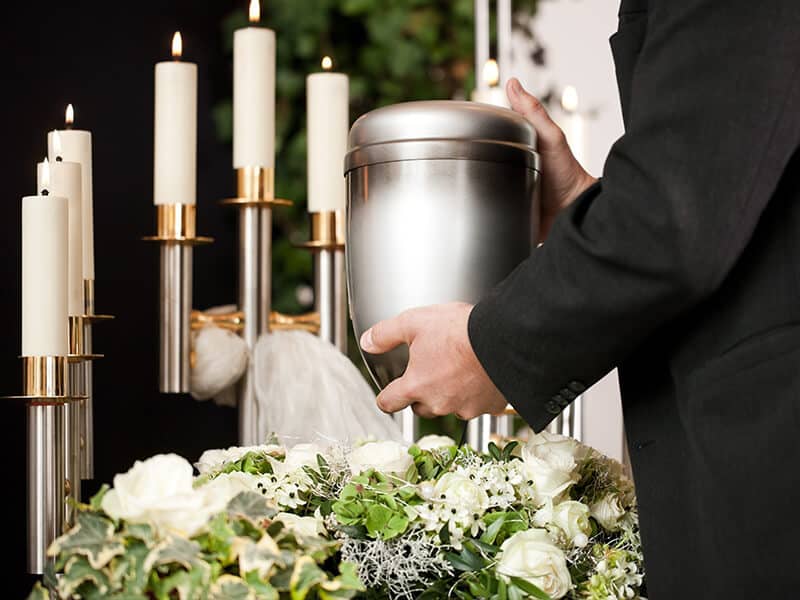