What are these unusual balls of light and what might they be telling us? 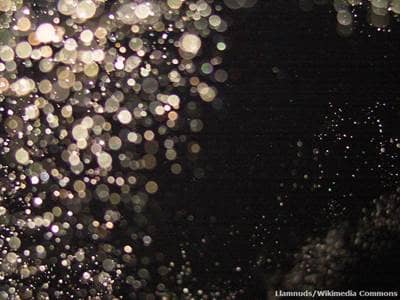 At some point, you’ve probably witnessed them – orbs, transparent balls of light commonly found in photos and also seen with the naked eye in certain instances. These balls of light come in different shapes, colors and sizes. Sometimes they appear as a multitude of spots grouped together. They have been captured anywhere from the great outdoors, in churches, schools, burial grounds, constructions sites, and indoors, among others. They have also been reported to be seen above fields with crop circles, at funerals, at births and in other facets of life. But what are these unusual balls of light and what might they be telling us, if anything?

While some believe that orbs are no more than dust particles or drops of moisture on a camera lens, others believe they are proof of ghosts, or guardian angels caught on camera. These are often referred to as “spirit orbs” or “angel orbs” and are thought to be the souls of people. When these orbs are captured on camera, it is believed to be sign that those in the photograph are protected by angels, and blessed with goodness and positive energy. Many believe that when orbs appear in particular locations, it’s a sign that angels are close by and the location is blessed.

In recent years, with the increased use of digital cameras, there has been a rise in the “orb phenomena” with a number of people reporting to see orbs both indoors and outdoors in seemingly ordinary conditions. This may not come as a surprise given newer cameras capture a higher amount of dust orbs than older photos do. Given where the flash is located on a number of these cameras, dust and other particles are easily illuminated. While most orb images are proved to be a result of the camera flash or some other light source reflected, others can’t be proven as such and represent the presence of energy. While plasma balls of light, or “ghost lights” have been proven to be electrically charged, there is a lot to still be discovered and understood about the electrical discharges from these orbs. The best indicators of real orbs are photos taken without the use of a flash, in unusual patterns of travel or those that are seen with the naked eye or self-illuminated.

There are many eye-witness accounts of orbs. Some have reported seeing orbs at night on the Gettysburg battlefield and some video recordings of orbs required no artificial light source. What has been found to be so intriguing is the movement and color of some of these orbs. Many people believe they represent angels, spirit guides and angels they have been known to hover around people at times. They have also been seen with psychic and mediums in the process of their work. Some also say that orbs have been brought forth through spiritual rituals, including prayer, worship and healing services.

As previously mentioned, orbs form in many colors. There are a number of theories around what the different orb colors mean. Most of these beliefs are spiritually based. Those who find significance in the color of orbs believe that a spirit is trying to communicate something with that color. Clear orbs are believed to be a sign that there is an attempt at communication from another source, and that a significant event took place in that location. That spirit is reaching out because they want help moving on. The presence of white or silver orbs is believed to be associated with a higher source and positive energy. The spirit is trying to offer protection to the ones around them. Black or brown orbs are believed to represent lower spiritual vibration and heavy energy, sometimes the presence of evil. Some believe when black and brown orbs appear, they are trying to tell you to proceed with caution and may find themselves feeling uncomfortable when they are present.

While there is still a lot to be discovered and learned about orbs, it is clear that legitimate orb sightings represent the presence of some form of energy and that energy can represent spirit. If you spot an orb, or a group of orbs in your photographs or with the naked eye, don’t discount it. A spiritual presence may be with you and attempting to communicate with you.