Most Inspirational of 2015 – Alison Parker and Adam Ward

The murders of Alison Parker and Adam Ward left everyone in the world heartbroken. Parker and Ward’s deaths have caused several discussions of tougher gun control laws to be implemented. 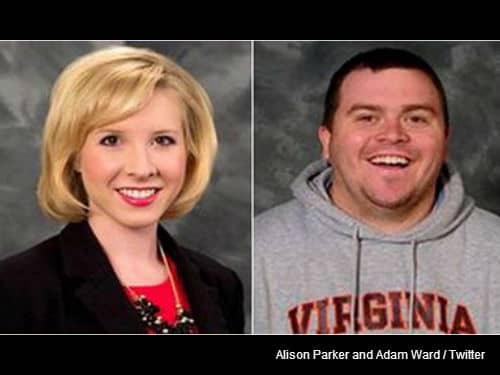 Reporter Alison Parker, 24, and videographer Adam Ward, 27, for CBS Roanoke affiliate WDBJ7 were murdered during a live broadcast by Vester Flanagan who used the on-air name Bryce Williams. The tragic acts were committed while Parker and Ward were taping a live segment. Viewers at home and in the WDBJ7 studio were left frozen as they witnessed the murder of two talented members of their society.

Bryce Flanagan’s motives stemmed from the stations’ dismissal for disruptive conduct in 2013 - to which he saw as racial discrimination. After being tracked down by the Virginia State Police, Flanagan committed suicide. After Flanagan murdered Parker and Ward, he posted a video of the shooting to his Facebook page.

Alison Parker grew up in Martinsville, Virginia and attended Patrick Henry Community College and James Madison University. In 2012, she interned for WDBJ as a general assignment reporter in New Bern, North Carolina. Then in 2014, she was hired by WDBJ as a correspondent for Mornin’. Parker was in a relationship with Chris Hurst, an evening news anchor/reporter at the station. The couple recently moved in together and had been dating for nine months prior to the shooting.

Adam Ward grew up in Salem, Virginia and graduated from Virginia Tech with a degree in communications and media studies in 2011.

Ward had worked at the station since July as a videographer and occasionally filled in as a sports reporter. Ward was engaged to WDBJ producer Melissa Ott, who was scheduled to leave WDBJ on the day of the shooting for a job with WSOC-TV in Charlotte, North Carolina.

The murder left everyone in the world heartbroken over the malicious acts. Parker and Ward’s deaths have caused several discussions of tougher gun control laws to be put in place. Andy Parker, Alison’s father, stated in various interviews that he would become an advocate on the issue of gun violence prevention, as well as with politicians and news outlets to address issues of mental health and improving care for those with mental illnesses.

We can all only hope that Congress will pass tougher gun control legislation to prevent other deaths from occurring. The unimaginable grief that is connected with outlandish acts like the events of Parker and Ward’s death are inexcusable.