How Confessing Your Deep Dark Secrets Can Free You

We are not defined by our past. 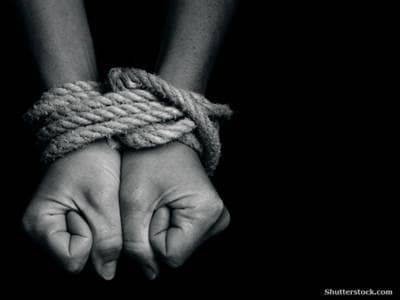 Let’s admit it. We all have secrets. When we carry those secrets around, it can weigh heavily on us physically, mentally and emotionally. It is extremely difficult to expose our secrets to our loved ones because we’re ashamed, not simply of the act we’ve committed, but of how they will view us once we reveal it. But when we find the courage to open up to others about our past transgressions by confessing those deep, dark secrets, we are freed.

In the film “In the Heart of the Sea” based on Nathanial Philbrick’s best-selling book about the dramatic true journey of the Essex, the ship’s surviving crew is pushed to their limits and forced to do the unthinkable to stay alive. In the harrowing aftermath of the ship’s demise, the surviving men are forced to deal with what happened within and it becomes and internal struggle for many. After they experienced the unthinkable, they carry around “unspeakable” secrets. The events that took place at sea and the secrets they hold weigh on the men so heavily that it calls them to question the value of their lives and the morality of their trade. Chris Hemsworth, who plays Essex first mate Owen Chase in the film explains that one of the most compelling aspects of the story is how the men respond to what they’ve been through.

“All of them are far different at the end from who they were starting out,” said Hemsworth. “Coming home, how do they look at themselves and at the world? How do they look at whaling? Are they going to go back out there and do it again…? or perhaps they are going to think, ‘Maybe this is wrong. Maybe there’s a lesson to be learned here.”

For some men aboard the ship, the thought of revealing those secrets publically is unimaginable. Thomas Nickerson is one of these men.

Nickerson is only fourteen years old when he joins the crew of the Essex and sets off on his first whaling expedition. He has prepared himself for this moment his entire life and is convinced that this profession will be his path to glory.

“He’s an orphan, he has no one, and he sets out on this voyage with a bunch of hardened men who have been doing this for years, and he genuinely has no idea what he’s doing,” said Tom Holland who plays the 14-year-old Thomas Nickerson. “He heads into it wide-eyed and ready to go, but he doesn’t know what he’s in for.”

What begins as joy, particularly at the thought of journeying with the Essex’s crew abruptly shifts to a nightmare –a nightmare he will never forget. While the Essex tragedy weighs on him heavily throughout the years, he refuses to talk about what happened aboard the ship, not even with his wife. The man Nickerson grows to be still bears the scars of his ordeal, although most of them are invisible. It isn’t until novelist Herman Melville arrives at his doorstep that he begins to open up the story, though it took much convincing that a freeing begins to occur.

Oscar winner Ron Howard who directs the film explains that paralleling the stories of a young Tom Nickerson and Thomas Nickerson thirty years later allows you to see the danger and excitement of the adventure seen through the eyes of a boy and the trauma and tragedy as remembered through the man. Thirty years later, he is the last remaining survivor of the Essex. Through the retelling of his story, he begins to unload his deepest, darkest secrets with a man he doesn’t even know. By being asked to retell the story, Nickerson is pressed to recount the events that continue to haunt him. But through the recount of events aboard the ship, you begin to see the weight of the secret lifting off of him, and it’s not only relieving, but it’s also freeing.

Veteran actor Brendan Gleeson, who plays the role of the older Thomas Nickerson in the film remarks “[Nickerson] was only a child when he witnessed this awful thing and has never spoken about the horror of what he went through. It’s something he’s suppressed for years upon years, and it’s essentially killing him. When he is able to bring himself to a place where he can finally confront it, it’s quite cathartic.”

When we hold onto our dark secrets, we can easily find ourselves in bondage to them. But when confess our dark secrets like Nickerson did in the retelling of the tragedy of the Essex, we can experience a similar freeing, and ultimate transform our lives. While finding the courage to share what you’ve been hiding can be horrifyingly difficult, revealing your secrets, even with a stranger can provide the psychological relief we need to move on. We are not our past, and when we share our stories we are no longer defined by them.