What Do You Hear?

The story of the Rich Man and Lazarus may be about more than heaven and hell. Maybe God is getting at something greater. 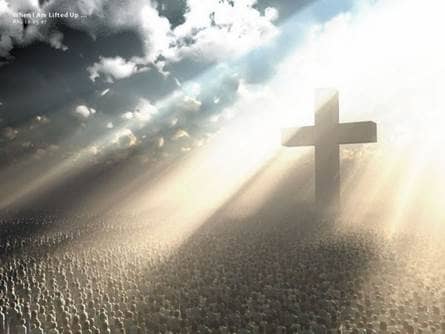 It was a favorite of the fundamentalist preachers of my childhood. They scared the hell out of me whenever they told this story.

And, they told it often.

You remember it don’t you?  The rich bachelor who lived in his penthouse suite on the corner of 64th and Central Park in Manhattan?  His suite, with its wrap around balcony, gave the rich dude a near panoramic view of the city.

Outside his wrought-iron fence, the gate that protected his penthouse apartment from the riffraff of this world, sat Harry the homeless guy every day. In fact, there was never a day he missed. Each morning, and again each evening, he would meet and greet the rich bachelor on his way to work and when he returned at the close of the day.

“Good morning, sir!” Harry would say in the morning.  “Good evening, sir!” he’d repeat in the evening. And, with a predictableness as anticipated as the rising and setting of the sun, the rich bachelor would reach inside the pocket of his Versace suit pants, retrieve his money clip, pull out a $5 dollar bill in the morning and another in the evening, and place it in the dirty hand of Harry, the homeless guy.

This went on day in and day out for years. Until one day, Harry wasn’t there to greet the rich bachelor. Nor was he there in the evening.

One morning, he stopped the patrol officer coming off the night beat in Central Park.
“Excuse me, Officer,” the rich bachelor called out. “Would you know whatever happened to Harry?”

Just then, he realized that, in all years he had seen Harry outside his gated apartment, he had never bothered to learn Harry’s last name.

“You know,” he stumbled as he pointed toward the pavement, “the homeless fellow who used to sit outside my gate here…”

The Officer just slowly shook his head from side to side and then said, “You haven’t heard, have you?"
“Heard what?” asked the bachelor.

“Harry died a few nights ago."

There was a pause that was long and awkward.

"My partner and I found him slouched over a park bench just over there.”  The officer was pointing to an empty park bench just on the other side of a hedge on the inside of the park itself.
“Not sure what happened to him,” explained the Officer. “A heart attack or something.  We never heard.”

And, with that, the Officer walked on.

“Have a good day!” he said in parting.

Now, had the story ended there, it would have been a sad story to hear but not so peculiar.  The world is full of homeless people. Though fewer in number, the world has its share of rich folks, too, who live in high-priced apartments overlooking Central Park.

But here’s where the story takes a weird turn.

Before that day ends, something happens to the rich bachelor, too.

You heard me right.

He walked to the corner coffee café, still stunned by the news from the officer that Harry had passed away.

“Good morning,” says the clerk, recognizing the bachelor as he walked slowly through the door.
“Will it be the usual?” she called out.

He picked up a copy of the New York Daily and, with cup of coffee in hand, he proceeded to sit in the corner of the café.

No sooner did he, however, but he dropped both the coffee and the New York Daily, slumped to the floor, and, he too, breathed his last.

"See what I mean?

But wait, it gets stranger still.

While peering across a divide greater than that of the Grand Canyon, he sees from the pits of hell all the way up to heaven above where Harry the homeless man was reclining in peace and comfort. Plenty to eat and drink, too.

He cried out to Mother Mary.

“Please Mother Mary (or, as Jesus told it, “Please Father Abraham…”) let Harry dip his finger in cold water and come quench my thirst. I am suffering here in hell.”

“I’m sorry,” she responded. “He cannot.  I cannot. There is nothing either of us can do for you.”
“Then, please…please,” the rich bachelor continued, “let him or someone from above go back to my family and friends in New York and warn them to not live as I lived…so they won’t end up like me, suffering as I am in such a horrible place.”

“I’m sorry,” responded Mary, “but I cannot do that either. Besides, it would do no good. They have churches and priests and preachers and spiritual teachers…let them listen to them."
“That’s just it,” he argued. “They won’t listen to them. They don’t listen to anybody.  But let somebody come back to life...let someone come back from the dead, then they’ll believe…I know they’ll believe.”

And, implied in his plea is the question, “Will they believe?”

And, right there, the strange story ends.

Seems simple enough. Scary enough. Their preaching was by nature designed to scare the hell out of you so you’d come forward at the end of their sermon, like folks used to do in the Billy Graham Crusades, and say a “Sinner’s Prayer,” and so get “saved,” as they called it.
Christianity was…and, for some, it is...all about getting people saved so they'll go to heaven instead of hell when they died.

That would all be fine and good, except for one little thing…no, this one big thing.  Going to heaven or hell isn’t what this story of Jesus is all about, now is it?
For one thing, there's none of that “Sinner’s Prayer,” get “saved” stuff found in either this story or any of Jesus' stories.

Furthermore, if this story Jesus told about the rich man and Lazarus was about getting saved and so missing hell and making heaven, then the way to avoid hell and make heaven is, according to this story, is not found in any Sinner's Prayer or public confession.

Know how I know?

I've never heard a fundamentalist preacher say, “One of these days, you’re gonna’ be judged on the basis on how you treat the Lazarus' of this world. Better not overlook Lazarus or the first now will be last then!”

Nope, I can say, truthfully, I've never heard that version of the story preached by any fundamentalist preacher. Yet, it’s likely closer to the meaning of this story than anything they used to say.

But then, maybe this story is not about heaven and hell at all. Maybe it’s about something else altogether.

“What could that be?” you ask.

We get a hint in the latter part of the story when the rich bachelor pleads with Mother Mary to send someone back from the dead.  He seems convinced that, if there were some kind of miracle…something inexplicable…something so rare, like a “Beyond and Back” story…the story of someone dying and hovering over their body and then being revived…he seems sold on the idea that, if there was something so incredible, people would finally believe and change their ways!

But would they? That seems to be the point, doesn't it?

I think I'm hearing a different story in this story than the story I heard the preachers tell.
Maybe this is a story about how we listen. What we hear. Whether we see.

You do not hear the voice of God everywhere, how could you hear God's voice anywhere?
If you do not see a miracle in the budding of a flower, how would you see a miracle of going beyond, then back?


If you cannot see God in everything, how do you see God in anything?

If you do not hear the cries of Lazarus in this world, then what do you hear?
If you do not know that you are Lazarus and you are the bachelor, too, then how could you possibly know who you really are?

If…through a story like the one Jesus told...you hear only about avoiding hell tomorrow, why be surprised to miss heaven today?

This is a story about hearing.

So, what do you hear?

Dr. Steve McSwain is an author, speaker, thought leader and spiritual teacher. His books and blogs inspire spiritual seekers around the world. He is a devoted follower of Christ but an interfaith activist as well. He is frequently heard to say, in the words of Mother Teresa, "I love all religions; but I'm IN LOVE with my own." Read more from Dr. McSwain on his blog Your Best Life Now