Avoiding this as a Theology question, let's consider it a Religious Studies one, which means the object is not to state some fact about God but to say there's some consensus among the religious traditions. 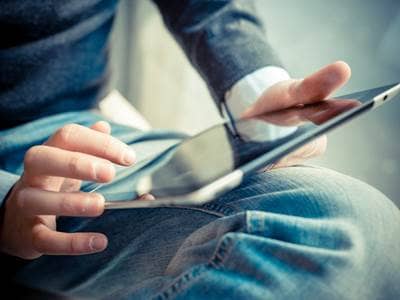 In 2014, Pope Francis famously described the Internet as a "gift from God", remarking that technology created unprecedented achievements of dialogue and understanding among disparate peoples.

For those of us who believe in a personal God, how should we see the relationship between technology and the divine, if there is any at all? Avoiding this as a Theology question, let's consider it a Religious Studies one, which means the object is not to state some fact about God but to say there's some consensus among the religious traditions.

One view may be that God opposes technology, instead asking humanity to put their faith exclusively in miracles and the afterlife rather than trying to improve the state of their own lives on Earth and control their own destiny. The three Abrahamic faiths of Christianity, Islam and Judaism tell parables of the consequences of recklessly using knowledge and discovery.

Such parables are unmistakable and indeed do condemn discovery and human material achievements as sinful. All three aforementioned religions speak of the misuse of the so-called Tree of Knowledge, and the arrogance of building the Tower of Babel. The latter is the most obvious one, being a parable of using engineering or perhaps worldly accomplishments in general rather than spirituality to reach the heavens. But does God condemn the technology itself, or the arrogance behind creating it?

One might point out that with the current use of space rockets, humanity has reached the heavens using engineering. Was God outsmarted? No one was smitten by God for such an act. Not even the atheistic Soviet Union suffered very serious consequences from this use of science. And despite this ballistic technology also enabling nuclear weapons to travel across the world (perhaps we have inflicted sufficient punishment on ourselves already in that regard) humanity endured.

Take a cursory look at the ancient Greek religion, and you will find the myths of Prometheus, Pandora, Daedalus and Icarus all speak of discovery, engineering and crude ancient science angering the gods and provoking their wrath. It is a common theme all throughout religious traditions.

A cynic might say such parables were put together by ancient clerics who saw the architects, scientists and engineers possibly encroaching on their authority and popularity. Such was clearly not the case in the Medieval period, when the clerics in fact were the scientists and they expressed a belief God had mandated them to create and discover.

However, if we believe the Bible and the Qur'an are cautioning us against the overzealous application of engineering to solve humanity's problems, we must see that the same books also tell of good uses of technology. There are even instances of God commanding works of engineering to be created, where they fit with the divine plan. The Book of Genesis, while containing the same parables against discovery and creativity already mentioned above, also has the parable of God ordering the creation of an unprecedented vessel by Noah, who appears to have been selected for his engineering skill.

On a more historical note, it is clear how technology has aided in the actual spread of religious traditions, in particular Christianity. Today, the creation of the Internet has been compared with Johannes Gutenberg's invention of the printing press between 1436 and 1439. This enabled the Bible to be recreated and circulated on a large scale for the first time, enabling people who had previously only received religious instruction from Catholic clergy to instead study their holy book for themselves.

Sudden availability of the Bible to the layman set off a wave of dissatisfaction with the Church in those days, and ultimately led to the Protestant Reformation. Since that time, all publishing has witnessed a technological arms race, becoming faster and faster. It has made us all more capable of rapidly circulating calls for protest and enlightenment. But to those who consider their holy book - whether the Bible or the Qur'an - to be the word of God, a great thanks must be owed to technology. Indeed, a sincere believer in a personal God must even consider that technology to have been endorsed or planned by divine agents somehow.

In particular, one must thank the technology enabling rapid sharing of information at minimum expense. It corresponds with the great ease of exposing people to the truth, which today empowers whistleblowers to challenge authority in the way Martin Luther once did at the beginning of the Reformation.

But what about other technologies? If the means of spreading the wealth of information are endorsed by God, why would his plan not also encompass all forms of technology that enable sharing in a broader sense?

Religious parables against discovery and creativity exist only insofar as they also warn against the selfish use of knowledge. In all cases - including the ancient Greek myths - the ones who offended God with their technology did so because of the selfish and self-aggrandizing ways in which they tried to use technology. Seeking immortality for oneself, or using one's status as a king to build grandiose palaces, are regarded as sinful because of the motivations for these actions rather than the actions themselves.

Correspondingly, then, where one seeks technology for sharing, or to give it to others unconditionally to help them (a treatment for a disease, for example) no righteous God could do anything but endorse such efforts. The god of Christianity, Islam and Judaism appears to approve of sharing, and would not hesitate to endorse or even command the creation of technologies enabling sharing. If so, each technology that overcomes barriers to information, wealth or natural resources must be already sanctioned by God and part of any divine plan for humanity.

That means, if you believe in God, God approves of your smartphone, your use of social media, and the proliferation of blogging as a new form of citizen journalism, as long you are here to share. It also means more surprises are waiting to enable even greater sharing in the world, and every share today is a moral use of technology.

Harry Bentham is a columnist for Beliefnet. To read more from Harry, visit his column L’Ordre.