Encouraging Thoughts from the Holy Land

Israel doesn’t need to be a place too far from us as our thoughts and hearts will always be with part of the Holy Land. We go to the Holy Land because it is a foundation of faith 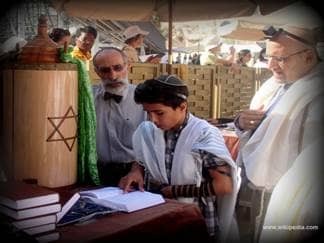 Israel doesn’t need to be a place too far from us as our thoughts and hearts will always be with part of the Holy Land. We go to the Holy Land because it is a foundation of faith just like we would go to any historical landmark to honor history. In Israel people value family time, take time celebrate God with Shabbat every week, and our deeply rooted into history. "

A Psalm of thanksgiving. Shout unto HaShem, all the earth. Serve HaShem with gladness; come before His presence with singing. Know ye that HaShem He is G-d; it is He that hath made us, and we our His, His people, and the flock of His pasture. Enter into His gates with thanksgiving, and into His courts with praise; give thanks unto Him, and bless His name. For HaShem is good; His mercy endureth for ever; and His faithfulness unto all generations."

If you can’t go to Israel, be encouraged by these encouraging thoughts and quotes.

1. Actor Max von Sydow: “Movies give me an opportunity to go places. I'm not only a Swede but an American, not just a man of my time, but I've been living 2,000 years ago-and not just in a new country, America, but in the Holy Land, too.”

2. Author Mark Twain: “When I was a boy I somehow got the impression that the river Jordan was four thousand miles long and thirty-five miles wide. It is only ninety miles long, and so crooked that a man does not know which side of it he is on half the time. In going ninety miles it does not get over more than fifty miles of ground. It is not any wider than Broadway in New York.”

3. Harry Truman: "I believe it has a glorious future before it - not just another sovereign nation, but as an embodiment of the great ideals of our civilization."

4. John F. Kennedy: "Israel was not created in order to disappear—Israel will endure and flourish. It is the child of hope and home of the brave. It can neither be broken by adversity nor demoralized by success. It carries the shield of democracy and it honors the sword of freedom."

5. Golda Meir Golda Meir, Former Prime Minister of Israel: “We do not rejoice in victories. We rejoice when a new kind of cotton is grown and when strawberries bloom in Israel.”

7. Israeli Prime Minister David Ben-Gurion: “In Israel, in order to be a realist you must believe in miracles.”

8. Ronald Regan: "Israel exists; it has a right to exist in peace behind secure and defensible borders; and it has a right to demand of its neighbors that they recognize those facts. I have personally followed and supported Israel's heroic struggle for survival, ever since the founding of the State of Israel 34 years ago. In the pre-1967 borders Israel was barely 10 miles wide at its narrowest point. The bulk of Israel's population lived within artillery range of hostile Arab armies. I am not about to ask Israel to live that way again."

9. Director Steven Spielberg: "From the day I started to think politically and to develop my own moral values, from my earliest youth, I have been an ardent defender of Israel.”

10. Poet Yehuda Amichai, “Jerusalem is a port city on the shore of eternity.”