In the genre of country music, Muslim musician Kareem Salama has found his niche. But he doesn't sing "Allah" with a guitar and a cowboy hat, he just sings of faith.

"Hesham's iPod" is an occasional column about what's hot, what's spiritual, and what's buzzworthy in Muslim music, and about the nature of Muslim artists.

I was never really a country music fan, and I never thought I would purchase any country music album. That was until I listened to Kareem Salama. I first heard this talented musician at the entertainment session of the Islamic Society of North America conference a few years in Chicago. I thought he was good, but initially I wasn't really that impressed. In fact, I was basically "forced" to buy his album from a friend of mine who wanted to promote him and his music.

But sometimes we’re put on a path that has a good destination, though we don’t know of it at the time. And so when I put Kareem Salama in my iPod, I became forever hooked ... maybe not on country music, but definitely on this country musician.

Born and raised in the small town of Ponca City, Oklahoma, Kareem Salama is the son of (like me) Egyptian immigrants. A chemical engineer and now lawyer by trade, Kareem Salama's his venture into music was long in the making. Writing on his website, Salama says, "I began writing songs when I was very young, but I became a more serious writer because of my love for classical poetry." His songs culminated in his first album, “Generous Peace,” which came out in 2006 and is currently available on iTunes.

The album is a wonderful collection of songs with deep meaning and messages. A soothing spirituality weaves throughout each song, but there is nothing overtly Islamic in this album either, which is exactly how I like Muslim music. You don’t have to be Muslim to listen to this. Kareem Salama doesn't sing "Allah" with a guitar and a cowboy hat.

But I can feel Allah throughout his music. One of my favorites on this album is "Land Called Paradise," in which Salama sings about going to the "Valley of the King." The music video to that song is extremely touching, and it won the Grand Prize in the 2007 One Nation/Link TV film contest. My absolute favorite song, however, is "Lady Mary," where Salama sings about the mother of Jesus is such a beautiful way that it almost always brings tears to my eyes.

Salama’s second album, "This Life of Mine," came out in 2007. I recently was blessed to interview Salama, and his answers reveal a deeply reflective singer who puts his all in his music.

Were you always into country music?

Most everyone where I'm from listens to some country music. So to greater or lesser degrees I always enjoyed country music. I love the lyrics and the stories in country music. They are real and reflect what I believe to be good art--art that is inspiring. I’m an Aristotelian in that way. I believe art should serve truth.

Although I can see Islamic thoughts infused in your music, there is nothing overtly Islamic in your songs. Is this intentional?

I would say talking about love is overtly Islamic. It may also be overtly Christian, Jewish, or even overtly human but the fact that the subject matters I discuss are common to all people doesn't make them any less overtly Islamic. If what is meant by “overtly Islamic” is the mentioning of Arabic words and specific religious figures, that kind of music is better left to the great Sufi writers who are far better at writing devotional works for the traveler on the path.

You have an impressive educational resume. Do you intend to do law work in addition to singing?

Yes at some point. I would like to do something in intellectual property (patents, trademarks, copyrights, etc.). That way I can combine my knowledge of engineering, my interest in the arts and my legal degree.

How has the reception been for you as an American Muslim country singer?

I haven't heard anything but positive feedback from the people who have heard it. This being the case regardless of people’s religious or even cultural backgrounds.

Do you write all your own songs?

I write all the lyrics and the melodies and some of the chord progressions. Typically I write with my producer, Aristotle. I give him a rough outline of what I want to do in terms of either melody or chord progression, and he works on the composition.

Where do you see your singing career going from here? Grand Ole Opry? Grammys?

I am not entirely sure. I leave it to God. I am open to whatever direction the winds of decree may take me.

A Muslim recently won a Golden Globe for best musical score for “Slumdog Millionaire,” A.R. Rahman. Will you be the first Muslim Grammy winner?

I wouldn't bet on it but I'm sure in the coming years you'll see more and more American Muslims in the mainstream music industry.

Do you think your music can help combat radicalism among Muslim youth, especially given recent tragic events?

I haven't observed in "radicals" in America. I'm not sure people in other parts of the world that may be "radicals" care to listen to my music. I do hope that my music inspires anyone and everyone and contributes to a growing amount of authentic American art produced by young American Muslims.

Have you thought about performing in the land of your ancestry, Egypt?

I have and have been invited a few times to perform there. I just haven't yet, but I do have it on my "things to do" list.

You have a new album out ... any plans for others?

The most recent album is about a year and a half old. The current plan is to produce a mainstream release that will be marketed and distributed widely, God willing.

Kareem Salama is a definite keeper for your iPod, and look for very good things to come from this American Muslim engineer-lawyer-country singer. 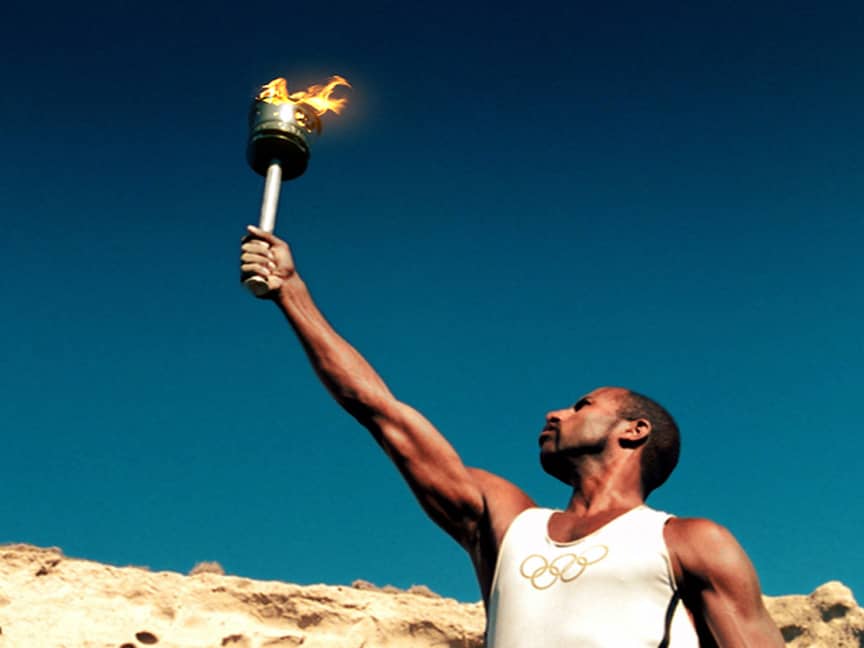 The Fascinating Tale of the Olympic Flame