Karma is a fascinating concept. It’s complex, thought-provoking, and essential to Hinduism. 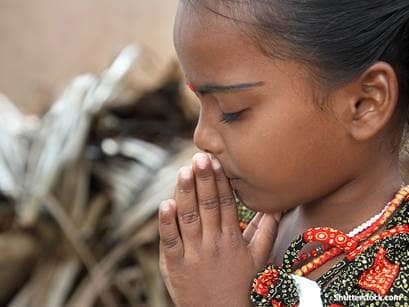 Karma is a concept that has always fascinated me. It’s complex, thought-provoking, and essential to Hinduism. Yet it is a term that has been “dumbed” down over the years as it has entered everyday jargon. And more recently, “karma, baby” tends to be casually thrown out as a reason or explanation when something “bad” happens to a person. But the concept of karma is far more complex than that, and does not only apply to cases where “bad things” happen to good people.

At the Hindu American Foundation (HAF), we’ve described karma as:

The principle of cause and effect

Integral to this is the understanding that outcomes may span over lifetimes. Thus, karma also presupposes a belief in an undying, everlasting soul, or atman, that carries on when one’s physical body dies. A person’s actions – good or bad – are attached to the soul and are carried forward as the soul survives the death of the current physical body to be reborn in a new physical body. Thus, the fruits of today’s thoughts, actions, and intentions may not be felt today, tomorrow, or even in the next five years. They may take lifetimes to manifest. But as of yet, no Swami, guru, or Hindu scholar has been able to provide me with an exact formula for karma.

Gadadhara Pandit Dasa – the Hindu Chaplain at Columbia and a friend of mine – took at a stab at explaining karma in his latest piece in The Huffington Post. I think his piece is a great introduction to the concept.