The 4 Essential Goals of Hindu Life

What are these goals, and what do they mean? 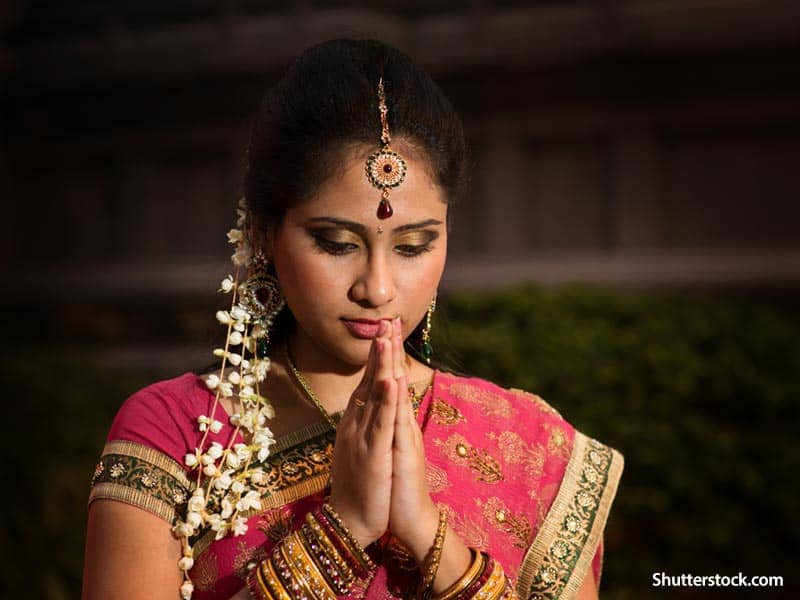 Most religions have some sort of goal or end in mind for their adherents. Christians are concerned with the salvation of the soul and the resurrection of the dead when Jesus Christ returns to earth. Muslims want to enter Paradise on Judgment Day. Buddhists want to escape samsara, the cycle of birth, death and rebirth. The variety of traditions that together are called Hinduism has a final goal for adherents as well. Unlike some other religions, however, Hinduism lays out four distinct goals for faithful Hindus to reach during their lives. These four goals are called the purusartha or purusharthas. Purushartha is a concept that appears in the ancient Vedic texts. The Vedas are a collection of Sanskrit texts that were passed down for centuries as a perfectly preserved oral tradition. The correct pronunciation of the holy words was considered to be vital to the continuation of the universe. As such, modern scholars and Hindus know exactly what ancient Sanskrit sounded like even though the language itself has not been used in daily life for generations.

As the term purushartha originates in the Vedas, it is a Sanskrit word, and thus, unfortunately, does not have an easy English translation. Purushartha is most commonly translated as the “goal of human existence” or “the soul’s purpose.” The idea and term purushartha also appears in the ancient Indian epics, the Mahabharata and the Ramayana.

Purushartha is not just a word out of ancient times. The concept of these four goals still rules the lives of faithful practitioners of Hinduism today. So, what are the purusharthas, the four essential goals of Hindu life? 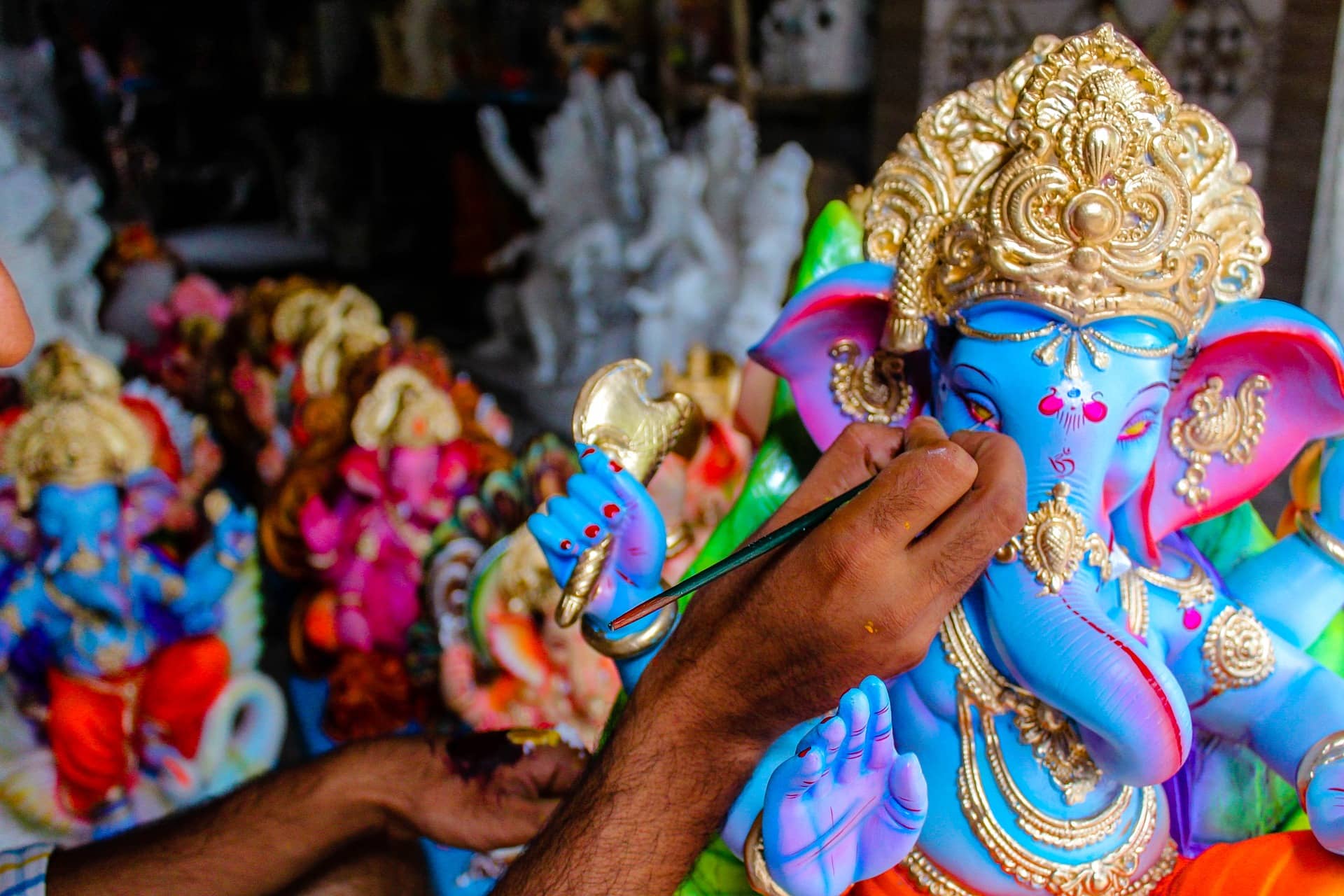 Along with nirvana, kama might be one of the best known Sanskrit words in the West. Kama means “desire” and is most often connected with the famous Kama Sutra. While kama does not always refer to sexual desire, sexual pleasure is a part of kama. Kama as a whole is made up of sensual and aesthetic pleasures. As such, it is a goal of Hindu life to have a deep appreciation of the arts and to enjoy music, dance, poetry and yes, sex. Pursuit and enjoyment of these pleasures, however, should always be done in a virtuous manner. Adultery is condemned as is hedonism.

Kama should never be one sided. To truly embrace kama virtuously, a Hindu must both give and receive kama. A Hindu has not achieved the goal of kama if they lack one area and overcompensate in the other. The giving and receiving of kama should be roughly equal. Some of the ways a Hindu could give kama would be by creating a work of art or joining a dance group and performing for others. 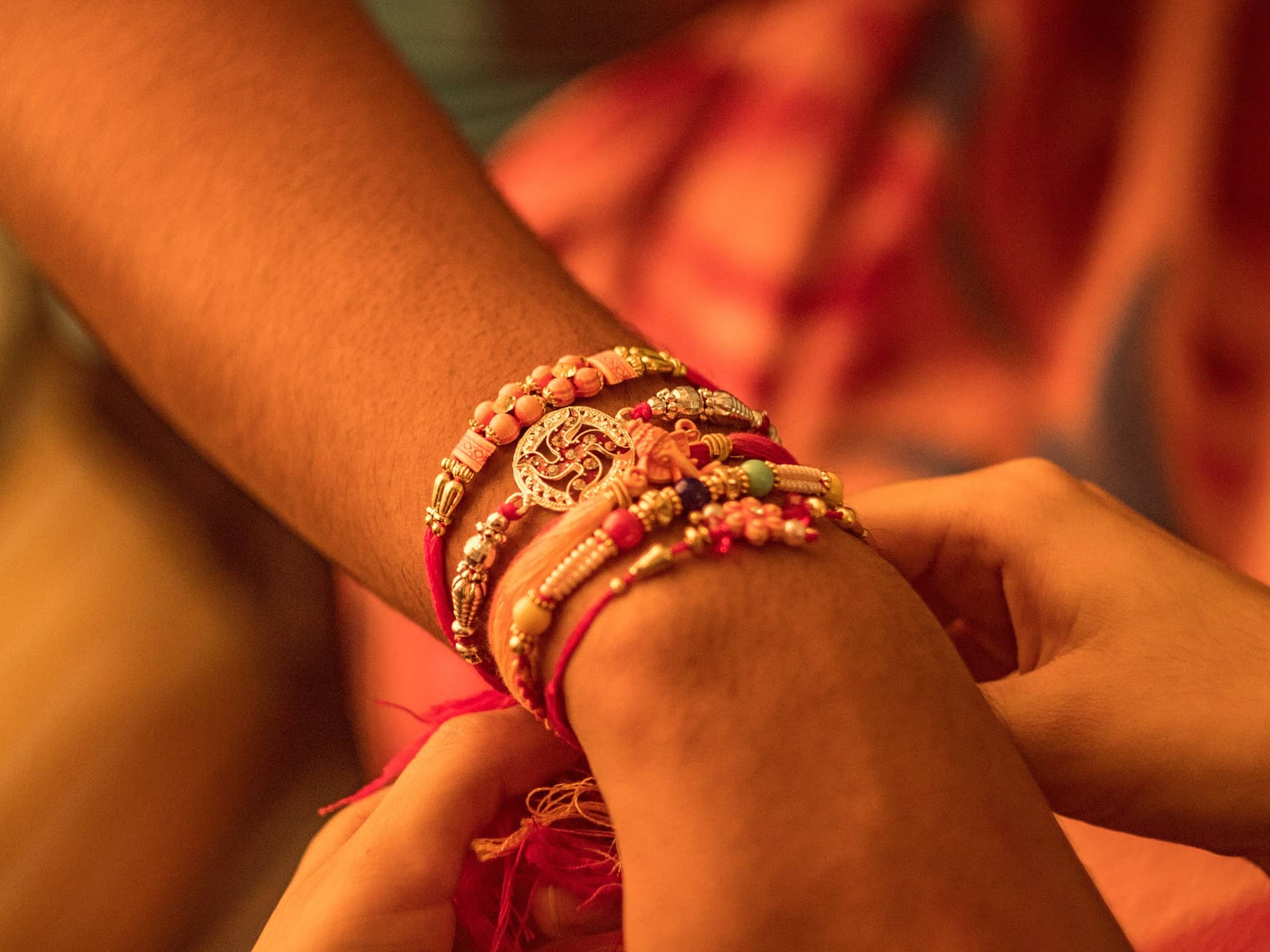 Artha is the Sanskrit word for “abundance” or “success.” Artha is associated with the householder stage of a Hindu man’s life. This time begins when a man marries and continues until his first grandchild is born. During his time as a householder, a Hindu man is supposed to focus on providing for his family. Artha, to both Hindu men and women, deals with material and monetary abundance. Hindus do not look down at monetary gain or a person’s ethical attempts to increase their own power. That person is merely seeking artha. So long as money or power is pursued in an ethical and virtuous manner, it is acceptable.

The other stages of a Hindu’s life, or ashrama, are student, forest dweller and renunciate. A student is a young person who is responsible for studying and learning the religious texts, especially the Vedas. This stage lasts until a person marries. The householder stage follows the Hindu’s time as a student.

After the birth of a Hindu’s first grandchild, the forest dweller and renunciate stages can begin. These are not stages all Hindus choose to pursue as it requires leaving behind their family and abandoning all personal and sensual pleasures in favor of meditation and contemplation. Hindus who choose to follow the forest dweller and renunciate paths are, however, seen as having a better chance at escaping samsara, the cycle of rebirth. 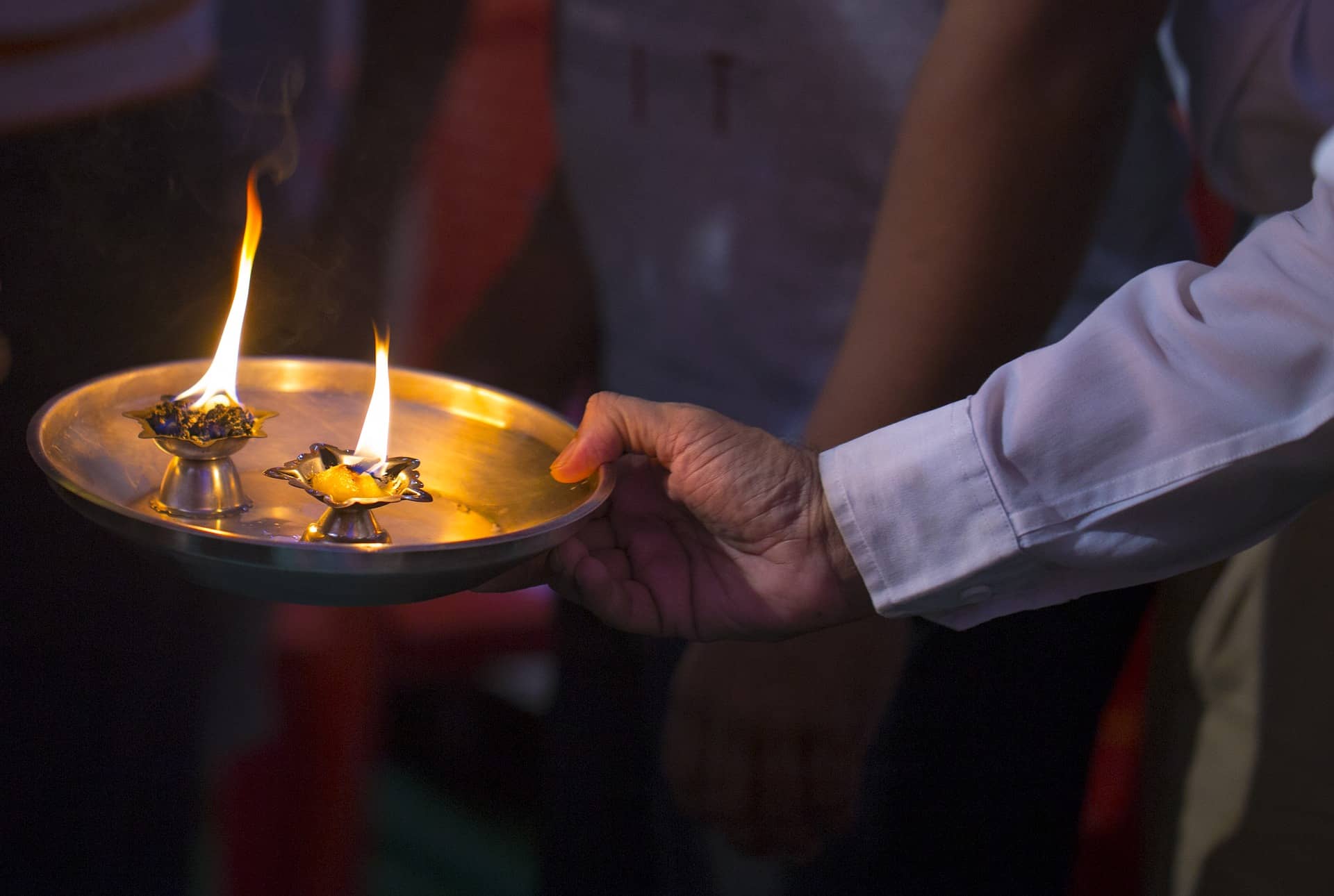 Dharma is a Sanskrit word that has no good translation into English. It is most commonly translated as meaning “truth” or “virtue.” While these are the closest single-word translations English possesses for this Sanskrit term, “duty” and “honor” are both conflated with dharma.

Dharma is a concept central to both Hinduism and Buddhism. Dharma is the power that upholds the world and keeps the universe balanced on a cosmic level. Everything is considered to have dharma, even inanimate objects. The dharma of a rock is to be rock. For a Hindu, however, dharma is not exactly a state of existence but a series of conscious choices. Dharma means choosing to live an ethically and ritually correct life. What a “ritually correct” life means will depend on the person, their caste and their stage of life. The dharma of a householder is to increase his wealth and the wealth of his family. The dharma of a Brahmin is to offer sacrifices correctly. These dharmas would change when the householder or Brahmin reached the forest dweller stage of life. Then, their dharma would be to spend time in contemplation and prepare for the transition from this life to the next. 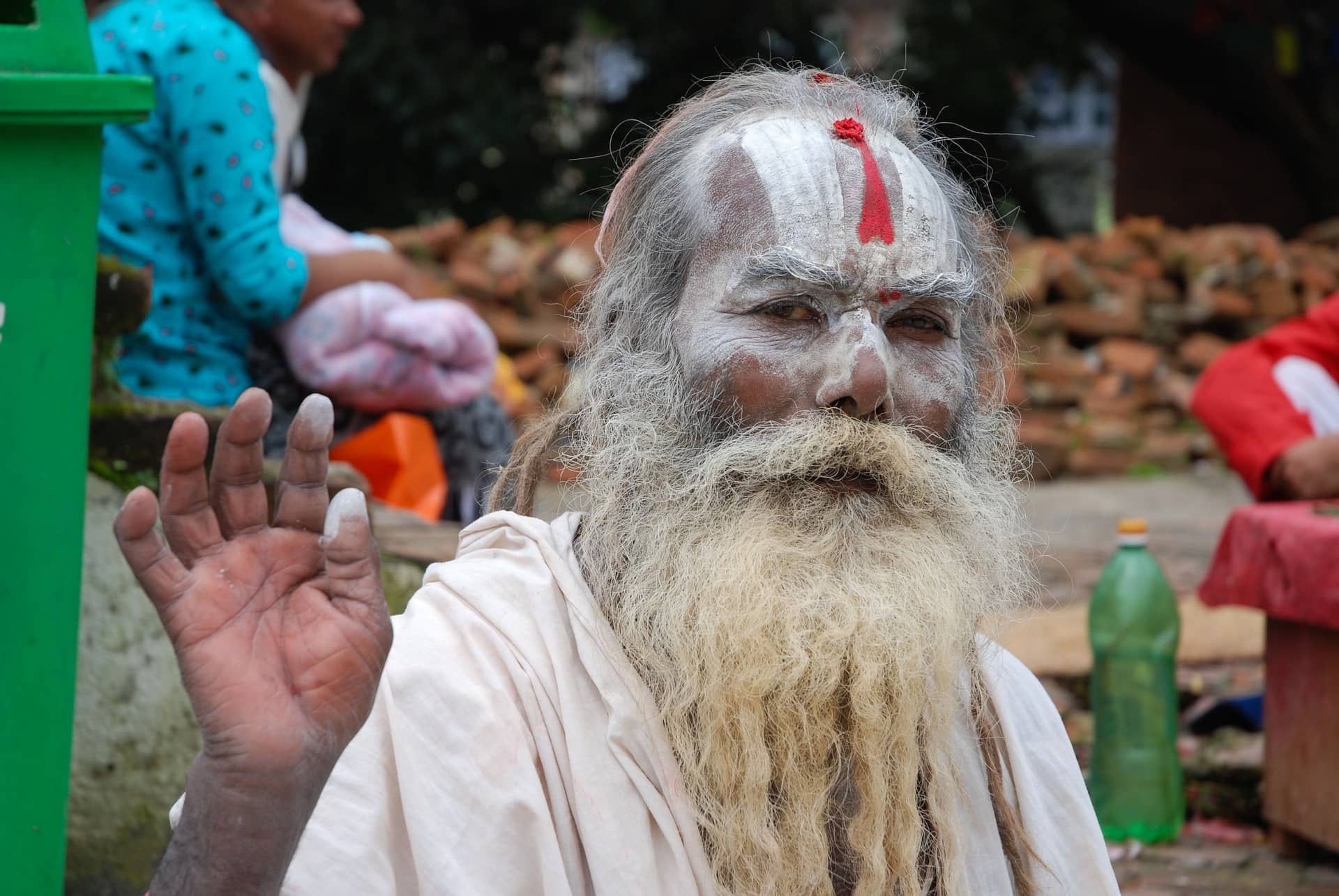 Moksha or moksa is arguably the pinnacle of Hindu life. Moksha means “release” and is the ultimate goal of the lives of most Hindus and many Buddhists. When a person achieves moksha, they have gained enlightenment and will not amass any more karma. Karma means “action” and is the collection of consequences amassed during a person past lives. These consequences keep each person locked in the cycle of rebirth. As an enlightened person is not creating any more karma, they will live long enough to spend the last of their current karma. When their current karma is spent, the enlightened person will die and not be reborn. Instead, they will join with the Divine. What “joining with the Divine” means varies between the different traditions of Hinduism. Brahmanism, for example, believes that joining with the Divine means coming to truly understand that your atman, or self, is really just part of Brahman, the impersonal, all-encompassing creative force in the universe. For those in the Hare Krishna tradition, joining with the divine means serving Krishna in a perfected spiritual body after death. 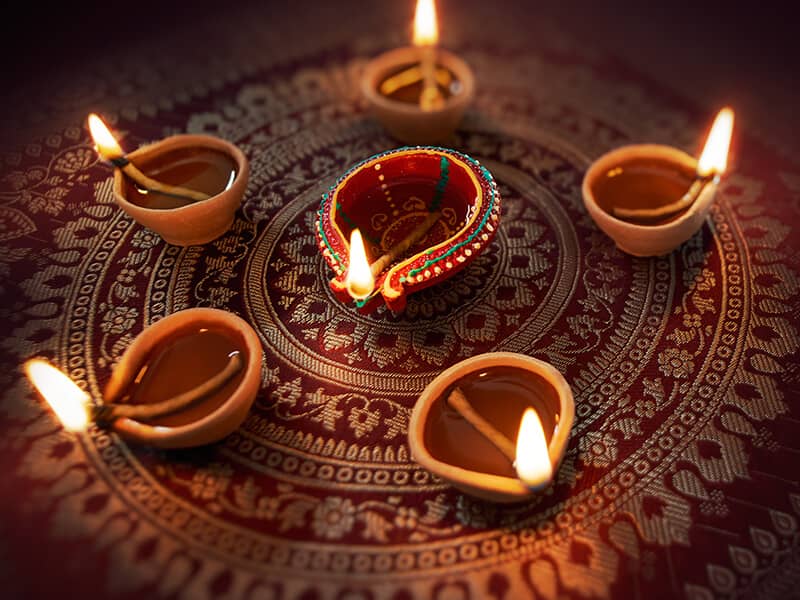 While the details of each purushartha vary based on a number of factors, every Hindu endeavors to reach these four goals. Some, of course, are easier than others to reach. Kama, after all, comes very easily to human beings. To desire is a very natural part of any human’s life. Moksha, on the other hand, is extremely difficult to achieve and requires long years of hard work. Still, the difficulty of achieving the final goal of life does not keep Hindus everywhere from pursing it. The reward of eternal peace, after all, is believed to be worth far more than the effort required while in this imperfect world. 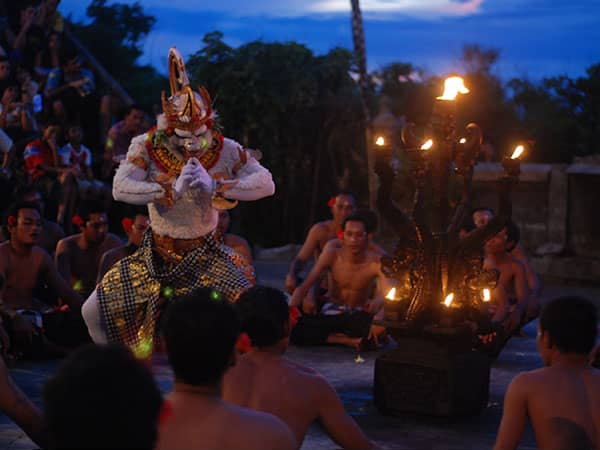 What is Hanuman Jayanti?

There are millennia of rich history behind this colorful Hindu festival. Read next feature >
Stephanie Hertzenberg is a writer and editor at Beliefnet. She is a graduate of the College of William and Mary where she majored in Religious Studies and minored in Creative Writing. She maintains an avid interest in health, history and science.

More from beliefnet and our partners
Add some inspiration to your inbox.
Sign up for Beliefnet's Hindu Wisdom newsletter.
From time to time you will also receive Special Offers from our partners
Stephanie Hertzenberg