Does The Bible Condemn Astrology?

Let's have a look at what the Bible says. Although there are verses in Genesis, Judges, and Luke that appear to support astrology I'm going to focus on the ones that appear to disapprove of astrology. 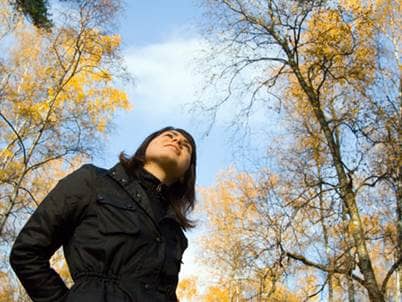 Getting to the root of what the Bible says in absolute black and white terms can be trickier and more complex than many people realize. For example: I am a man with long hair. What does the Bible think about that? If you like long hair on men, you have the verses to back that: Numbers, Judges, and 1 Samuel all make me pretty godly, at least as far as my fashion statements go. If you think I'm just some dirty subversive hippie type, you can back your case with 1 Corinthians, which says "Doth not even nature itself teach you, that, if a man have long hair, it is a shame unto him?" As a man with long hair, I can argue against that. Why would either Jews or Christians insist that men make a clearly Roman statement with their hair? And how exactly DOES "nature itself teach you" that men with long hair are shameful? Off the top of my head the only example from nature I can think of would be male lions, who have really long hair compared to the females... and frankly, lions are pretty cool ("The wicked flee when no man pursueth: but the righteous are bold as a lion." -Proverbs 28:1).

Keeping in mind that I am an astrologer and obviously have some skin in the game... does The Bible condemn astrology? From my perspective, it doesn't. I have a lot of clients from a broad range of backgrounds, and some of them are Christians, so I've encountered this subject before.

Let's have a look at what the Bible says (I'll be using the King James Version here, because I am also a writer, and I like the sound of the KJV's language). Although there are verses in Genesis, Judges, and Luke that appear to support astrology (and most famously, The Book Of Matthew, where The Wise Men appear to use astrology to find the Messiah), I'm going to focus on the ones that appear to disapprove of astrology.

Among a list of other things God finds abominable are people who "...hath gone and served other gods, and worshiped them, either the sun, or moon, or any of the host of heaven, which I have not commanded." This one gets used a lot to condemn astrology. The problem with that is that astrologers don't "worship" the Sun or Moon any more than truck drivers "worship" road maps or meteorologists "worship" Doppler radar maps of storm cells. I also apply this viewpoint to Zephaniah 1:4-5 ("I will cut off ... them that worship the host of heaven").

“When you come into the land which the Lord your God is giving you, you shall not learn to follow the abominations of those nations. There shall not be found among you anyone who makes his son or his daughter pass through the fire, or one who practices witchcraft, or a soothsayer, or one who interprets omens, or a sorcerer..."

Here's where we get into the thorny issue of what the Bible actually says in its original language. Many English translations of The Bible specifically use the term "divination" when these things come up. "Soothsayer" and "interprets omens" are likely references to non-Jewish-approved means of divination. However, the Old Testament also mentions the use of The Urim and The Thummim as Godly and acceptable forms of divination. Moses himself uses this technique to try to figure out God's Will. It's just a shame for us that we no longer know what, exactly, The Urim and Thummim were. It's an interesting subject of inquiry though, especially if you're into runes.

This also brings to mind the story of Sisera, commander of the Caananite forces, whom it appears was ultimately defeated by the Israelites in part because of astrological forces being against him ("They fought from heaven; the stars in their courses fought against Sisera" -Judges 5:20). So, use your own judgement.

"Let now the astrologers, the stargazers, the monthly prognosticators, stand up, and save thee from these things that shall come upon thee. Behold, they shall be as stubble; the fire shall burn them; they shall not deliver themselves from the power of the flame: there shall not be a coal to warm at, nor fire to sit before it. "

Well, that seems pretty straightforward... until you look at the context. Isaiah 47 is about God's anger with Babylon. Once you read the whole thing, it's obvious that what we're looking at here is not a specific condemnation of astrology or divination -- it's a warning that God is going to do what God is going to do, according to His will and His timetable... not yours or anyone else's. A modern version of this might be something like "I don't care how healthy you are, or what the actuarial tables say about your lifespan, or how organic and unprocessed your diet is... if God wants you to drop dead of a heart attack next Tuesday, that's what's going to happen."