The Biblical Meaning of a Mark on Your Forehead

The forehead is one of the most prominent parts of the body. In scripture, the forehead is a metaphor for boldness. It is also symbolic of destiny and decided identity. A mark on the forehead in the Bible generally represents something good or bad.

One example is mentioned in Exodus 28:36-38, which says, “Make a plate of pure gold and engrave on it as on a seal: holy to the Lord. Fasten a blue cord to it to attach it to the turban; it is to be on the front of the turban. It will be on Aaron’s forehead, and he will bear the guilt involved in the sacred gifts the Israelites consecrate, whatever their gifts may be. It will be on Aaron’s forehead continually so that they will be acceptable to the Lord.” This passage refers to Aaron’s garments. He was the best-dressed man in the world and the fact that seal on his forehead is a reminder of God’s glory. It is also symbolic of the chief priest’s allegiance to God.

There are a few references to foreheads as a symbol of Israel’s stubbornness against God. We also see foreheads mentioned in two significant but tragic biblical stories. One is the story of David and Goliath. Goliath was brought down by David’s slingshot, which hit him directly in the forehead. There is also the story of King Uzziah, whose foolish attempt to take over the role of the priest in the tabernacle following warnings and rebukes resulted in an outbreak of leprosy on his forehead.

A more positive example of a forehead reference can be found in Ezekiel 9, when God was carrying out judgment in Jerusalem. In this chapter, we see God sparing those who grieved about sin just as God did. They received a unique sign on their foreheads to preserve them. Ezekiel 9:4-6 says, “And the Lord said unto him, Go through the midst of the city, through the midst of Jerusalem, and set a mark upon the foreheads of the men that sigh and that cry for all the abominations that be done in the midst thereof. And to the others he said in mine hearing, Go ye after him through the city, and smite: let not your eye spare, neither have ye pity: Slay utterly old and young, both maids, and little children, and women: but come not near any man upon whom is the mark; and begin at my sanctuary. Then they began at the ancient men which were before the house.” This is a biblical symbol of allegiance. You can choose to stand on one side or the other.

In the New Testament, when God is getting ready to pour out His wrath, He says, “Do no harm to the earth or the sea or the trees, until we have put a seal on the foreheads of the servants of our God” (Revelation 7:3). This mark on God’s people was there to protect them from judgment, similar seen in Ezekiel. In Revelation 9, a judgment is released with the destruction of locusts that were there to destroy mankind. However, it was not there to destroy all of it. Revelation 9:4 says, “…only the people who do not have the seal of God on their foreheads.” This seal is one of ownership, protection and belonging to God.

The mark is a seal for the followers of the Antichrist, along with the false prophets who serve the Antichrist. The false prophet is the second beast and is responsible for getting people to take the Antichrist’s mark. This mark will go directly on the forehead or hand. Some believe that it will be in the form of vaccines or medical implant chips. This has caused many people to fear doctors and vaccinations. They wonder if the government is conspiring an attack against us? This is not the mark of the beast. We know this because the mark of the beast can only be given to those who worship the Antichrist.

Ultimately, there are two marks you can get on your forehead as a Christian. The mark of God or the mark of the Antichrist. As believers, we should desire to have God’s name metaphorically marked on our foreheads. There is no greater name. Wearing God’s name sets you apart from others and indicates who your allegiance is to. When God’s mark is on your forehead, there is no room for the Antichrist to place his mark on yours. Make a bold statement for God by proclaiming His glory to those around you. Once we choose God’s mark, we are forever changed. Our lives will never look the same. If you want God’s seal on you, repent and claim Jesus as your Lord and Savior. There is no greater mark than this. 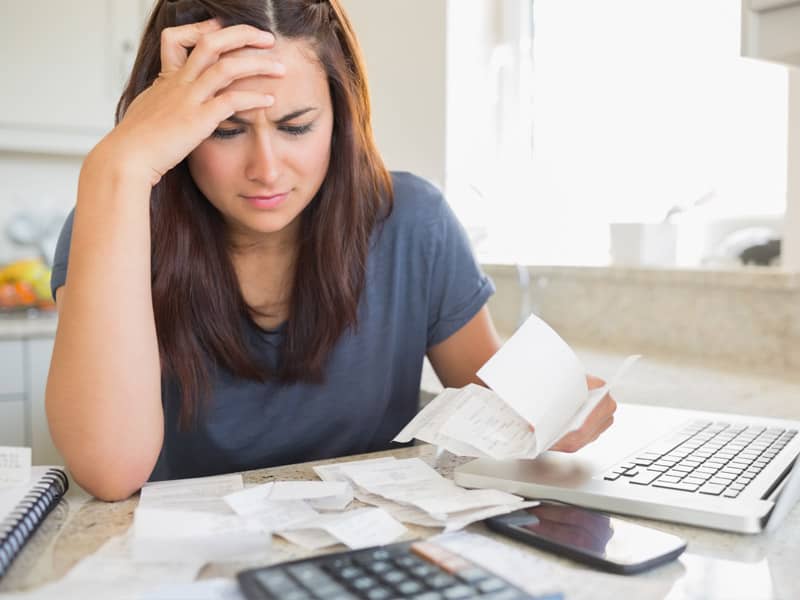 How to Reduce Financial Stress