Spiritual Warfare in the Christian Life

Not everything is an attack from Satan or demons. Yet, the forces of hell want to destroy the church - the church that proclaims Jesus Christ. 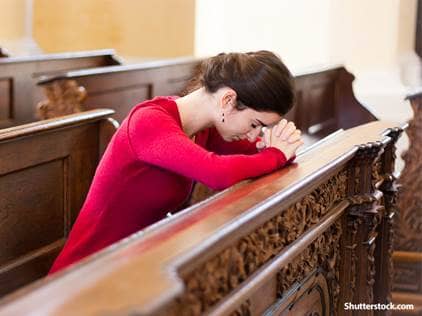 Spiritual warfare is a reality in the Christian life. The Book of Revelation describes a dragon aiming to consume a baby that is born of a woman clothed with the sun. This is most likely referring to Mary giving birth to Jesus. Even when Christ was born there was a battle. Later Herod killed all the male children two years and under to rid the world of the Messiah. But he did not succeed in killing Jesus. This act was truly diabolical. Diabolic means evil to the point of being demonic, but it also means to tear apart. These acts were a demonic scheme to rid the world of good. Since the early church, it has been said that there is a battle for our whole being - a battle for our souls. Demonic forces aim for the demise of souls.

Not everything is an attack from Satan or demons. Yet, the forces of hell want to destroy the church - the church that proclaims Jesus Christ. Yet, these demonic powers have been made less powerful, possibly even made impotent. Since Jesus Christ died upon the cross, death and the power of sin has been diminished. The prince of this world, Satan, made weaker. The victory has succeeded. The world is being remade and will be completely whole when Christ returns. Yet, sin continues to reign. Dark forces still lurk about. What are we to do about this attack upon ourselves and upon the church?

Before that question is answered, let’s look at the modern man. But the modern person doesn’t believe in powers of evil. Demonic power is psychological or myth, some would say. Or strictly human folly. Our thoughts can be skewed. And we cannot blame everything on an entity outside ourselves, “The devil made me do it.” Yet, evil exists. In Scripture, Jesus was tempted not by a series of psychological mind games while in the desert, but by Satan. Jesus cast out demons. Jesus even taught us to pray “deliver us from evil” or “the evil one.”

The desert father, Agathon said, “…Prayer is warfare to the last breath.” Pray the Lord’s prayer. Pray the prayer of St. Michael that he may defend us in battle. For our battles are not flesh and blood, but powers. Pray for protection that God’s holy angels will protect you from the enemy of our soul.

“All places shall be hell that is not heaven,” said Mephistopheles from Christopher Marlowe’s Dr. Faustus. It is the enemy of our souls’ desire to turn all things and places into an extension of hell. But hell will never trample the gates of the church. All that is evil is a twisting of what was once good. God created all things good and humans were the pinnacle of God’s creation. But the fall occurred, man’s choosing to disobey God. This had an affect on all of creation. Instead of due portion, there is greed. Instead of the physical act of love, there is lust. The human heart, the whole person wants to consume all things that the person cannot have. This is sin. Wanting something one cannot have.

Demons tempt. They cannot make us do anything. But they will suggest things. Whispers in the dark. The already vulnerable heart of a person is egged on. The closer one gets to God, the more the person sees their heart of darkness, filled with sin. Demons know our weaknesses and know what buttons to push. It is so easy to fall further into sin. A word. An action. One thing tips the piece over. That is why prayer is immensely important. Asking for protection. Asking for deliverance from the evil one, protection against temptation. Or if temptation arises to have the will and grace to run from it.

When a person is baptized, the person or godparent renounces Satan and his powers. The congregation also renounces Satan in the baptismal liturgy. In the Orthodox tradition, the person renounces Satan and then spits—in the act of spitting on Satan. The renunciation of evil powers is a good and powerful thing. But it also places a target on the Christian. Now Satan will do all in the powers of hell to make the convert stumble and fall. And in falling, make the person feel that there could never be reconciliation with God again. Satan did the same thing with Adam and Eve. Satan asked, “Did God really say that?” We question if God is really who he says he is. God of power, almost unapproachable. Yet He is the God of mercy, love, and justice. Jesus Christ, the only begotten son of the Father has reconciled us to God. Jesus has given the way to the Father once again. Jesus Christ is the doorway or the gate. We either renounce evil and follow Christ—going through the gate or we act in similitude with the world and with the evil one.

Temptation occurs in times of our human weakness. After Jesus was baptized, he went into the desert for forty days, where he was tempted by Satan. Satan hoped Jesus’ weakness would make him stumble. Jesus hadn’t eaten anything for forty days. Jesus knows our weakness. He has been tempted in every way, but never sinned. We sin all the time. We can turn to Jesus and receive His forgiveness. In doing so, we turn away from our sin and from Satan. We may fall again, but always turn toward Christ that he may forgive us in our repentance. Even death will not separate us from God.

Be vigilant. Surround yourself in prayer, with the fellowship of the church, of other Christians that we may not stumble. But when stumbling occurs, ask for Christ’s forgiveness and turn away from besetting sin. Satan and evil powers are a reality. They wish to destroy us and separate us from God, who is perfect love and mercy and perfect justice. We fight against our own sin, the world and its lies and deception, and the Devil. Ask the Lord, lead us not into temptation and deliver us from the evil one.

C. N. Dudek is a writer and editor and has written for Examiner.com as the Baltimore Christianity Examiner. You can read more about him at On the Galilean Shores.