In this essay, we are definitely not going to suggest that false teaching doesn't exist. It existed at the time of Jesus and Paul, and it exists today. What we are going to suggest is that many people are using the word “heretic” in ways that are not biblical and/or that do not align with its use in church tradition. And this, we believe, brings disrepute on the body of Christ. 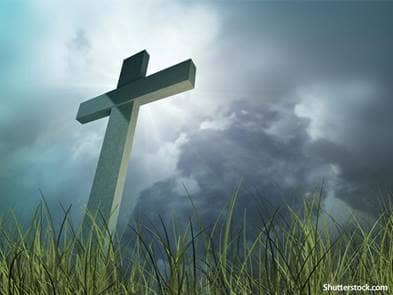 “Heretic.” It's a favorite word that many Christians have no problem dropping on the heads of their fellow sisters and brothers.

And we must not forget the many Fundamentalist groups who reserve the term “orthodox” only for people who agree with every one of their distinctive beliefs and/or practices.

2,000 years down the church history pike and the body of Christ is sliced and diced into over 33,000 fragments, some of which pull the heresy lever at everyone else without blinking.

In this essay, we are definitely not going to suggest that false teaching doesn't exist. It existed at the time of Jesus and Paul, and it exists today.

What we are going to suggest is that many people are using the word “heretic” in ways that are not biblical and/or that do not align with its use in church tradition. And this, we believe, brings disrepute on the body of Christ.

1. What does "heresy" mean in the New Testament?

2. What did "heresy" mean in early church history?

First, heresy wasn't the equivalent of false doctrine. Heresy was a specific practice, and a fleshly one at that.

According to Paul of Tarsus, to be a heretic meant that you formed a schism within a local body of believers. Thus, what qualified someone to be considered a heretic wasn't what they believed, but how they acted with their beliefs.

If a person divided a genuine church, they were guilty of heresy. Consequently, a person could be a heretic with the truth!

A Look at the Greek - According to Vine's Expository Dictionary, the Greek word hairesis denotes a choosing. The choice, says Vine, is an opinion that leads to a division or formation of a sect. "[It] properly denotes a predilection either for a particular truth or for a perversion of one,” he notes, “generally with the expectation of personal advantage."

In Titus 3:10, Paul says to "warn a divisive person once, and then warn them a second time. After that, have nothing to do with them."

Paul uses the word hairetikos in this passage and it means “a heretic.” But it doesn’t refer to a person who holds wrong beliefs. According to BDAG (Bauer and Dank’s Greek-English Lexicon), it “pertains to [one] causing divisions, factious, division-making, a division-maker.”

As we should expect, modern versions of the Bible translate it as, “anyone who causes divisions” (NRSV), “divisive man” (NKJV), “divisive person” (NIV), “factious man” (ASV; “NASB), “person who stirs up division” (ESV), “someone who causes arguments” (NCV), and “troublemakers” (CEV).

Not surprisingly, Paul lists hairesis (heresies or factions) as one of the works of the “flesh” (Galatians 5:20). A person who walks in the Spirit will always seek to build unity in the church. But a person who causes division walks in the flesh. Note that it's not the person’s belief that is a "work of the flesh." It’s their divisiveness.

As Ben Witherington notes in his social-rhetorical commentary on Galatians, hairesis (heresies) and dichostasiai (dissensions) in Galatians 5:20 both have in view those who “sever the body of Christ” and “use differences as an excuse to create factions.”

"Heresy” involved the dividing of a local assembly, not the rightness or wrongness of what the dividing party believed.

It’s true, of course, that a heresy could be created by someone pushing a false teaching on a local assembly, causing it to divide. Peter alludes to this when he warns that false teachers will secretly come into the church and introduce damnable hairesis (2 Peter 2:1).

To understand this verse, it’s important to remember our earlier point that hairesis refers not to the rightness or wrongness of a belief, but to a choice that leads to a division or the formation of a sect.

This is what false teachers are going to introduce into the body of Christ, according to Peter, and they will divide the body. This is why he says they are “damnable.” Again, division is a very serious thing to God.

In fact, this meaning is confirmed in the very next verse when Peter warns that "[m]any will follow their depraved conduct and will bring the way of truth into disrepute."

If these false teachers had not introduced a choice into these congregations that led to divisions, they would still be false teachers, but they would not be heretics, according to the New Testament definition of the term.

In this light, we may say that a person who embraces a doctrine that we believe is false is misinformed (at best) or deceived (at worst). We may even consider them to be a potential heretic. But unless they use their belief to divide a body of believers by causing others to follow them and their false doctrine, they do not fit the biblical definition of a heretic.

So, if we wish to be biblical in our use of the word “heresy” or “heretical,” we should not refer to them as “heretics.”

On the other hand, it’s evident from the biblical understanding of “heresy” that a person could be a heretic who wasn’t espousing a doctrine of any sort. Anyone who divides an authentic church for any reason would qualify as a “heretic,” according to the New Testament.

Peddling a Truth Heretically - As we mentioned earlier, a heretic could even be someone who espouses something good, but who does so in a divisive way.*  For example, suppose that a new church is planted. There is unity among the members. Their single focus is Jesus Christ. They are busy pursuing, knowing, loving, and serving Him together.

One day, Bob -- a member of the church -- announces, "I just discovered something I had never seen before. God's really loves the poor. And He wants us to help the poor more than we already are." Serving the poor was one of the ways this congregation served their community, but Bob, with his new found passion, wanted the church to be about little else.

Now, there's obviously nothing wrong with what Bob has said. And if Bob had submitted his insight to the community for prayerful discernment and given people time to grow into it, it might be that God could have used him to help this new congregation assign a higher priority to this ministry.

Unfortunately, this is not what Bob does. He grows frustrated that the community as a whole isn’t catching his passion quick enough, so he begins to frequently invite to dinner the dozen or so in the church who seem more “on board” with his passion.

Caught in a snare of self-righteousness, he begins to use these times to sow seeds of judgment among his guests toward those in the congregation who “don’t get it.”

Before long, Bob announces that he and his recruits are leaving the church to start a new one that will reflect God’s heart for the poor, according to Bob’s standards. And he encourages others to join them.

Bob has just created a church split. He thus qualifies as a “heretic” in the  New Testament sense of the word. Yet he is a heretic with the truth. Bob used a biblical truth in a fleshly way. He wielded it to create division among God's people.**

Heresy Later in Church History - Later in church history, most of the heretics -- those who were dividing God's people -- were peddling a false teaching. And so the word "heretic" came to be associated with false doctrine, very often doctrines that distorted the person of Jesus Christ.

But even in such cases, the label of “heresy” was only applied to people who not only denied the foundational doctrines of orthodoxy, but who actively worked against them.

In this light, we submit that the word “heretic” should be applied only to people who work against the historic orthodox church as expressed by these creeds. Interestingly enough, however, these creeds say nothing about the many topics over which Christians today liberally drop the H-bomb on their fellow sisters and brothers in Christ.

The Key Take Away - So what's our point?

Very simply, the way that countless Christians pull the lever of the H-bomb (heresy) on their fellow brethren today violates both the way the first-century Christians understood heresy as well as the later usage of the term in church history.

As we noted earlier, instead of reserving the word “heresy” for those who activity work against the church, and instead of accepting the Ecumenical creeds as the ultimate criteria of orthodoxy, many today set up their own particular belief systems as the standard of “orthodoxy” and then drop the H-bomb on any who merely believe differently.

Sadly, most of those who are wrongly called "heretics" by some fellow Christians today are people who are completely orthodox according to the historic Christian creeds and they are not dividing local assemblies. But some people have called them “heretics” simply because they hold to a particular view of Christ's coming, of ecclesiology, or of the gifts of the Spirit.

Others have been labeled “heretics” because they hold to a certain interpretation of Genesis 1, or to a particular understanding of God’s sovereignty, or of election, free will, or the nature of the future.

So our argument really boils down to this:
If a person holds to beliefs that are in line with the historical Christian creeds (Nicene, Apostles, Chalcedon) and they are not dividing a local assembly of believers, then to call them a heretic is a gross and perverted use of the term. And this kind of dubious branding grieves the Holy Spirit.

*For example, those who were creating division in the church in Corinth over their favorite apostle in 1 Corinthians 1 ("I'm of Peter," "I'm of Apollos," "I'm of Paul," etc.) were acting heretically with something that was good and approved by God (viz. apostles). While Paul doesn't use the word "heresy" or "heretical" to describe these specific divisions, he does use the term schismata in 1 Corinthians 1:10, which carries the same essential meaning.

**Keep in mind that we aren't saying that simply leaving a church (especially if it's truly a sect or is teaching false doctrine) isn't acting divisely. Nor is it divisive for a church to excommunicate someone based on unrepentant continued sin after many attempts have been made to urge them to repent (see Matt. 18). We aren't speaking about such situations.

Frank Viola is a Christian author and has written many books including Jesus Now (new), God's Favorite Place on Earth, and From Eternity to Here. He blogs regularly at frankviola.org. Check out his FREE eBook, DISCIPLESHIP IN CRISIS . Greg Boyd is Senior Pastor, Woodland Hills Church (Maplewood, MN) and President of ReKnew Ministries. He blogs regularly at reknew.org .