Are There Different Levels of Punishment in Hell?

What does Scripture tell us?

Heaven is a place we can look forward to and the Bible gives us many details on what heaven will be like. We know it is one of the greatest places we have to look forward to because the struggle of sin will finally be over. We know that in the kingdom of heaven “nothing unclean will ever enter it, nor anyone who does what is detestable or false, but only those who are written in the Lamb’s book of life” (Revelation 21:27). According to compellingtruth.org, this book of life was written before the foundation of the earth, includes every believer, includes those who refuse to worship the Beast, will have white garments and will reign with Christ forever in eternity. If your name is not written in the Lamb’s book of life, your eternal destiny is not in heaven. It is hell.

There is no place scarier than hell. Even if we think about the worst of all possible suffering on Earth, it doesn’t compare to the realities of hell. Scriptures uses descriptive language of hell which gives us some idea of what hell will be like. Revelation 20:10, 15 says, “And the devil, who deceived them, was thrown into the lake of burning sulfur, where the beast and the false prophet had been thrown. They will be tormented day and night and forever and ever…Anyone whose name was not found written in the book of life was thrown into the lake of fire.” When it comes to the question of whether or not there are different levels of punishment in hell, the best place to turn to is Scripture.

The Bible doesn’t tell us directly that there are different levels of punishment in hell; however, it does seem to show us that judgment will be experienced differently for different people. Revelation 20:12 says, “And I saw the dead, great and small, standing before the throne, and books were opened. Then another book was opened, which is the book of life. And the dead were judged by what was written in the books, according to what they had done.” We also can tell from Scripture that everyone who receives this judgment will be thrown into the lake of fire.

Luke 12 seems to also that hell has different levels of punishment. These words come directly from Jesus Christ. Luke 12:47-48 says, “The servant who knows the master’s will and does not get ready or does not do what the master wants will be beaten with many blows. But the one who does not know and does things deserving punishment will be beaten with few blows. From everyone who has been given much, much will be demanded; and from the one who has been entrusted with much, much more will be asked.” Reading these verses seems to imply that there are different degrees of punishment in hell.

When it comes to hell, the Bible actually gives very few particulars about it. What we do know is that hell is a place with different dimensions. Hell is not only hot, but also dark and a place that the living dead can dwell. We also know that it was originally intended for demonic spiritual beings, not people. The Bible tells us, “Then he will say to those on his left, ‘Depart from me, you cursed, into the eternal fire prepared for the devil and his angels;'” (Matthew 25:41). The experience of being in hell is compared to burning. The Bible says, “And if your hand causes you to sin, cut it off. It is better for you to enter life crippled than with two hands to go to hell, to the unquenchable fire” (Mark 9:43). We are also told in Luke 16:24, “And he called out, ‘Father Abraham, have mercy on me, and send Lazarus to dip the end of his finger in water and cool my tongue, for I am in anguish in this flame’” (Luke 16:24).

We are also told in Scripture that hell is like darkness. The Bible says, “Then the kind said to the attendants, ‘Bind him hand and foot and cast him into the outer darkness in that place there will be weeping and gnashing of teeth’” (Matthew 22:13). Hell is also associated with intense grief and horror.

Comfort and belief in the existence of heaven, but rejection of the existence of hell can be blamed on inaccurate assumptions about what hell is. Hell is frequently imagined as a burning wasteland, a dungeon of cauldrons and pitchforks, or an underground city filled with ghosts and goblins. These popular depictions of hell often involve a flaming torture chamber or a spiritual jail where evil things reside – and where goof things travel to battle evil. But these popular depictions don’t capture what hell is. In fact, this version of hell does not exist. The details about hell that are given in the Bible don’t match popular myths.

The Bible does not explicitly what hell is or how exactly it functions. However, what the Bible does make clear is that hell is real, eternal and should be avoided at all costs.

Despite the Bible’s clear teaching of both heaven and hell, it is not unusual for people, including some Christians, to believe in the reality of heaven while rejecting the reality of hell. A lot of this has to do with wishful thinking. It’s easier to accept the idea of a happy and comfortable afterlife, but damnation isn’t quite so appealing. This is very similar to the mistake so many people often make when it comes to dangerous behaviors. The assumption that we will get what we want overrides the unpleasant but rational view that things might not end well. 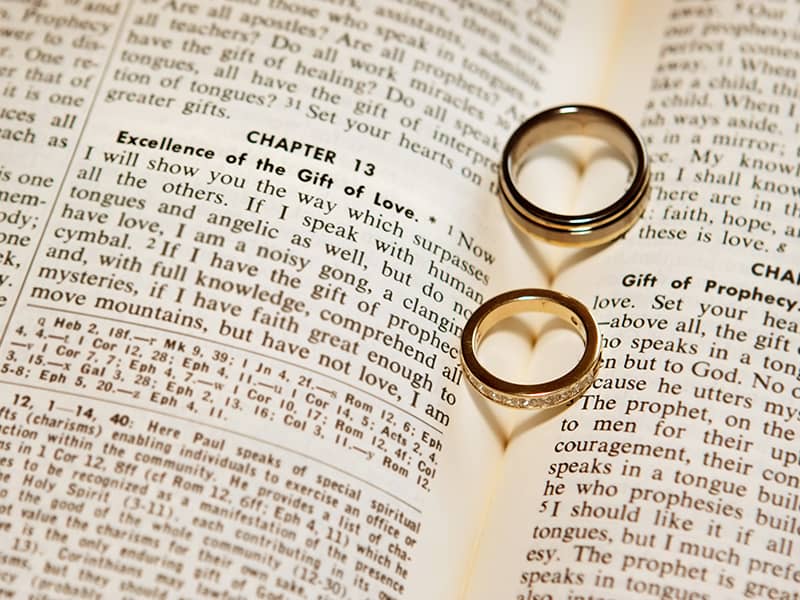 Biblical Couples Your Marriage Can Learn From