Many believers don’t know the answers to these questions.

Hell is mentioned in the Bible numerous times including in Matthew 8:12, which says, “The children of the kingdom will be driven out into the darkness where there will be wailing and grinding of teeth.”

Hell is also mentioned related to internal destruction in 2 Thessalonians 1:9 which says, “These will pay the penalty of eternal ruin, separated from the presence of the Lord, and from the glory of His power”. Hell is also described in great detail in Revelation 14:11 which says, “The smoke of the fire that torments them will rise forever and ever, and there will be no relief day or night for those who worship the beast or its image or accept the mark of its name”. From these descriptions of hell in the Bible, we know that it is a place of final judgment and a place of anguish.

There is no place on earth that truly compares to hell. No human truly has a sense of what hell looks like or feels like. No experiences of pain and torment on this earth parallel the pain and torment one would experience in hell. It is even hard to comprehend what hell is like from the Bible’s descriptions.

As believers, we know that hell is very real but it is still hard to fully comprehend. Descriptions of hell are dark and scary. While it’s not easy to wrap our minds around it, as Christians we have to fully understand it to understand God and His love for us. Here are five questions about hell answered.

Is hell a real place?

You may be astonished how many believers don’t believe or accept that hell exists. For those who doubt it, God has given us substantial evidence that Hell does exist in His infallible message to us. If you don’t believe hell exists, consider these words from Jesus: “I tell you, my friends, do not be afraid of those who kill the body and after that can do no more. But I will show you whom you should fear: Fear him who, after your body has been killed, has authority to throw you into hell. Yes, I tell you, fear Him” (Luke 12:4-5). If you don’t believe hell exists, you don’t trust God’s Word or truth.

Will we suffer in hell?

Scripture is clear that hell is all about suffering. Hell is often depicted as a place similar to that on earth today, with people running around killing and committing evil acts. If you think hell is anything like this, you are up for a rude awakening. Hell was designed as a place of horror, torment and torture. That’s why it is repeatedly referred to as a lake of fire and brimstone. The Bible warns that we not make light of this evil. The Bible tells us, “For the waywardness of the simple will kill them, and the complacency of fools will destroy them” (Proverbs 1:32). The only concern in hell is how bad the pain is.

Does Jesus ever mention hell?

Does God send us to hell because He is angry with us?

Hell is not a place that God sends you when He’s upset with you, or turned off by something you’ve done. There’s a common misconception that God sends people to hell. This is wrong. People send themselves to hell when they reject Christ. Yes, those who do not accept Jesus will go to hell but that’s because of their own choosing. Our God is a God of love. When we are born again through the waters of baptism and make Christ the center of our lives, we have no place in hell.

Hell seems like a scary place and truthfully, it is. Suffering in hell is filled with great anguish and is not a place we want to spend the rest of eternity. However, for those who think that people are destined to go to hell with no hope are missing a really important component to our relationship with God: His grace. God gives us what we don’t deserve. God’s Will is that we are saved, that we turn to Jesus and receive forgiveness for our sins. Those who go to hell are isolated from everything else, permanently cut off from God and everything that is good. So what’s the good news? There is hope with God and the great thing about God’s love is that we can all be saved. 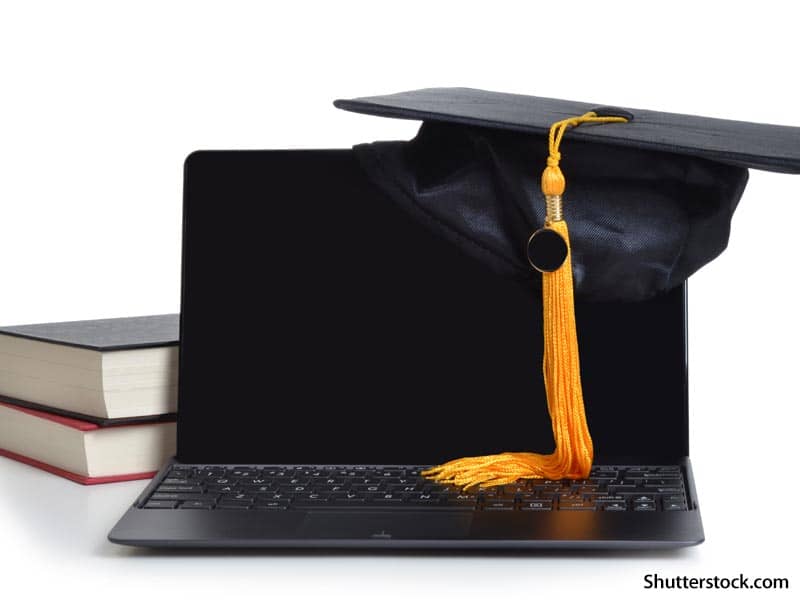 5 Reasons Why Online Degrees Are a Good Choice