What Does the Bible Say Hell Will Be Like?

The Bible describes the eternal torment that you will find in Hell.

No one, especially Christians, are fond of the idea of hell. It’s scary to think that people who have not been saved by Jesus could spend an eternity suffering there. Hell, though, is a difficult reality we must accept. The Bible is a great place to look to learn more about hell. Getting the correct information can ease your worries about the place, and help you teach others the truth. Here is what the Bible says, which can frame your idea about hell.

We do not know for sure what hell will look like, or how hot it will be. Most of the descriptions of hell merely describe the fate of its inhabitants, rather than how it looks. Scripture uses descriptive language of hell though that can help us shape an idea. The Bible describes it as a fiery inferno and a place of torment.

Some take the Bible’s descriptions of hell to be symbolic, while others take it more literally. There are times in the Bible where the description of hell doesn’t quite make sense. For example, Matthew 25:41 pictures hell as a fiery place, while Matthew 8:12 says it’s complete darkness. Because God can do anything, there is definitely a possibility that He could create dark fire. Regardless, even if the language describing hell is symbolic, the place itself is real.

What Happens in Hell?

In Matthew 25:41 the Bible says, "Depart from Me, you cursed, into the everlasting fire prepared for the devil and his angels.” The original purpose of hell and its fire was for the ultimate destruction of Satan, sin, and his angels. Hell is also for the people who chose not to follow Christ and accept them in their hearts. Romans 2:8, “But for those who are self-seeking and who reject the truth and follow evil, there will be wrath and anger.” On the other hand, Matthew 25:33-34 points out that those who choose Christ will “inherit the kingdom prepared for you from the foundation of the world.”

Revelation 20:10, 15, describes what will happen in hell, saying “And the devil, who deceived them, was thrown into the lake of burning sulfur, where the beast and the false prophet had been thrown. They will be tormented day and night for ever and ever...Anyone whose name was not found written in the book of life was thrown into the lake of fire.”

We can be assured that hell is a terrible, terrifying place. Some punishments in hell the Bible describe include: smoke of their torment, no rest day or night, weeping and gnashing of teeth, tormented, death, and destruction.

Possibly the most terrifying aspect of hell is its duration. The suffering is eternal and has no end. For many, this realization of the concept of hell drives them to Christ. It is only by repentance and faith in Christ that we can be saved from this possible wrath. Hell is the culmination of telling God to “get out.” When someone keeps telling God to leave them alone, and finally God says, “Okay.”

What did Jesus say about hell?

Jesus spoke about hell more than anyone else in scripture. Why did He do this? Jesus wanted us to see what He was going to endure on the cross on our behalf. On the cross, Jesus’s punishment was pull of pain and heartbreak before he slowly suffocated to death. Hell magnifies for us the love of God by showing us how far God went, and how much he went through, to save us.

Jesus says it is a place of eternal torment (Luke 16:23), of unquenchable fire (Mark 9:43), where the worm does not die (Mark 9:48), where people will gnash their teeth in anguish and regret (Matt. 13:42), and from which there is no return, even to warn loved ones (Luke 16:19–31). He calls hell a place of “outer darkness” (Matt. 25:30), comparing it to “Gehenna” (Matt. 10:28), which was a trash dump outside the walls of Jerusalem where trash was burned and maggots abounded. There’s no denying that Jesus knew, believed, and warned against the absolute reality of hell.

One day, all that is wrong will be made right.

We’ll see all God’s ways as good, including the demonstration of His eternal justice. First Thessalonians 1:9–10 says "Hell, although we do not know exactly what it will look like, will be a place of unending suffering and torment from which there will be no escape. Therefore, now is the day of salvation. Now is the day for all to repent and believe the gospel. Now is the day for us to proclaim the good news that Christ has come to save sinners who trust in Him for forgiveness. Those who look to Christ now will be saved from the wrath to come." As Christians, we can find peace in knowing that we are saved from an eternal life of suffering because we chose to follow Jesus. Continue to seek Him out, and your heart will be prepared for Heaven.
Megan Bailey is the Social Media Specialist and Content Producer for Beliefnet. She attended James Madison University where she received a degree in psychology. 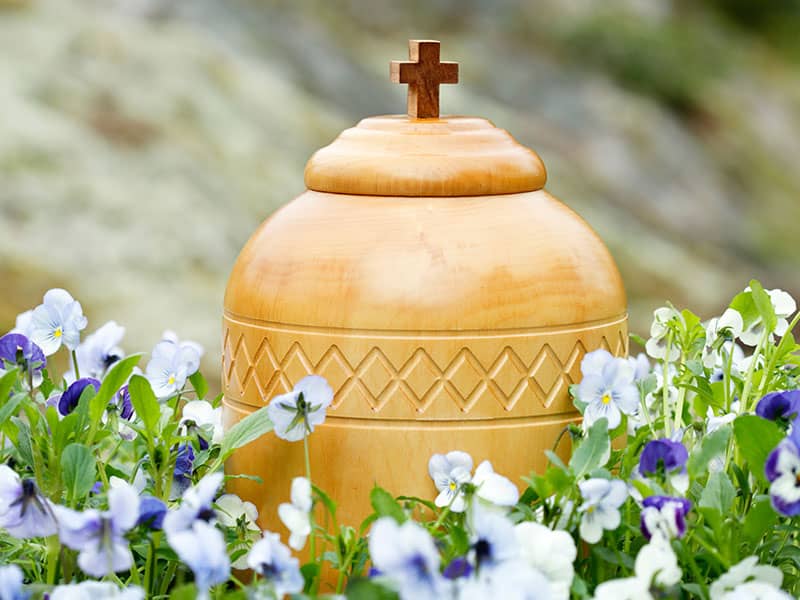 What Does the Bible Say About Cremation?