3 Practical Ways to Put Your Faith in Action

Because faith without works is dead. (James 2:17)

Christianity is at its heart a very practical religion. The teachings of Jesus, essentially, are about how we should relate to one another and to God. Jesus’ teachings effectively are a manual for how we are supposed to operate in this world.

That makes Christianity a very simple religion to understand, but a hard one to follow. We are called to love others and forgive freely. Admittedly, that isn’t easy. That is why people like to turn the Christian conversation to things that don’t matter.

“Do you go to the right church?”

“How often do you go to church?”

“Look at me! I have a bumper sticker/tattoo/necklace which advertises my Christianity. Do you?”

“Do you talk about Jesus on your Facebook page? I do!”

Unfortunately, those are all just distractions. Where you go to church, how often you attend and what you wear just doesn’t matter in the Christian walk. And it is irrelevant whether you are advertising your faith on social media.

So, we’d rather prattle on about Jesus on social media and think that our public display is sufficient. It isn’t. That isn’t even the point.

The hard part of the Christian walk is that it often calls for us to do what we absolutely don’t feel like doing. For instance, if you really want to follow Jesus, you should be visiting people in prison. You should be feeding and clothing the poor. You should be forgiving every person who has wronged you or upset you.

And after you’ve done all that, for heaven’s sake don’t brag about it. Be satisfied knowing that God sees your good works. That is the real Christian walk. It is no small wonder that we’d rather post “I (heart) Jesus” on Facebook and call it a day.

Putting our Christian faith into practice isn’t easy. I’ve never known anyone who does it perfectly. I’ve known pastors, theologians, and even just regular folks who wear their Christianity on their sleeves. None are consistently kind, forgiving or generous people. And all, on occasion, can be judgmental or rude. That is because they are all human, and they all have failings.

The good news is that being a follower of Jesus doesn’t require perfection. It simply requires that we try.

Below are some practical ways to put your faith into real action. Consider incorporating them in your life, and see your Christian walk become more meaningful.

Help someone who you don’t know.

We all help our blood relations. We may help our parents, siblings, or aunts and uncles. And we certainly help our children! That is to be expected.

But there are many vulnerable people in this world who have no one to help them. And as Christians, we are called to help those people. Unfortunately, doing that makes us uncomfortable. So, we come up with excuses:

“That person has made bad choices in life. That is why he or she is in a pickle. Why should I help him?”

“That person lives in a foreign country. Shouldn’t I really be helping people in my own country?”

“Shouldn’t his family be helping him? I don’t need to get involved.”

We are called to help the poor, the hungry, the hurt and the lonely. Period. We aren’t asked to make an assessment as to whether they are deserving. That isn’t our job. So, if you want to put your Christianity into actual practice, help someone who you don’t know.

As Christians, we also are called to fight against injustice and defend the oppressed. We just are asked to do that in a peaceful manner, as well. And that is difficult! It is a lot easier to yell at people and tell them off. It takes maturity and wisdom to address injustice in a quiet and reserved manner.

That is why Mahatma Gandhi and Martin Luther King, Jr. are famous. They were peaceful even in the face of extreme injustice. As Christians, we are called to do the same. We are called to peacefully respond to injustices in our own lives, and in the lives of others. We aren’t expected to ignore the unfairness of life. We simply are asked to respond peacefully.

We all struggle with the desire to judge others. Even many of our churches judge people. They judge people based on a person’s sexuality, or whether they are divorced. Being judgmental is a temptation for everyone.

However, as Christians, we are not called to judge other people. Judgment is God’s job. Our job is to love other people. And we can’t love others if we are spending our time coming up with lists of all the ways that they aren’t good enough.

I am related to certain people who profess to be very devout Christians. They wear their Christianity on their sleeves. But they are so profoundly judgmental of others, that they cannot love other people. They can’t have relationships with and be kind to people who don’t hold the same beliefs that they do.

The problem with that attitude is that we are all flawed. For example, I might be able to judge someone because they are financially irresponsible, whereas I am careful with money. But I cannot judge anyone for being impatient because I have issues with patience! And frankly, I’m in no position to judge anyone for any reason. That is because I am a flawed human being in need of God’s forgiveness, like everyone else.

Now, of course, judging others feels good! If I can spend my time identifying your flaws, then I don’t have to deal with my own. But as Christians, that is the opposite of what we are called to do. We are called not to judge. Rather, we are called to forgive and to love others. And we are called to work solely on ourselves, so that we can be more in line with who God would like us to be.

Ultimately, if we really want to put our Christianity into practice, we have to do what is uncomfortable. We have to help people who we don’t know. We have to be peaceful when we are angry. And we have to stop running around judging others. None of that is easy. But while the Christian path isn’t an easy one, it is a path that will lead you to the best life possible.

Meerabelle Dey holds a B.A. in History and Religious Studies from the University of Toronto and a J.D. from Fordham University School of Law. To read more from Meerabelle, visit her column Your Morning Cup of Inspiration. You also can follow her at meerabelledey.com. 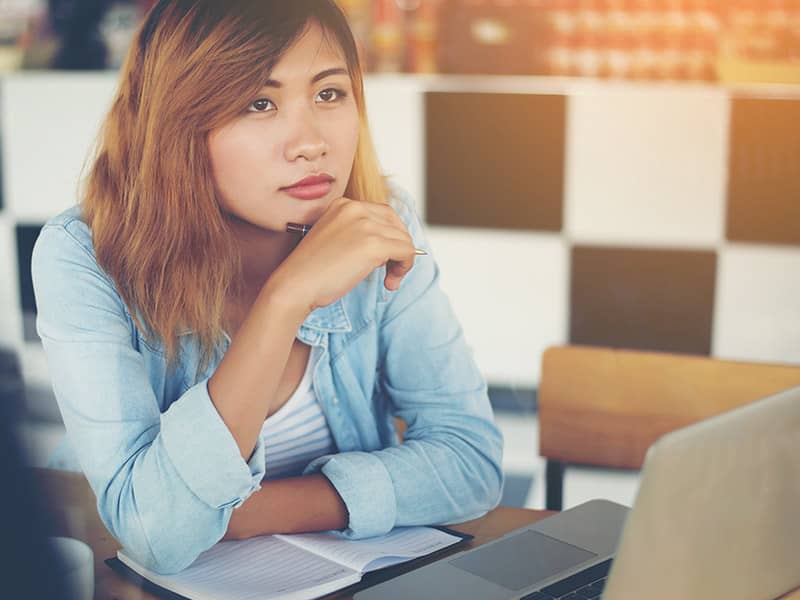 3 Ways to Stay Encouraged During a Difficult Season

more from beliefnet and our partners
Add some inspiration to your inbox.
Sign up for Beliefnet's Bible Reading newsletter.
From time to time you will also receive Special Offers from our partners
Meerabelle Dey