There is a Patron Saint For That?

There really is a Patron Saint for everything.

The early Church Fathers not only clearly recognized the Biblical teaching that those in heaven can and do intercede for us, but they also applied this teaching in their own daily prayer life. Many Catholics are familiar with patron saints to call on for every day struggles who can intercede for us. Through the prayers of these Saints, we are healed, protected and are granted a host of other graces. But there are also an endless number of patron saints that many Catholics aren’t familiar with that some might consider to be pretty random. You name it, the Church probably has a Saint for it. Ultimately, this shows us that there is a Saint for every need.

St. Isidore of Seville – The Patron Saint of Technology, Computers and the Internet

You may be surprised to know that there is a Patron Saint of Technology, Computers and Technology. In 1997, Pope John Paul II decided that the internet could use a patron saint to guide Catholics in its proper use. He chose Saint Isidore of Seville (560-636), Doctor of the Church, and last of the Latin Fathers. His twenty-book opus called Etymologia, made him an easy choice. The word “etymology” was Isidore’s own coinage. It means “the study of origins.” Today, the term is limited to the history, or origin, of words.

You may find his name to be a bit ironic, but St. Expeditus is indeed the Patron Saint of Procrastination. He was one of six Armenian Christians, probably all soldiers, who were martyred in the fourth century. How he came to be the Patron Saint of Procrastination is a bit complicated. In the 19th century, the relics of a martyr, along with a statue, were shipped from Rome to a convent in Paris. Neither the relics nor the statue was labeled, but the shipping crate was marked “Spedito,” which the sisters took to be the Saint’s name (it actually means “sent” in Italian). They latinized it to St. Expeditus, and devotion to him spread across France, then to New Orleans and on to South America. St. Expeditus is always depicted as a Roman soldier, holding a cross above his head bearing the word Hodie, Latin for “today,” and trampling on a raven marked Cras, Latin for “tomorrow.”

St. Drago – The Patron Saint of Coffee and Coffehouses And Unattractive People

St. Drogo was a Flemish nobleman who was reportedly able to bilocate, maintaining his presence in two locations at once. Witnesses claimed seeing Drogo working in fields simultaneously, and going to mass every Sunday. He is the Patron Saint of Coffee and Coffeehouses likely because of his peculiar talent for multitasking.

St. Drogo was also so afflicted by a mystery ailment that made him physically repulsive that he’s now considered the Patron Saint of Unattractive People.

St. Anthony the Great – The Patron Saint of Graveyards and Gravediggers

The common story of St. Anthony the Great is that he was an Egyptian Christian monk who lived in a tomb for some years to overcome the temptation of ‘boredom, laziness and the phantoms of women,’ and thus is known among other things as the Patron Saint of Gravediggers.

Descriptions paint him as uniformly modest and courteous. His example led many to take up the monastic life, and to follow his way. Friend late in life of St. Paul the Hermit, and buried the aged anchorite, leading to his patronage of gravediggers.

Cornelius was dragged kicking and screaming to the papacy in 251. He knew it was a death sentence, since the Romans had stepped up their persecution of the Christians and any pope was sure to meet a swift demise. Pope Cornelius enjoyed a relatively lengthy tenure, not being martyred for two whole years before his neck met with the sharp end of an ax.

Because St. Columbanus spent much of the 6th and 7th century roaming around Europe and that love of the open road has led to him being considered the Patron Saint of Motorcyclists.

Columbanus was not always drawn to the religious life. He came from a powerful, well-to-do family; he was well-educated and very good looking, which attracted the attention of the young women of Ireland. It was the kind of life most young men dream of, but when a holy woman told him that his freewheeling ways put the salvation of his soul at risk, Columbanus, perhaps for the first time in his life, examined his actions. Ultimately, he decided to give up all the pleasures he loved and become a monk.

Catholics pray to those who can ask God to help with various needs in accordance with God’s Will. There is no need to small. Catholics regard heavenly intercessors not only as sources of inspiration, but also as good neighbors. Saints are faithful and reliable friends who come to our aid during times of trouble. Although times change, our need for the help of the saints in all situations remains constant. 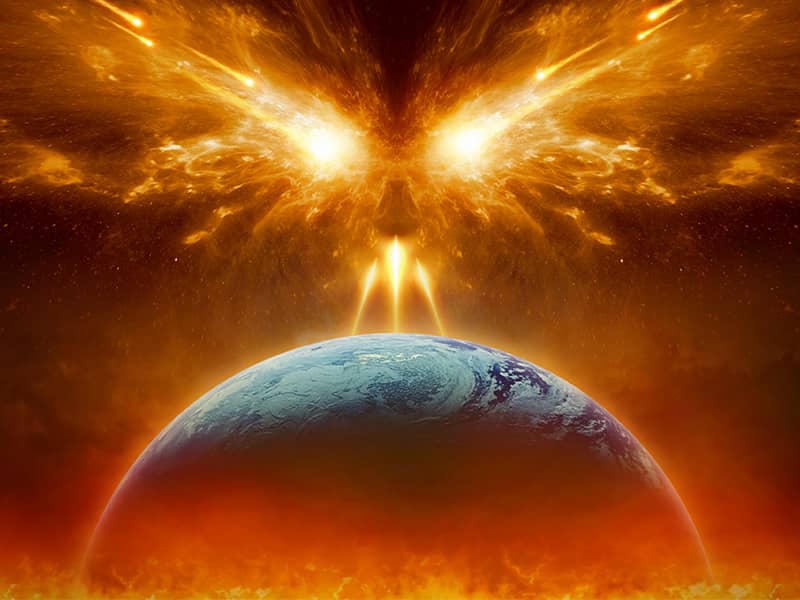 more from beliefnet and our partners
Add some inspiration to your inbox.
Sign up for Beliefnet's Saint of the Day newsletter.
From time to time you will also receive Special Offers from our partners
Lesli White