The Misunderstood Ministry of Exorcism

Few know the truth about this Catholic healing ministry.

Ever since William Peter Blatty published “The Exorcist” in 1971, the world has been obsessed with the battle against the demonic. Since then, exorcisms have been featured in numerous films, books, and television shows.

More than becoming a staple of fictional horror, the specter exorcism has crept into the real lives of many. According to a recent report from The Guardian, the number of American exorcists has quadrupled over the past decade due to increasing demand for the Rite of Exorcism.

This increasing demand has been noticed at the highest levels of the Catholic Church, with Pope Francis releasing a recent statement advising churchgoers to seek an exorcist if they suspect demonic activity is at work.

The Roman Catholic Rite of Exorcism is, at its core, a healing ministry. It is the last line of defense for those suffering from what they believe is demonic affliction, which, according to Father Gary Thomas, subject of Matt Baglio’s “The Rite,” includes an aversion to the sacred, speaking unknown languages, rolling of the eyes, and strange contortions of the body.

But according to many exorcists, as well as those who claim to have been tormented by spiritual evil, demonic attack goes beyond mere physical symptoms, amounting to what is psychological torture as sufferers are subject to horrific images, obscene temptations, and inexplicable fears.

These demons are fallen angels which are jealous of humankind’s place in creation, and will do anything to cut people off from God, according to Fr. Thomas. And while they are restrained, in many ways, by the hand of God, many who come to exorcists do so in a state of absolute terror.

The role of the exorcist is to alleviate this form of suffering, which is on the rise like never before. Pope Francis blames this on the simultaneous fall of organized religion and the rise of spirituality, which has revived public interest in “occult” knowledge and activities.

But despite the intense interest in exorcism, this is a ministry that remains shrouded in mystery. Exorcism is not a topic many priests speak of willingly. Some are sincerely afraid of the demonic. Others think the ministry of exorcism is a relic of the past that only serves to discredit the Church. Combine this with the fact that few parishes have an available exorcist to whom the public can speak, and you have a recipe for mystery.

But one thing is clear: where there is mystery, there is misunderstanding. The job of an exorcist is a difficult one, not only because of what they face, but because of the misconceptions concerning their role in the Church.

Exorcism Not a Cinematic Experience

One of the most common misconceptions concerning the ministry of exorcism is that is looks like those we see on film, complete with levitation, spinning heads, and demonic vocalizations.

While many exorcists have seen sincerely strange things on the job, such as a girl who vomited up antique nails, a dresser that began to slide across the floor, and even a force which attacked an exorcist’s mind, things aren’t normally so cinematic.

In fact, most exorcisms go by with little else than a prayer and a “thanks.”

Fr. Thomas stresses that it’s not the horror aspect of an exorcism that’s important—it’s the “struggle of faith.” It’s the healing.

A Distraction From the “Real Issues”

There is another misconception regarding the ministry of exorcism that is more grave in nature: the charge that the Catholic Church responding to demonic attack in a greater way only to deflect attention away from the sexual abuse crisis within the priesthood.

It is true that the Catholic Church is mired in an abuse crisis. Case after case appears in the media, each seemingly worse than the last. But as any priest will tell you, it is good that these abuses are cast into the harsh light of public scrutiny so that they can be stopped. The Church doesn’t want this scandal to be covered up and swept away. They want justice.

And so to say that exorcism is a light-show meant to take public scrutiny away from this problem is a common accusation that simply doesn’t match up with the priestly mindset. They’re healers and protectors, and take their role very seriously.

This accusation, according to Fr. Thomas, is the result of “cynical ignorance of the power of personified evil.” Many simply don’t realize, he feels, that spiritual evil is a real threat that the Church must face every day.

According to the Church, exorcism isn’t a distraction from the real issues. It is one.

Exorcism as a Relic of the Past

This final misconception about exorcism is one that threatens to undermine the ministry not only from the outside, but also from within. Many—some priests included—feel that the ministry of exorcism is an embarrassment to the church, and that it’s simply a relic of the past that has no real relevance in our fact-driven, science-studied world.

Exorcism isn’t as backward as some might assume. This isn’t a case of a churchgoer being caught doing something sinful and being bundled away into a little room and forcibly prayed over.

But exorcists are very careful—almost scientific—in how they practice their role. Demonic possession, an exorcist will tell you, is exceedingly rare, and most strange occurrences and mental disturbances are not due to supernatural attack.

Before ever uttering a word of the Rite of Exorcism, an exorcist will thoroughly interview a client, send a him or her to a psychiatrist, and then to a medical doctor. It is only when all other naturalistic possibilities are ruled out that exorcism becomes an option.

“I think what’s fair to say,” says Fr. Thomas,” I get lots of desperate people, and they’re suffering, every one of them suffering, and it’s a matter of what’s the cause of the suffering. That’s my role—what’s the root cause of their suffering? It’s not like giving them the penicillin shot in the ER because you know that’s going to make them feel better. I get lots of requests for exorcism. I say that I don’t do them on demand. It doesn’t work that way.”

So, no—the ministry of exorcism isn’t based on archaic notions of reality. Exorcists are there to heal when all natural remedies are exhausted, to help the oppressed and the afflicted when their suffering cannot be explained by any means.

And they do. Many testify to the healing power of exorcism. No matter what you feel about the existence of demons, there is little to criticize in that.

The ministry of exorcism isn’t about sensationalism, diverting attention away from key issues, or about meaningless rituals. It’s about helping people, and if you ask any of the many people who have been helped, it’s an effective one. In the Christian Bible, Christ, Himself, performed exorcisms in order to both show the power of God, as well as to heal, doing so out of love. Exorcists seek to follow His example.

But still, we fear the unknown. It’s a part of the human makeup. And because the ministry of exorcism works at the very fringes of our understanding of reality, it arouses a natural suspicion.

Some even open deride the ministry, but as one prominent exorcist told The Guardian, “If you downplay it and make fun of it, you can convince yourself more and more that evil is not real.”

Don’t let fear keep you in the darkness of ignorance. 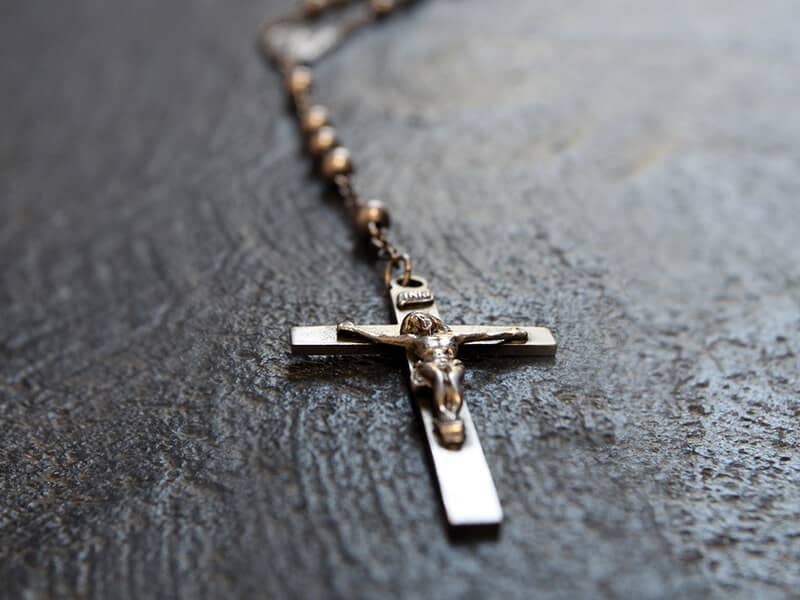 5 Transformative Ways to Live Out Your Catholic Faith

more from beliefnet and our partners
Add some inspiration to your inbox.
Sign up for Beliefnet's Saint of the Day newsletter.
From time to time you will also receive Special Offers from our partners
Wesley Baines