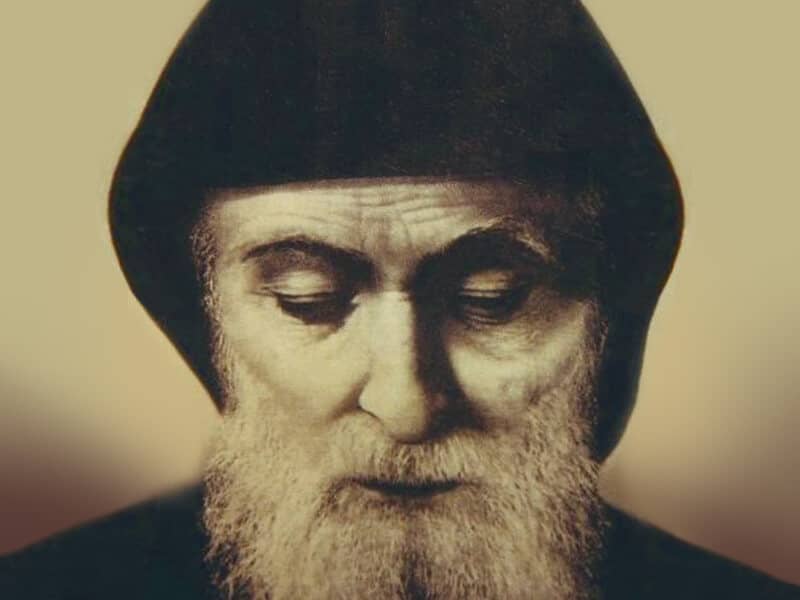 Although this saint never traveled far from the Lebanese village of Beka-Kafra, where he was born, his influence has spread widely.

Joseph Zaroun Maklouf was raised by an uncle because his father, a mule driver, died when Joseph was only three. At the age of 23, Joseph joined the Monastery of St. Maron at Annaya, Lebanon, and took the name Sharbel in honor of a second-century martyr. He professed his final vows in 1853 and was ordained six years later.

Following the example of the fifth-century St. Maron, Sharbel lived as a hermit from 1875 until his death. His reputation for holiness prompted people to seek him to receive a blessing and to be remembered in his prayers. He followed a strict fast and was very devoted to the Blessed Sacrament. When his superiors occasionally asked him to administer the sacraments to nearby villages, Sharbel did so gladly.

He died in the late afternoon on Christmas Eve. Christians and non-Christians soon made his tomb a place of pilgrimage and of cures. Pope Paul VI beatified him in 1965 and canonized him in 1977.