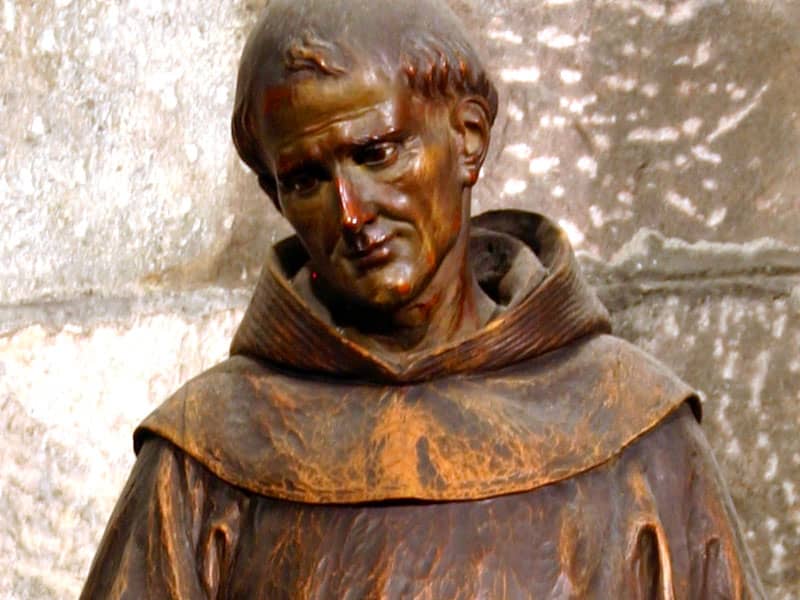 Peter lived at a very busy time. The Great Western Schism (1378-1417) was settled at the Council of Constance (1414-1418). France and England were fighting the Hundred Years’ War, and in 1453 the Byzantine Empire was completely wiped out by the loss of Constantinople to the Turks. At Peter’s death the age of printing had just begun in Germany, and Columbus's arrival in the New World was less than 40 years away.

Peter came from a wealthy and pious family in Valladolid, Spain. At the age of 13, he was allowed to enter the Conventual Franciscans. Shortly after his ordination, he was made superior of the friary in Aguilar. He became part of a group of friars who wanted to lead a life of greater poverty and penance. In 1442 he was appointed head of all the Spanish Franciscans in his reform group.

Peter led the friars by his example. A special love of the poor and the sick characterized Peter. Miraculous stories are told about his charity to the poor. For example, the bread never seemed to run out as long as Peter had hungry people to feed. Throughout most of his life, Peter went hungry; he lived only on bread and water.

Immediately after his death on March 31, 1456, his grave became a place of pilgrimage. Peter was canonized in 1746.